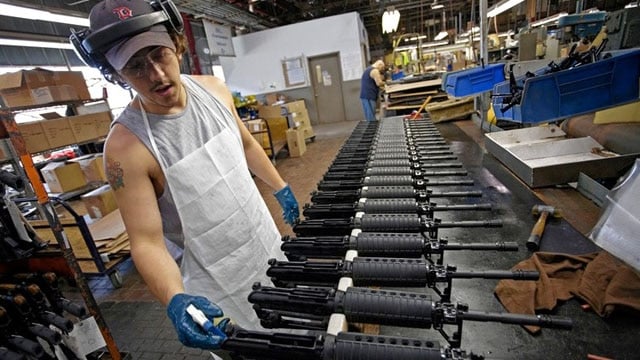 “If the dream of retail exporters of firearms, components or accessories is for international transactions to be no more complicated than domestic sales, ECR will put that dream almost within reach for sellers who implement the right systems,” said Jeff Grody, of Orchid Advisors, in a blog post on Monday.

The rule change would give American manufacturers more leeway to sell guns internationally. Lawrence Keane, senior vice president for the National Shooting Sports Foundation, said in September relaxed restrictions would boost annual gun sales by as much as 20 percent.

“One of the guideposts we used in writing the proposed policy change was to look at what’s commercially available in sporting goods stores in the United States — products where the majority of the end users are not military,” a senior Commerce Department official told The Washington Times.

The proposal removes non-automatic and semi-automatic firearms from ITAR categories I and II. Corresponding parts and ammunition will no longer remain in category III. Firearms dealers large and small would no longer pay a $2,250 ITAR registration fee or a $250 licensing fee.

Instead, the products will transfer to the EAR and undergo far less scrutiny.