American Medical Association: We 'must not back down from addressing gun violence' 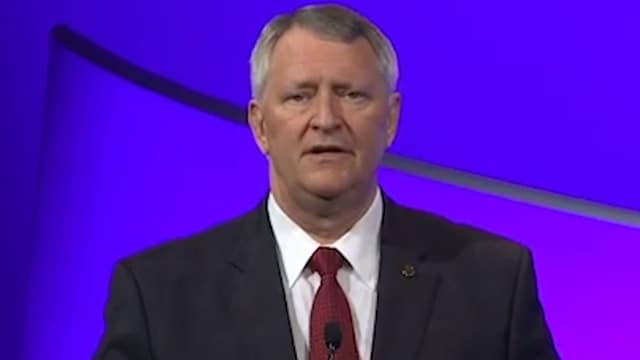 “On the contrary, we must address it head on . . . scientifically, in an evidence-based, principled fashion, and with the health and safety of our communities, our fellow Americans, and our children as our chief concern,” he said.

Delegates to the AMA’s annual meeting recommended a new round of gun regulations Tuesday — the second anniversary of the Pulse massacre — hoping Congress will follow their lead.

“Every day, physicians are treating suicide victims, victims of domestic partner violence, and men and women simply in the wrong place at the wrong time,” Barbe said. “It doesn’t have to be this way, and we urge lawmakers to act.”

“While we will not all agree on every proposal introduced on gun violence, we can all agree that the issue must be addressed . . . and that the only responsible way forward is for women and men of good faith to continue to search for and advocate science-based solutions,” Barbe said. “That is true physician leadership.”

Not every doctor shares the AMA’s positions, however. Doctors for Responsible Gun Ownership told Guns.com in December the perception of the medical community as staunchly anti-gun comes from “a political element” unrepresentative of “rank and file physicians.”

“They either don’t want anything to do with dealing with it with patients … or they themselves are gun owners,” said Dr. Robert Young, a practicing psychiatrist and editor for DRGO. He noted a vast majority of physicians have no personal experience with firearms and therefore shouldn’t advise patients on what do, or not do, with them.