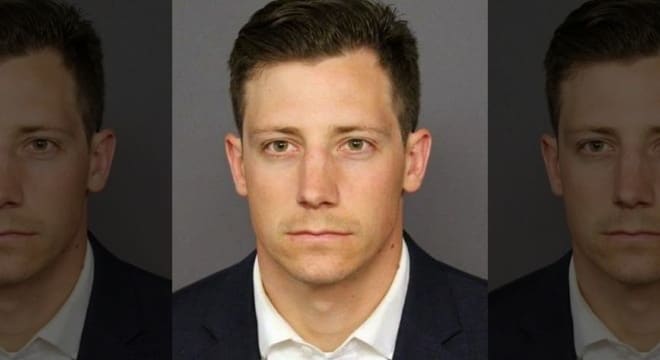 FBI agent Chase Bishop, 29, turned himself into Denver Police on Tuesday before he was formally charged by the DA’s office. (Photo: Denver Police via Fox News)

The Denver District Attorney has charged a backflip-performing FBI agent in connection with a firearm discharge that left a man wounded.

FBI agent Chase Bishop, 29, a D.C-based special agent that was visiting Denver for training earlier this month when he allegedly shot a man at Mile High Spirits in the city’s LoDo downtown area, was charged Tuesday with assault in the second degree, a class 4 felony, by Denver District Attorney Beth McCann. The DA cautioned additional charges could be filed once a pending blood alcohol content test on Bishop is completed.

“We are filing this charge now rather than waiting until the BAC report is received, which we understand could take another week, because sufficient evidence has been presented to file it,” McCann said. “If an additional charge needs to be filed after further evidence is received, we can file those charges then.”

In a video from the scene of the shooting supplied to Denver 7, the unidentified dancer recovers from his move and reaches for the pistol on the floor, apparently firing the gun in the process. He then stands, inserts the handgun inside his waistband in the area of the small of his back, and walks into the crowd waving his hands.

Tom Reddington, 24, was left shot in the leg and reportedly will have to undergo vascular surgery to repair a major artery.

Bishop, who had left the city shortly after the incident, turned himself into Denver Police on Tuesday before he was formally charged. He is set for advisement in court on Wednesday morning.

Under Colorado law, a class 4 felony can bring up to six years’ imprisonment and a fine of as much as $500,000.