The VKS by PepperBall is a non-lethal platform recently awarded a U.S. Army contract. (Photo: PepperBall)

The U.S. Army awarded PepperBall a $650,000 contract for the company’s Variable Kinetic System, a non-lethal launcher that will grant troops non-lethal force protection while in the field.

The award, announced Tuesday, is in support of U.S. Forces-Afghanistan Joint Protection Directorate. The VKS offers the same aesthetics of an AR-15/M-4 Carbine but gives soldiers the means to handle situations without the use of deadly force.

Made in the U.S.A., the VKS delivers a Dual Feed System where users can switch between a Hopper Mode and Magazine Mode for versatility. The hopper has a capacity of 180 rounds while the magazine holds either 10 or 15 rounds. 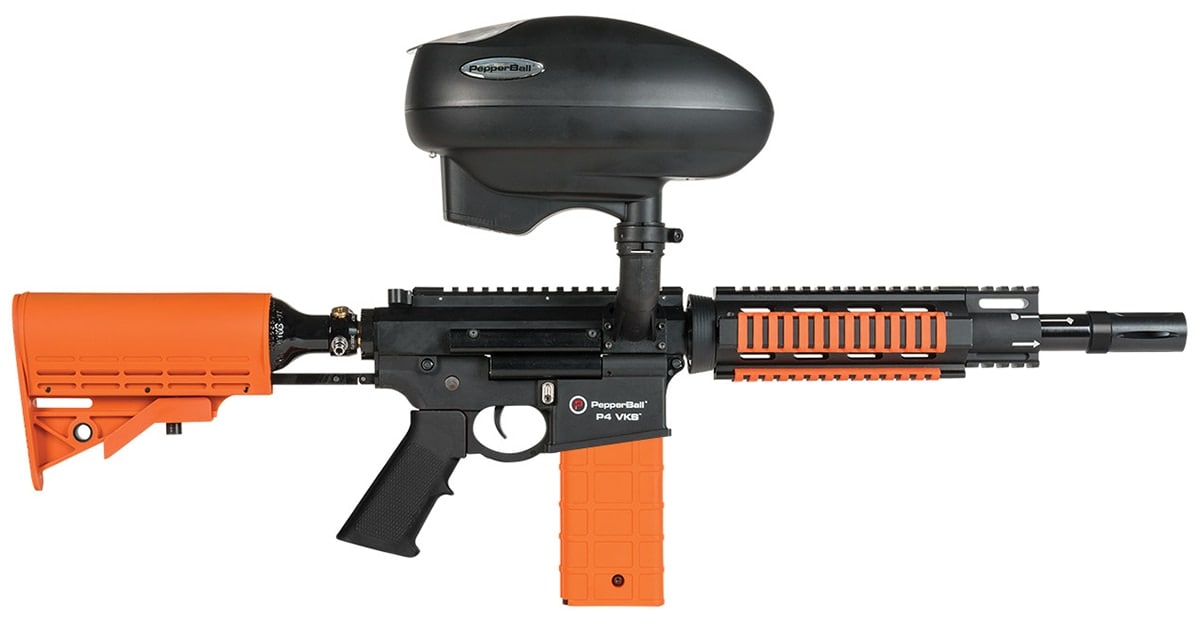 The VKS offers either magazine feeding or hopper feeding, pictured above. (Photo: PepperBall)

The VKS uses PepperBall’s VXR projectiles for high-intensity, crowd-control operations with effective range of 150 feet or 50 yards. Filled with a proprietary irritant, the VXR projectile bursts upon impact and produces a debilitating cloud that negatively affects the eyes, nose and respiratory system.

PepperBall said it is honored to be chosen by the U.S. Army. “We are truly honored the U.S. Army has selected PepperBall’s VKS to use as it’s non-lethal protection in its mission to defending the United States,” said Ron Johnson, CEO of United Tactical Systems, in a press release. “Our VKS platform was the only non-lethal source that was capable of complying to the U.S. Army’s standards.”