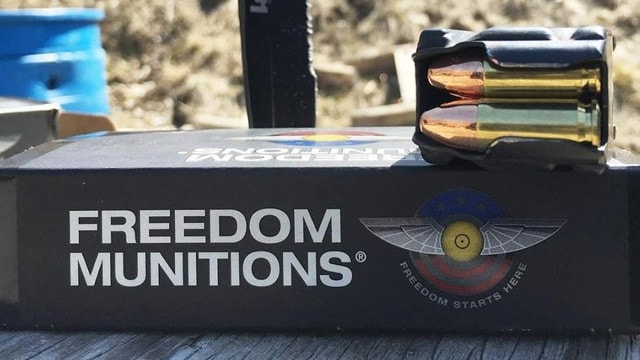 Howell filed the voluntary petition for bankruptcy in a Nevada federal court last week. The company serves as the umbrella for eight brands — including Freedom Munitions and X-Treme Bullets — for manufacturing, assembling and distributing its own products. The amount of debt is not immediately clear, but Howell owes some $5.4 million to its top 20 debtors, according to court filings.

Howell’s financial difficulties trace back to 2016, when the company increased its debt by expanding operations and building up inventory in anticipation of Democratic candidate Hillary Clinton winning the presidential election. Leading up to the November 2016 election, gun and ammo sales spiked as a response to Clinton who was favored to win and made gun control a key part of her campaign, but the market softened after Republicans took control of the White House and both chambers of Congress. National gun sales in 2017 fell by 12 percent from the year before, the busiest on record, federal data shows.

But the soft market wasn’t the only cause of Howell’s financial woes, court documents show. For a year, Howell suffered from “unsatisfactory” performance by the company’s president who was appointed in January 2017 and then resigned in February 2018. Then, Howell also had an ongoing dispute with its primary lender, Zions First National Bank, which resulted in further mismanagement.

In November 2014, Howell obtained revolving and term loans from Zions for all but one of the companies under its umbrella. But in July 2016, Howell failed to comply with the loan agreements, so the bank declined to extend the revolving loan. As a result, the bank alleged Howell owed some $16.7 million.

Later, in 2017, Howell worked with another financial institute to raise debt or equity funding, but the ammunition market was oversaturated with supply and prices depressed, so the only proposals for funding were unsatisfactory.

As the relationship between Howell and the bank soured, the bank “demanded” that the company’s owner, David Howell, step aside as president and managing member and be replaced with a chief restructuring officer. Yet, the bank rejected replacements proposed by the company and instead proposed its own replacement. The replacement, however, lacked experience in the gun industry and ran the company without consulting the owner about operations.

“By reason of the negligent and ill-advised acts taken by the Bank-Appointed CRO, substantial damage has been done to the operations …” the company said in court documents. Adding that the bank and its appointee were acting to liquidate the company’s assets for the benefit of the bank.

On June 7, the day before filing for chapter 11 protections, the company fired the bank-appointed executive in an effort to preserve the value of the company’s assets and re-appointed the David Howell as president and managing member.

In a statement posted to social media, the company said it is committed to its customers. “We are still here and plan on maintaining a steady path of manufacturing cost effective ammunition and moving towards a positive future,” the company said.