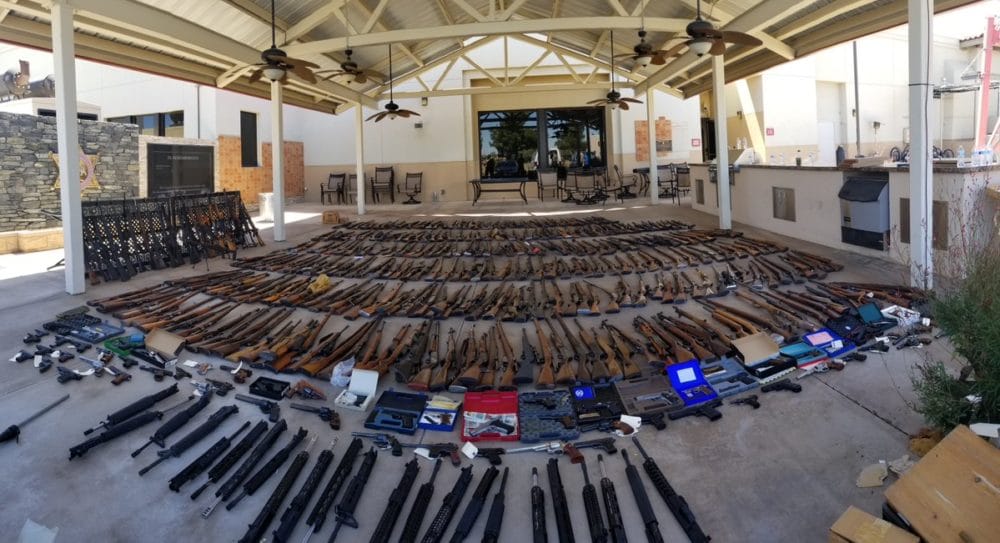 Photos released from the seizure by the agency show it was made up in large part of vintage military surplus bolt-action rifles (Photos: LASD)

A tipster told the Los Angeles County Sheriff’s Department that 60-year-old man with a felony record may have a large firearm collection. The tip turned out to be true.

The LASD on Tuesday announced they had, in conjunction with federal and state authorities, seized 553 firearms in the unincorporated Agua Dulce area of Los Angeles County last week.

On June 14, investigators served a search warrant on Manuel Fernandez’s residence on Caprock Road that resulted in 432 impounded firearms. Fernandez, who had a felony record which made him prohibited from possessing guns or ammunition, was subsequently arrested and charged with a number of weapons violations.

A follow-up warrant on the home of “a female associate” of Fernandez on the same day produced 30 more firearms while a third on the suspect’s home delivered on June 15 yielded an additional 91 firearms found “hidden within the home.”

Photos released from the seizure by the agency show an extensive collection of military surplus bolt-action rifles including British Lee-Enfields, Springfield M1903s, Swiss K.31s, and various Mauser patterns. Sporting rifles and shotguns such as are seen, such as Remington 870s, Winchester cowboy guns, and a Browning BARs. About 25 AR-pattern upper receivers were included in the haul. 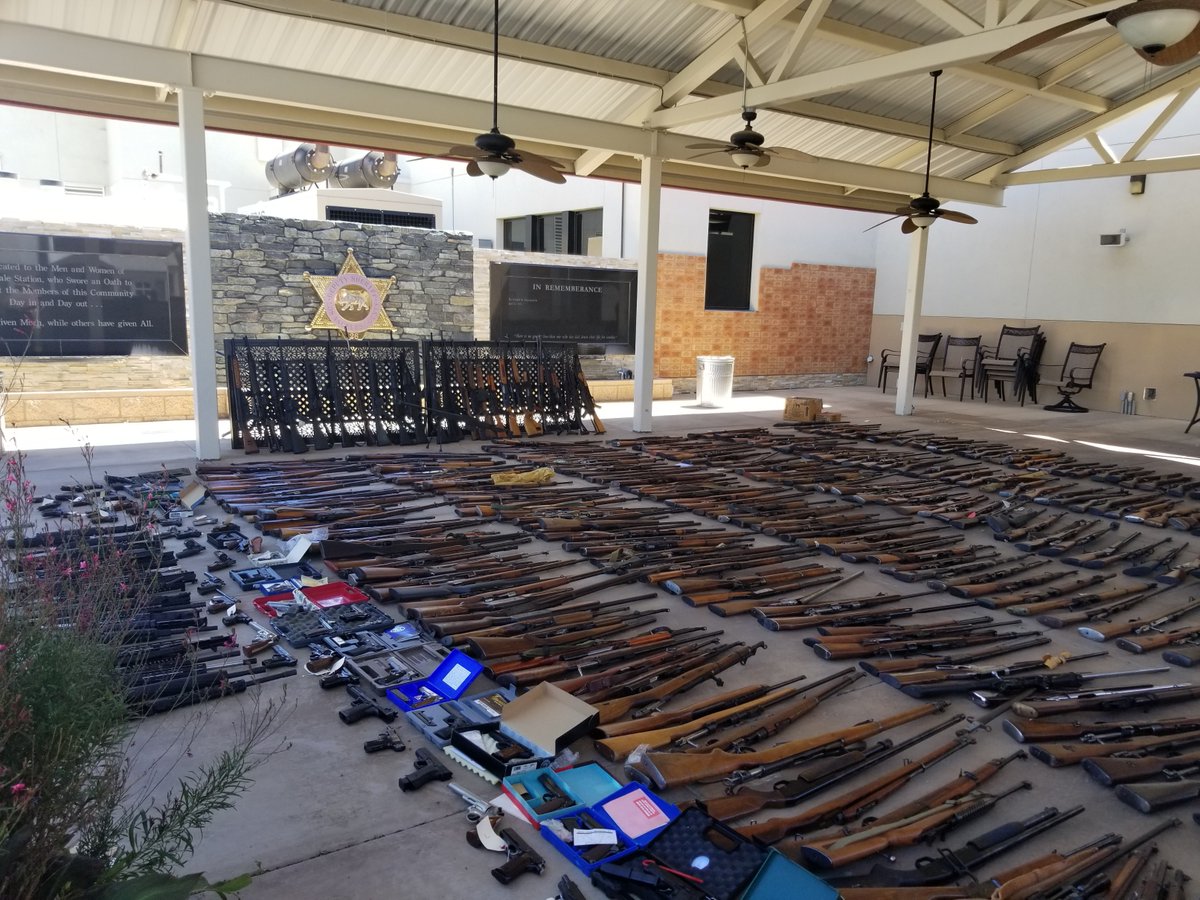 In one photo, a number of vintage rifles are shown piled in the back of a Ford pickup truck. 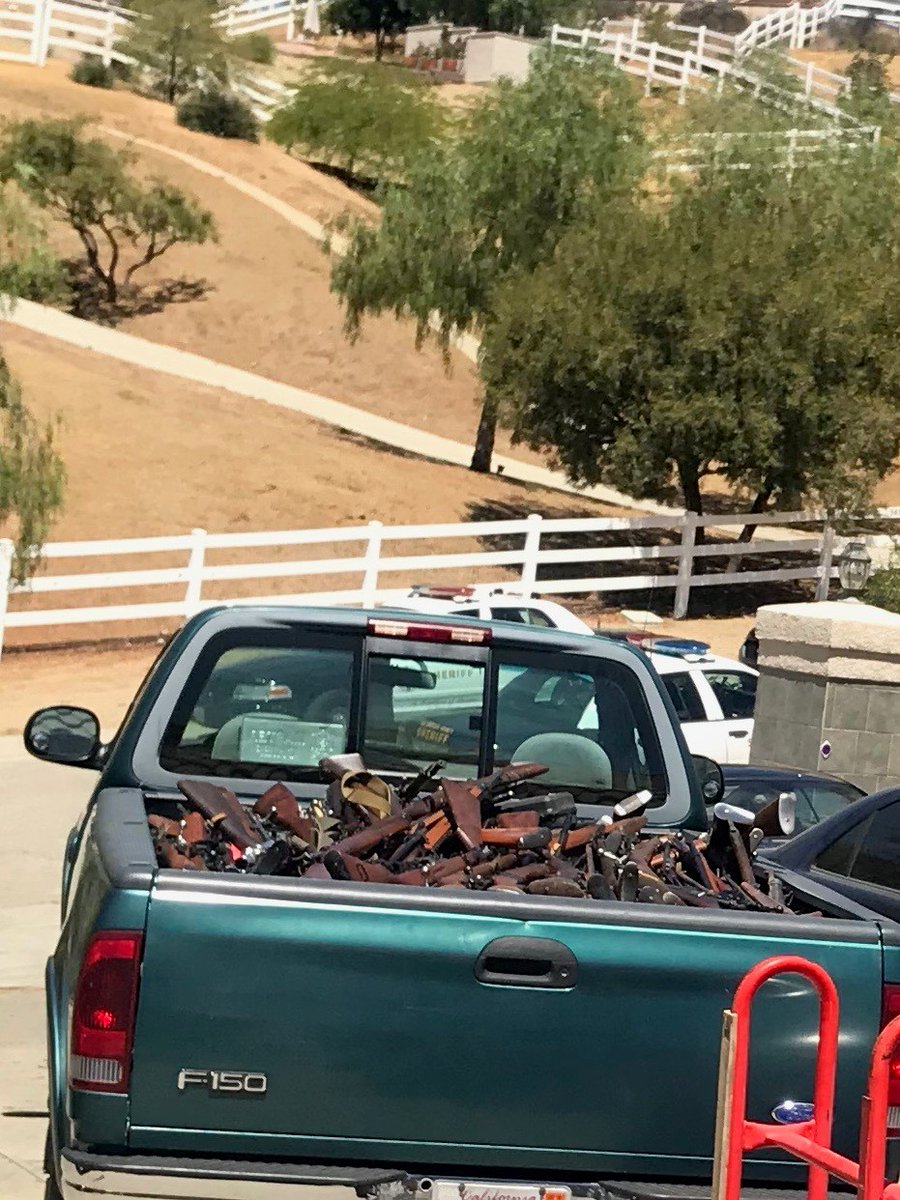 Sheriff Jim McDonnell said the seizure validated the county’s “See Something, Say Something” campaign that directs anonymous tipsters to LA Crime Stoppers via a toll-free phone number and website.

“This case is a testament to the community’s involvement in reducing crime and taking guns out of the hands of criminals,” said McDonnell, a former Long Beach chief of police who won election to lead the 17,000-deputy department in 2014.

Under California law, guns seized or collected by law enforcement that cannot be returned to their owners can be sold to the public or destroyed.

The Los Angeles County Sheriff’s Office regularly holds an annual meltdown of confiscated guns rather than auctioning or reselling the firearms they collect. Last year, McDonnell oversaw the destruction of almost 5,000 guns to include 3,520 pistols and revolvers as well as 1,451 rifles and shotguns. The guns were melted at a Rancho Cucamonga steel mill and, mixed with other metals, recycled into rebar.