When folded, the FoldAR’s overall length matches that of its barrel length. (Photo: FoldAR)

A folding AR-15, aptly named FoldAR, is set to hit the mean streets this fall offering AR fans a means to efficiently tote a functional AR-15. Details on the design are scarce but according to FoldAR’s website the rifle, when stowed, features an overall length equal to the length of its barrel.

“The FoldAR has instantly earned its place as the final authority over the previously-disputed title of ‘most compact’ AR-style rifle… ever,” FoldAR said in a statement on its site. “Only until someone figures out how to fold a barrels fold, will the FoldAR’s title ever be disputed… and we don’t expect to see that happen any time soon unless we figure it out first!” 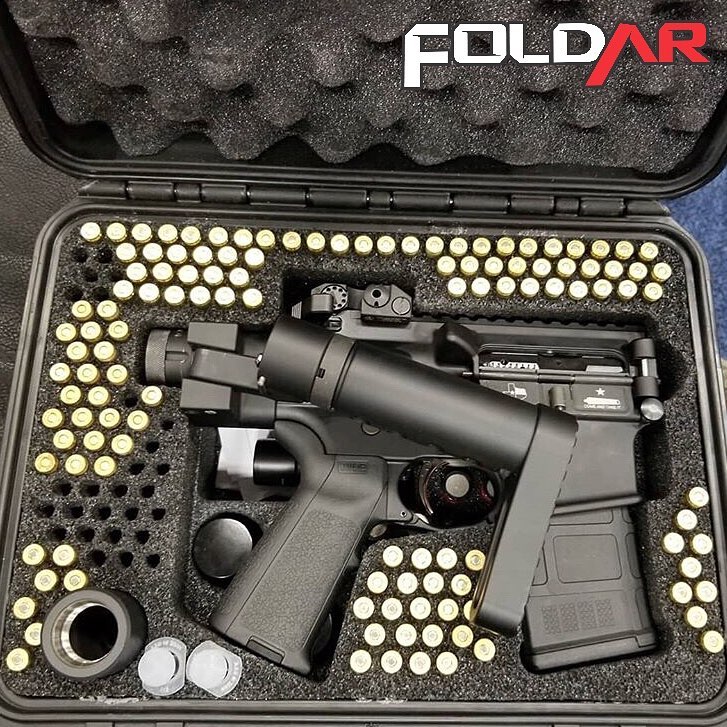 The system is due out in the fall. (Photo: Dead Foot Arms via Facebook)

FoldAR is said to be a rapid deployment system, able to be fire-ready in less than 5 seconds, according to the company. The biggest draw to the design, besides the obvious novelty, is that it allows users to tote a full sized rifle from place to place without drawing ire from fellow citizens.

FoldAR touts itself as a veteran owned and operated company, founded in March 2018, with all parts built in the U.S. While specs are nonexistent as is price point, the FoldAR is set to meet consumers sometime in the fall. 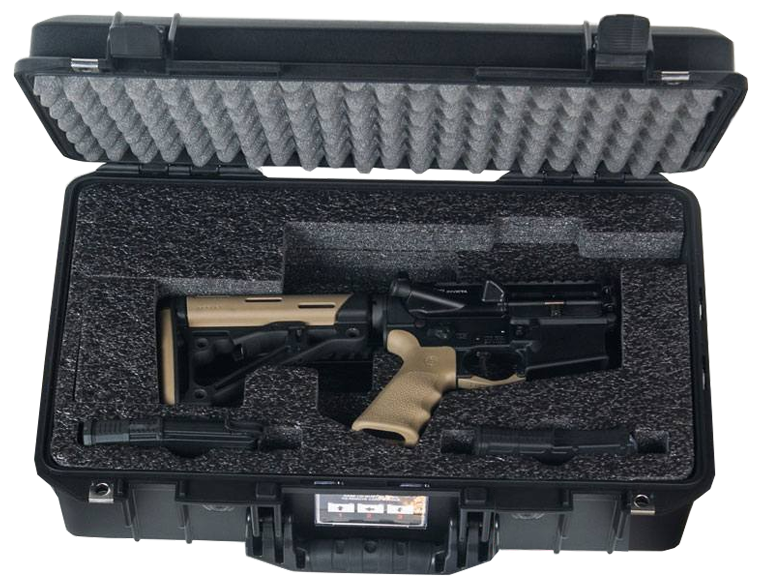 Though deets on the new design are limited, Fold AR says the rifle’s design allows users to easily move the rifle without drawing attention. (Photo: FoldAR)