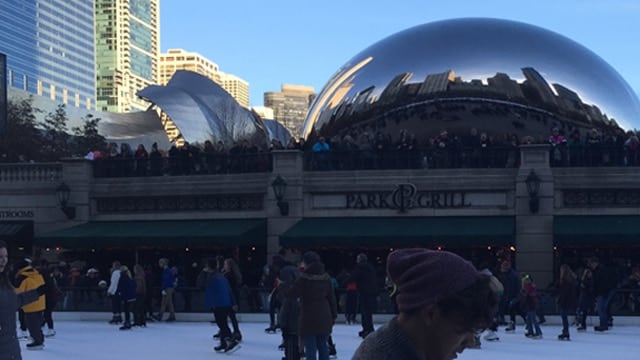 The lawsuit, filed Tuesday in a Chicago federal court, alleges the NRA violated copyright laws since the organization never asked permission to use sculpture nor did it remove the imagery after Kapoor requested the gun group to do so.

The complaint says Kappor “was shocked and outraged to learn that his sculpture had been used by NRA to support its despicable platform of promoting violence” and ownership of “military assault weapons” while blocking “any kind of meaningful gun control.”

Last April, the NRA used the sculpture, known locally as “The Bean,” in the promotional video titled “The Clenched Fist of Truth” or “The Violence of Lies” in which spokeswoman Dana Loesch denounced the media and its “liberal agenda,” the lawsuit says, adding, “It is a clear call to armed violence against liberals and the media.”

Kapoor contacted the NRA in June 2017 to remove the imagery and penned an open letter blasting the NRA for ignoring his request and misusing his work, the lawsuit says. “The NRA’s nightmarish, intolerant, divisive vision perverts everything that ‘Cloud Gate’ – and America – stands for,” Kapoor said in his letter.

Although the video was widely panned by political opponents for fearmongering as it conflated violent demonstrations with liberal outrage, the NRA defended the ominous tone and denied that the video’s message encouraged violence.

The city of Chicago installed Cloud Gate in 2006. While the physical sculpture is owned by the city, Kapoor registered the piece with the U.S. Copyright Office in 2016. The lawsuit asks the court to award Kapoor damages plus $150,000 per infringement and court costs.