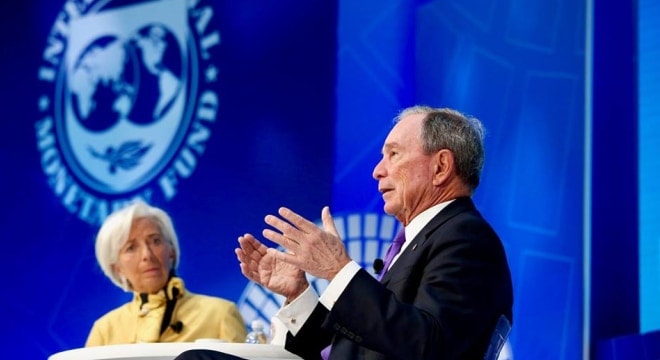 In a bid to flip the polarity of the lower chamber of Congress, former New York Mayor Michael Bloomberg is reportedly ready to fork out a lot of money.

The billionaire has approved a plan to pour some $80 million into the current mid-term election cycle, targeting vulnerable Republican seats and backing a host of progressive Democrats who would like to move into offices on Capitol Hill, The New York Times reports.

While the GOP holds firm control on the House for the rest of the year, with 235 seats compared to 193 Dems, the latter only need to pick up 25 spots to seize narrow control over the body with Nancy Pelosi as likely speaker — and with every Congressional district up for grabs in November it could happen.

“Republicans in Congress have had almost two years to prove they could govern responsibly. They failed,” Bloomberg said in a statement.

Bloomberg, a Democrat who founded Mayors Against Illegal Guns in 2006, one of the first national gun control groups, waded again into gun politics in speaking of his reasons to spend a sizeable chunk of coin on a race that closes in just over four months.

“I’ve focused my philanthropy partly around bipartisan gun safety, environmental and immigration reform measures, and my political giving has been focused around those priorities as well,” he said, going on to explain how he spent nearly S10 million in 2016 to help a Republican, Pat Toomey, get re-elected in Pennsylvania.

“I disagree with him on many issues. But after the Newtown, Connecticut shooting, he broke with the NRA and co-wrote a bipartisan bill to close the background check loophole,” Bloomberg said. “At the same time, I spent roughly the same amount to help successfully elect a Democrat in New Hampshire – Maggie Hassan – who was running to defeat a Republican incumbent who had voted against Toomey’s bill.”

The new move is the latest in a history of funding political change for the former New York Mayor.

Besides money channeled into political campaigns through Bloomberg’s Everytown PAC — itself a $50 million rebranding of his Mayors Against Illegal Guns group paid for from his personal fortune — the anti-gun philanthropist alone dropped over $13 million during the last election cycle into his Independence USA PAC.

In addition to national politics, in the past several years Bloomberg has helped fund gun control ballot initiatives placed in front of voters in Maine, Nevada, and Washington with mixed results as well as supported anti-gun candidates in a number of governors‘ races and for the Virginia state Senate.