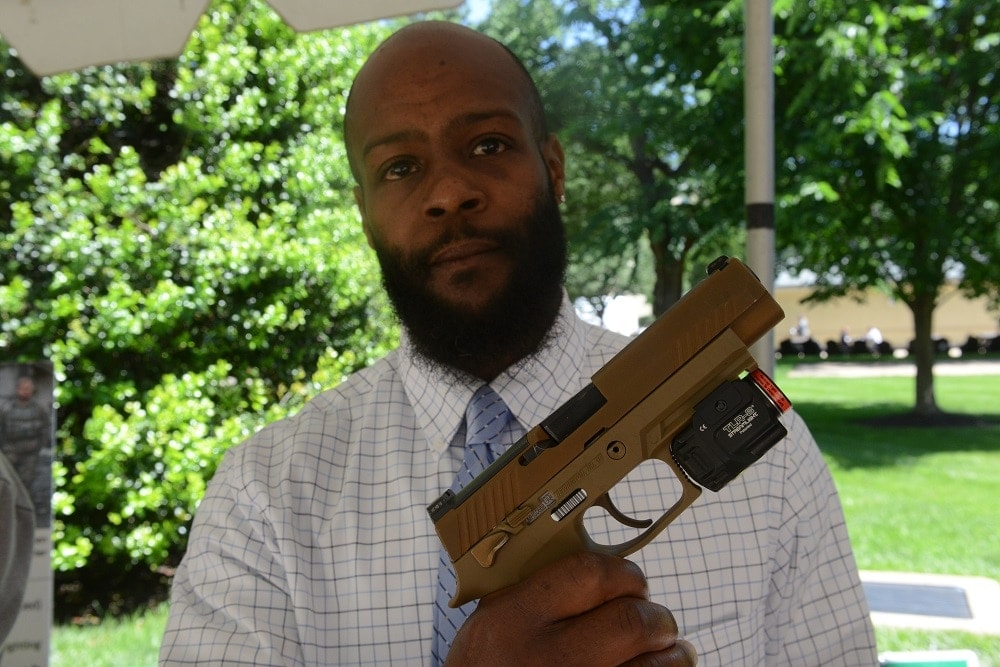 Brookshire, showing off an MFAL-equipped M17 handgun, itself a Streamlight TLR-8 on a modified Sig Sauer P320 (Photo: U.S. Army)

Not to spoil the surprise, but the Army’s new Multifunction Aiming Light seems to be a modified Streamlight TLR-8, as shown off at a recent event

During a “Close Combat Lethality Tech Day” demonstration at the Pentagon last month, Curtis Brookshire Jr., a systems engineer at Program Executive Office Soldier, had an M17 pistol and M4 carbine on hand both equipped with the new MFAL. According to Brookshire, the daytime range for the M4-mounted MFAL’s laser is up to 200 meters in sunlight with the IR beam reaching 600 meters at night, while use with the M17 is limited to 25 meters. 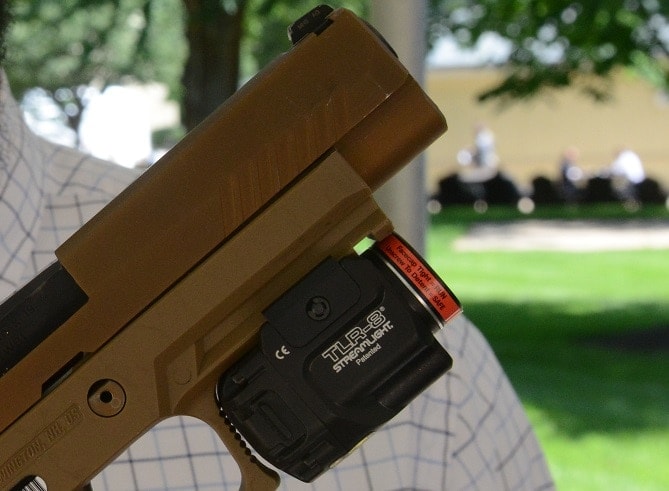 A closer look shows the MFAL to be marked much like a standard TLR-8.

Over at Streamlight’s page on the TLR-8, which includes the light shown on a coyote M18-length Sig P320, the system is a little different. Featuring a 500-lumen white LED with a runtime of 1.5-hours, and a 640-660nm red laser with an 18-hour runtime, Streamlight makes no mention of an IR capability, although the company does offer other TLR light models with an integrated eye-safe IR illuminator/laser. 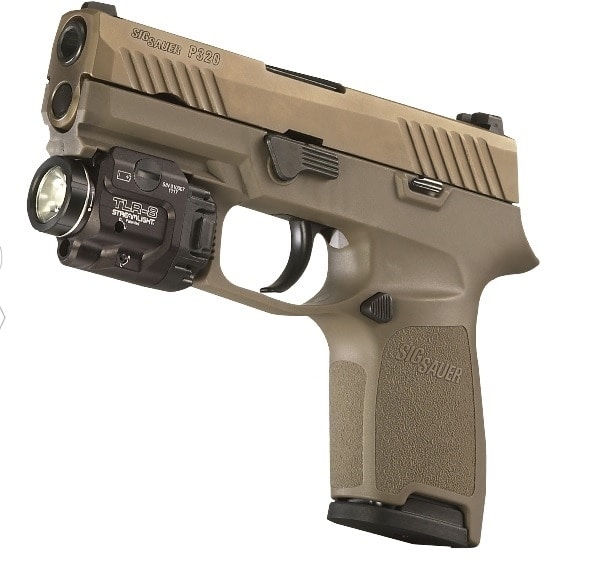 Streamlight shows the TLR-8 mounted on an M18-length Sig P320 on their product page. (Photo: Streamlight)

Brookshire says the MFAL uses both infrared and visible aiming lasers, allowing soldiers to be able to use it for aiming both night and day. The light has been tested recently by troops at Ft. Belvoir, Virginia, home of the PEO program. Feedback on the device was good, with reportedly soldiers able to hit targets three to five seconds faster than without the MFAL.

The Army expects to order an undetermined number of the lights for use on M4s starting next year, which are prioritized over their use with the new handgun platform.

With that being said, Sig has been ramping up deliveries of the M17/M18 to the military, as seen in the below short video from the company released this week.