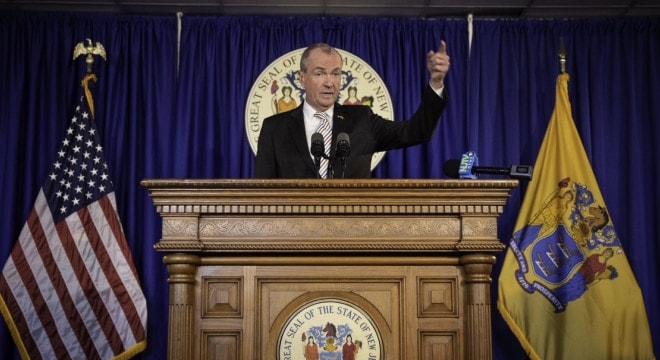 Gov. Phil Murphy’s new budget could see licenses and permits associated with the buying and selling of firearms the target of big increases. (Photo: Governor’s office)

Newly elected Democratic Gov. Phil Murphy continues his streak of anti-gun measures with a proposal to hit the state’s gun owners and sellers with big fee increases for licenses and permits.

As previously reported by Guns.com, Murphy, a Democrat, had folded $2 million in expected new revenue generated from gun licensing in his early draft of the state’s budget in March. However, his office did not detail how the fees would be structured. Now, according to information obtained by NJ Advance Media, the proposed bump in fees are significant.

Handgun purchase permits, required by law to buy a firearm in the Garden State, would jump from $2 to $50. The mandatory firearms identification cards needed to own a gun or buy ammunition would increase from $5 to $100. Handgun carry permits, already notoriously hard to obtain in the state, would balloon from $50 to $400 — which would make them the highest in the country. For reference, the neighboring states of Delaware and Pennsylvania charge fees for carry licenses of $65 and $20, respectively.

In a public signing ceremony for a six-pack of gun control measures last week, Murphy slammed what he characterized as the low fees of firearm licensing in New Jersey. “We must please responsibly increase the fees for gun licenses and handgun permits,” he said. “It’s long past time we did this. The last time these fees were increased was 1966.”

Since taking office in January following a campaign supported by national gun control groups, Murphy has rolled back a number of pro-gun reforms backed by the outgoing administration of Republican Gov. Chris Christie, repeatedly slammed the gun lobby for the state’s instances of violent crime, shut out Second Amendment groups from gun policy discussions, and appointed a former lawyer for Giffords to a newly-created “gun czar” position. Murphy’s attorney general last week warned a number of gun parts makers they could face civil action for selling unfinished lowers and frames in the state and has been ordered by Murphy to publish a running “shame” list of firearm trace data.

Scott Bach, head of the state affiliate of the National Rifle Association, which is already engaged with the Murphy administration in a federal lawsuit, said the proposed fee hike would likely not withstand a legal challenge.