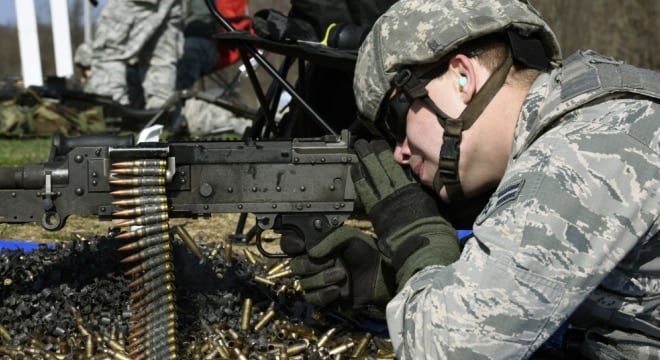 Officials say that a wayward M240 general purpose machine gun discovered missing last month from a North Dakota military base has turned up.

The weapon was found to be missing during a routine inventory on May 16 just days after a box of 40mm ammunition for a Mk 19 automatic grenade launcher was thought to have fallen off of a Humvee during training.

In response to the incidents, Col. Jason Beers, the commander of Minot’s 91st Security Forces Group was removed from his post and reassigned.

Minot is part of the Air Force Global Strike Command and houses two main units: the 5th Bomber Wing which flies the famous B-52H Stratofortress, and the 91st Missile Wing which maintains 150 Minuteman III ICBMs in underground silos dispersed across the northwest part of the state.