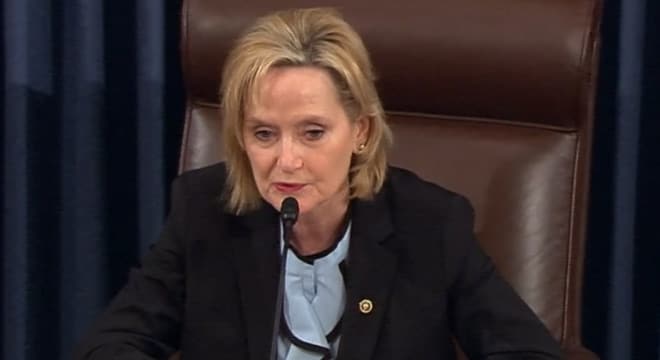 A Mississippi Republican introduced a measure Tuesday that would make it illegal for the federal government to help bankroll state gun registries.

The Gun-owner Registration Information Protection, or GRIP Act, would extend the current prohibition on the use of federal funds for the maintenance of a full or partial gun registry to money allocated to state and tribal governments. Proposed by U.S. Sen. Cindy Hyde-Smith, she argues that work is already underway in a number of states to store personal information on gun owners and some of it may be supported by grant money from Washington.

“My bill would ensure no federal funds are used, either intentionally or not, for these misguided gun control efforts,” said Hyde-Smith in a statement. “This legislation is needed to ensure the federal government is not involved in exploiting the personal information of law-abiding people who own or purchase firearms legally.”

Filed as S.3135, the bill would help ensure that a myriad of federal grant programs made available to local and state agencies and governments wouldn’t be used to bolster efforts to store and track gun owner information. Currently, the U.S. Department of Justice funnels millions every year to local authorities through the National Criminal Histories Improvement Program, NICS Amendment Records Improvement program and the Edward Byrne Memorial Justice Assistance Grant program, much of it used to prop up local criminal databases.

The bill has been endorsed by the National Rifle Association.

Appointed to temporarily fill the Senate seat vacated by Republican stalwart Thad Cochran, Hyde-Smith is locked in a special election race to convert her temporary position to a regular seat in November. As such, she has picked up a couple of important endorsements in the Magnolia State to include Gov. Phil Bryant and gridiron icon Brett Favre but is still courting one from President Trump.

The GRIP Act has been referred to the Committee on Homeland Security and Governmental Affairs.

Not a single federal dollar should be used for states or cities to target law-abiding gun owners. Today I introduced the Gun-owner Registration Information Protection Act or GRIP Act to fix that problem. #2ndAmendment https://t.co/q9148c9H2F