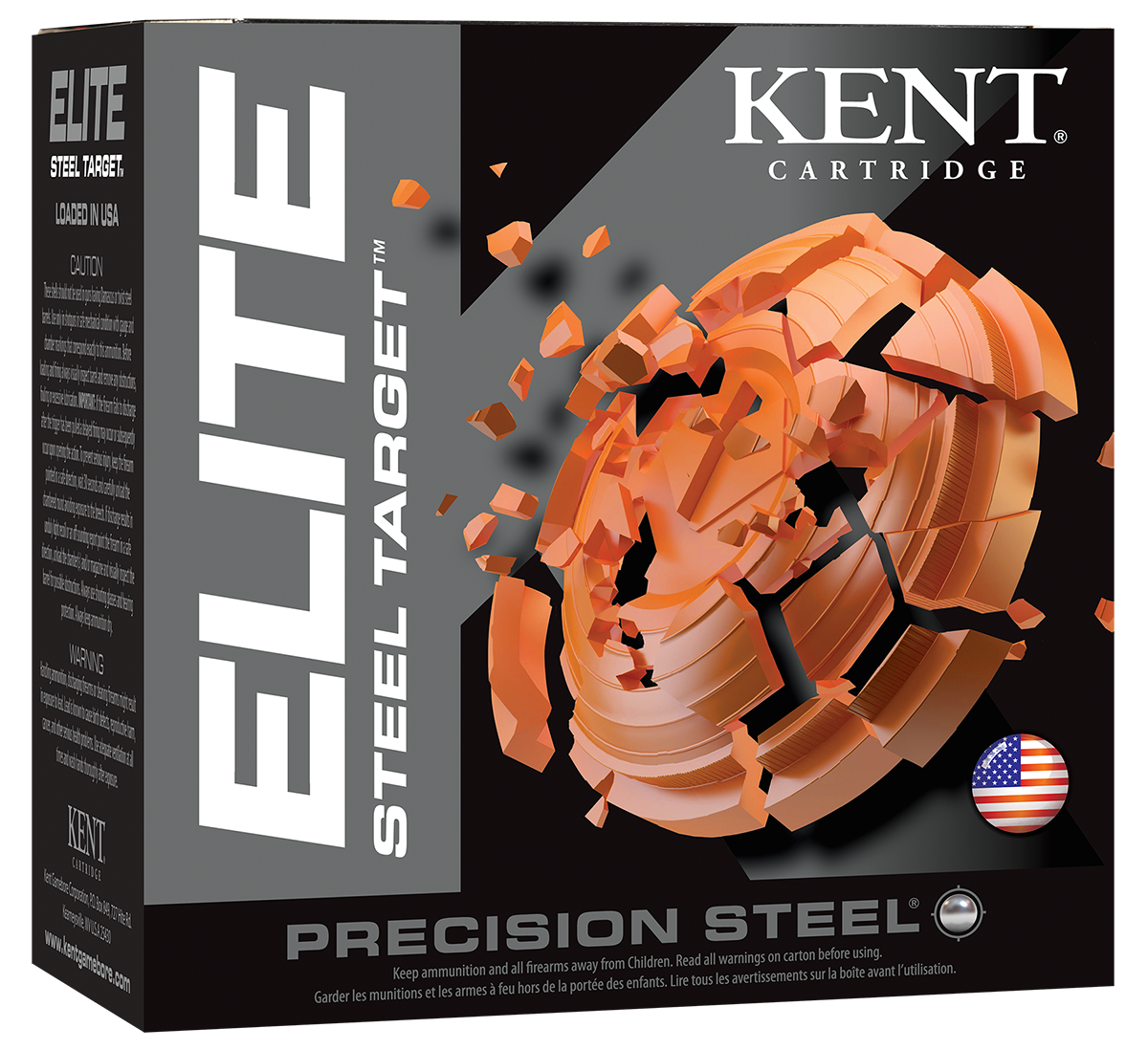 The Elite Steel Target loads, available in 12-gauge and 20-gauge, offer shooters the means to carry out their clay shooting ventures all the while with non-toxic loads. The Elite Steel Target series is created with custom blended powders that burn clean while minimizing felt recoil. The loads also deliver consistent velocity, according to Kent. The Precision Steel shot is loaded into a custom wad that the company says provides “superior patterning for unmatched on-target performance.”

“Target shooters all over the country are facing the need to shoot non-toxic target loads on a number of clay target ranges including trap, skeet and sporting clays. Kent now has a load designed to fill that need,” Kent said in a press release. The new Elite Steel Target loads from Kent Cartridge provide outstanding performance for shooters who need a non-toxic load.”

Elite Steel Target loads are currently available and shipping to retailers across the U.S. with a MSRP of $71.