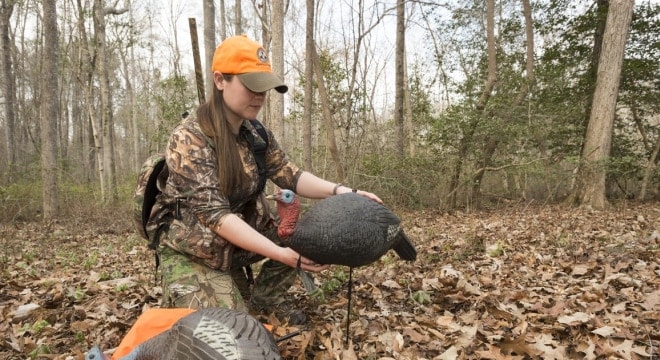 The Tar Heel State, with over 500,000 residents who actively hunt, will leave it up to voters to decide if the right to do so should be enshrined in their state constitution. (Photo: N.C. Wildlife Resources Commission)

Lawmakers are presenting voters in North Carolina this November an opportunity to add a right to hunt and fish to their state constitution.

The voter initiative, which passed the legislature as SB 677 by a wide margin on Monday, would open up the bedrock document and install the amendment protecting the right to hunt and fish while establishing public harvest by sportsmen as the preferred method of wildlife management.

“Of all the matters we will consider, this one is perhaps the most simple, but also the most down to earth,” said Rep. David Lewis, R-Harnett, during debates on the House floor. “The one that is truest to what North Carolina is about. This is the right of the people of North Carolina to be able to hunt, fish, and harvest wildlife in accordance with the laws passed here in this chamber.”

If approved by voters, the proposal would be forwarded to a bipartisan state election board and the Secretary of State’s office and would become effective when certified. Doing so, proponents argue, will make it all that much harder to pass anti-hunter — and by extension anti-gun — legislation in future years.

Similar measures have been advanced across the country, according to the National Conference of State Legislatures, with no less than 21 states adding such language in their constitution, dating back to Vermont who included it in 1777. Most recently, Indiana and Kansas both added it through the voter-driven amendment process in 2016. All of the states that border North Carolina have adopted such initiatives.

The Congressional Sportsmen’s Foundation the National Rifle Association, and Delta Waterfowl all testified in support of the North Carolina effort, arguing the traditional shooting sports are increasingly threatened.

“Hunting, fishing, and harvesting wildlife are not only cherished American traditions, but when paired with science, are an integral part of wildlife management and conservation,” said the NRA in a statement. “Unfortunately, misguided extremists have been trying for decades to incrementally or outright ban hunting, fishing, and harvesting wildlife. This amendment guarantees the sporting traditions that you have enjoyed will still be around for future generations of Americans and that regulations will always be based on sound science.”

Statistics from the North Carolina Wildlife Resources Commission show as many as 570,000 hunters buy licenses every year in the state, with more than 20,000 completing hunter safety courses annually since 2011. Last season over 128,000 deer were harvested with firearms in the state. With some $2.3 billion pumped into the state economy by sportsmen, North Carolina received over $16.5 million of that back from the federal government in Pittman-Robertson funds this year based on sales of guns, ammunition and fishing tackle.