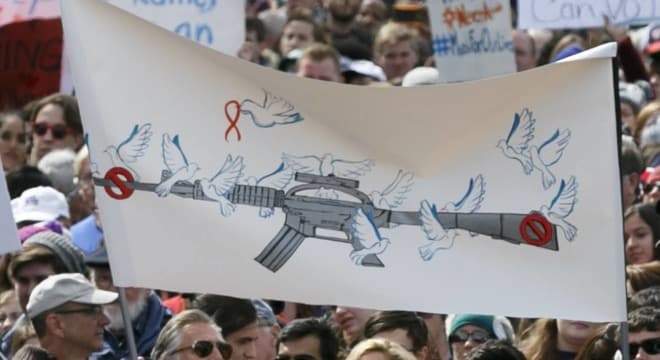 Organizers of the drive need more than 80,000 signatures by July 6 and hoped the courts would clear their proposed ballot language this week to start the process. (Photo: Lift Every Voice Oregon)

A planned voter referendum aimed to regulate most semi-auto firearms in the state was dealt a blow by the Oregon Supreme Court on Wednesday.

The initiative, IP 43, is backed by a trio of Portland-area religious leaders who planned to raise the more than 80,000 signatures needed to put the proposal on the ballot over the course of this weekend’s services. To do so, they needed the court to certify the controversial ballot language this week and green light the effort. The court instead said the language needed more work.

The court made the same argument as to the meaning of how voters could interpret the term “large capacity magazines” going on to point out that some may consider such a magazine capable of holding more than 10 cartridges as large capacity whereas those challenging the wording to the court argued many standard-issue handgun magazines are designed to hold 14 to 18 rounds.

With a hard July 6 deadline to gather and turn-in 88,184 acceptable signatures and no approved ballot language to start the canvassing process, the IP 43 campaign seems to be facing insurmountable odds. A competing gun control referendum, a mandatory secure storage proposal backed by Giffords-allied advocates, threw in the towel last week over a similarly dim prospect even though the courts had given them the go-ahead to collect signatures, saying the drive would “almost certainly fail even with a large investment of resources and grassroots enthusiasm.”

The group behind the IP 43 campaign, Lift Every Voice Oregon, said on Wednesday they were planning a major announcement on their plans moving forward.

State and national gun rights groups, who challenged the ambiguity in the proposed ballot language, claimed victory following the ruling by the Oregon high court this week.

“The 43 promoters made it clear that they were counting on duping the young and ignorant and exploiting the wave of anti-gun hysteria created by a complicit media to convince Oregonians to voluntarily give up their rights,” said the Oregon Firearms Federation in a statement. “But given the billionaires who fund the gun grabbers, we know there will be no shortage of attacks in the future.”