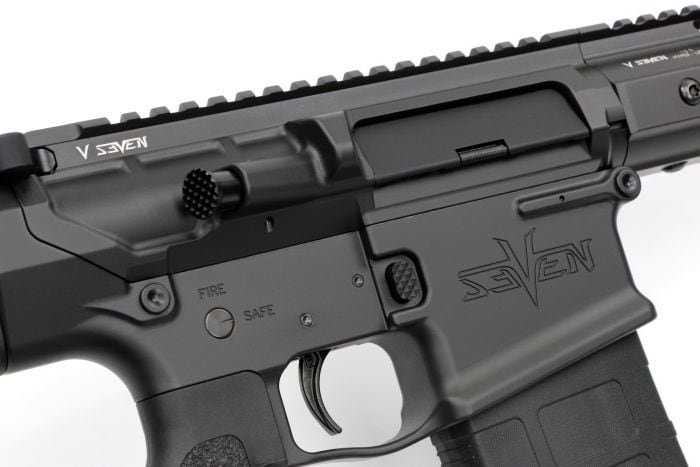 The V Seven Harbinger 11.5-inch SBR series comes in both a full rifle configuration as well as a complete upper, pictured above. (Photo: V Seven)

The Harbinger SBR touts an 11.5-inch barrel and is available in two configurations. The first model delivers a lightweight contour fluted barrel with a 10.75-inch Magnesium Hyper-light handguard in either M-LOK or KeyMod. The model is designed for users looking to toss a can or other muzzle device onto the barrel. Model 1 of the Harbinger 11.5-inch .308 series retails for $3,121.

The second Harbinger variant takes the lightweight contour barrel and slips it under a 13.5-inch Magnesium Hyper-light handguard in M-LOK or KeyMod. A HELIOS Titanium Linear Compensator is added under the end of the handguard. This design grants shooters a few extra inches of space to mount accessories. The second model in the Harbinger 11.5-inch series is priced at $3,262.

For shooters who already own an AR10 SBR or AR Pistol lower, V Seven Weapon Systems provides the Harbinger 11.5-inch complete upper for purchase separately. The upper, retailing for $315, features a black Cerakote finish over Type III Hardcoat Anodized for a durable design. The upper itself tips scales at 10.8-ounces. 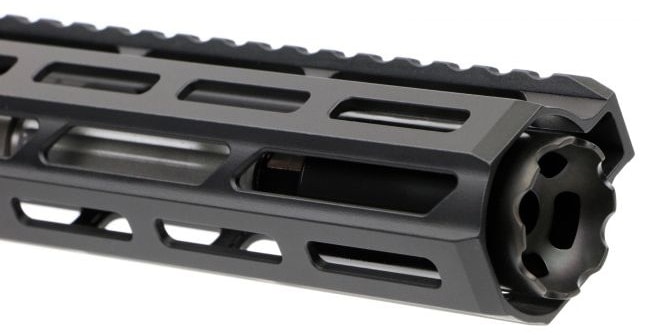