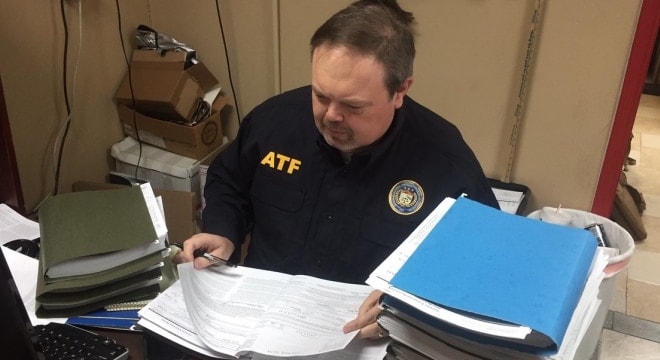 Legislation introduced by House Democrats this month reboots a pair of failed past bills into one combined new effort to increase regulations on gun shops. The measure, entitled the Keeping Gun Dealers Honest Act, is advertised by its sponsors as a move to strengthen accountability for gun dealers who may engage in illegal activities.

“The vast majority of gun dealers follow the law, but the few engaging in reckless and illegal behavior are a major factor in the gun violence epidemic gripping our nation,” said U.S. Rep. Jim Langevin, D-RI. “By specifically targeting bad actors that sell guns without background checks or falsify records, this bill will help stop guns from getting into the hands of criminals.”

The eight-page bill, introduced as H.R. 6075, would authorize triple the number of compliance inspections on a federal firearms license holder without reasonable cause or warrant from once in a 12-month period to three times. To accommodate such a bump in inspections, the measure adds 80 additional full-time positions to the Bureau of Alcohol, Tobacco, Firearms and Explosives.

A recent review of some 11,000 inspections between October 2016 and September 2017 shows that more than half the stores received citations, but the agency shut down less than 1 percent.

According to ATF statistics, in 2016 the agency’s industry operations investigators conducted 9,760 inspections on the pool of 80,119 businesses with active FFLs, a rate of about 12 percent. That rate is more than triple the percent inspected in the 1980s but down from the bureau’s high of 20 percent seen during the administration of President Obama.

Next, H.R. 6075 would increase the penalty that FFLs who make a false statement during an inspection or have a 922 violation to as much as five years in prison, up from the current one year. Those with record keeping offenses deemed to help gun traffickers would be subject to 10 years. In some cases, the Attorney General would be authorized to suspend licenses and levy a civil fine of as much as $10,000.

The proposal also strikes the current “shall-issue” language from the licensing process for those applicants who qualify, changing it to a more restrictive “may-issue” which would allow federal regulators to use their own discretion in granting and renewing FFLs.

The bill is backed by the Brady Campaign gun control group who hold through their own research that about five percent of licensed gun dealers supply 90 percent of guns used in crime. “Simply put, these people put us all at risk,” said Avery Gardiner, one of Brady’s presidents.