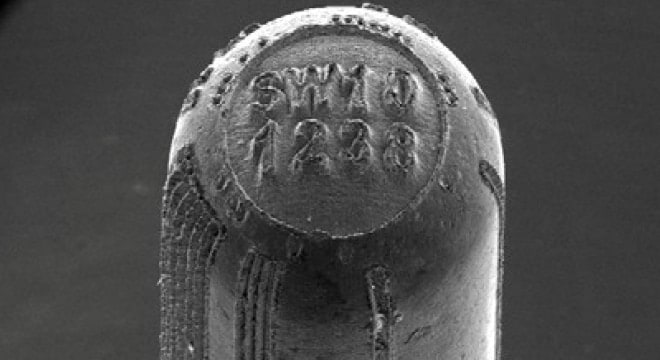 California’s high court on Thursday sided with the state in a long-running case brought by firearms industry groups who say the state’s microstamping requirement is unattainable.

The gun groups argued the requirement for semi-auto handguns to mark cartridges with a microscopic array of characters, that identify the make, model and serial number of the pistol upon firing is “impossible to accomplish” and has only worked to artificially limit choices available to California gun buyers. The court, in a 19-page ruling, said that the law is the law, regardless of what was or wasn’t possible.

“Impossibility can occasionally excuse noncompliance with a statute,” Justice Goodwin Liu said for the majority. “But impossibility does not authorize a court to go beyond interpreting a statute and simply invalidate it.”

California Superior Court Judge Donald Black dismissed the case in 2015, citing the state had sovereign immunity while arguing the gun groups lacked standing to sue. On a subsequent appeal to the California 5th Appellate District, a three-judge panel later held that NSSF and SAAMI have “a right to present evidence to prove their claim” and the state Supreme Court voted last year to hear the case.

At stake is the ability to purchase newly manufactured semi-auto handguns in the state.

In 2014, just after the California Department of Justice began enforcing the mandate that new pistols submitted for approval to the state’s firearm roster incorporate microstamping capabilities, there were over 1,200 approved models. That roster has since constricted to 807 as legacy handguns drop off and new models cannot meet the requirement. For instance, no Generation 4 or 5 Glocks have been approved for sale in California — although they can be sold to police. For handgun giant Ruger, the company only had one model on the list other than revolvers, which are exempt from the microstamping requirement.

Larry Keane, NSSF’s general counsel, told Guns.com on Thursday that the group disagrees with the ruling. “It is undisputed that it is impossible to comply with the requirements of California’s microstamping law given the current state of microstamping technology,” he said, going on to explain that the trade group’s lawsuit did not seek to invalidate the law altogether but simply to halt it until the technology could catch up to the mandate.

“The unfortunate result of today’s decision is that law-abiding citizens in California exercising their Second Amendment rights will continue to be denied by the State of California the ability to purchase the newest and improved models of handguns,” said Keane. “Since the law was certified by the former Attorney General Harris the number of models available to purchase has already been cut roughly in half.”

In other words, as described by Keane, California is experiencing a “slow motion handgun ban as fewer and fewer models are allowed to be sold in the state. California is to handguns what Cuba is to cars; only old models are available.”

As for Becerra, who ran a victory lap in a statement issued just minutes after the opinion was posted, “Today’s ruling confirms that California can create incentives for the gun industry to make products that serve the public’s needs.”

A concurrent challenge to the handgun roster was filed in 2009 in federal court and is currently with the 9th U.S. Circuit.