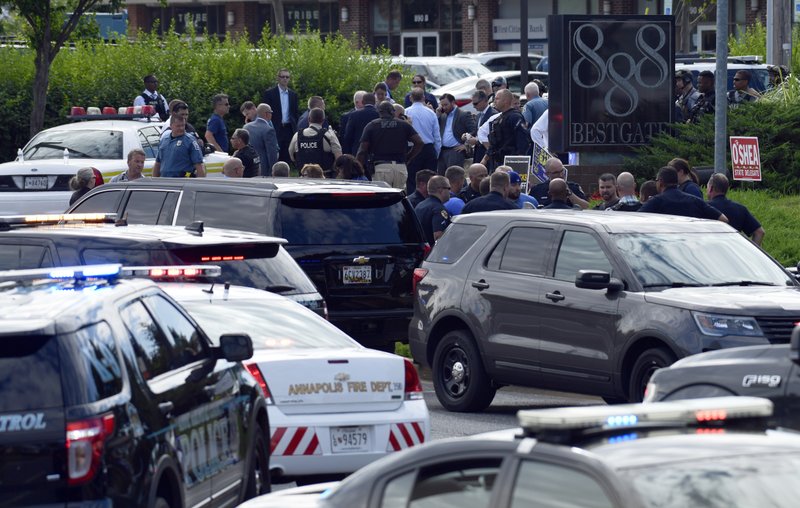 Police secure the scene of the shooting at the Capital Gazette newspaper in Annapolis, Maryland. (Photo: Susan Walsh/AP Photo)

Five people died and several more sustained grave injuries Thursday after a man armed with a shotgun and smoke grenades opened fire inside a Maryland newsroom.

Officers declined to identify the suspect taken into custody at the scene, citing the ongoing investigation. The Associated Press and other news outlets have identified the man as 33-year-old Jarrod W. Ramos. A motive remains unclear at this time, though Acting Police William Krampf confirmed the gunman to be a Maryland resident who possibly targeted his victims.

The attack follows a slew of threats from the suspect on social media against the newspaper, according to the Associated Press. Few other details have emerged in the hours since police took him into custody.

County Executive Steve Schuh said Thursday the tragedy shook the community. “The Capital and the Maryland Gazette are institutions that have served us well for so many years, and I have had the pleasure of working alongside the editors, reporters and photographers,” he said. “Our law enforcement professionals responded swiftly and I thank them for protecting the public by eliminating the threat and taking the suspect into custody. Our thoughts and prayers are with the victims and their families.”