Giving a check-up to a vintage Maxim suppressor (PHOTOS) 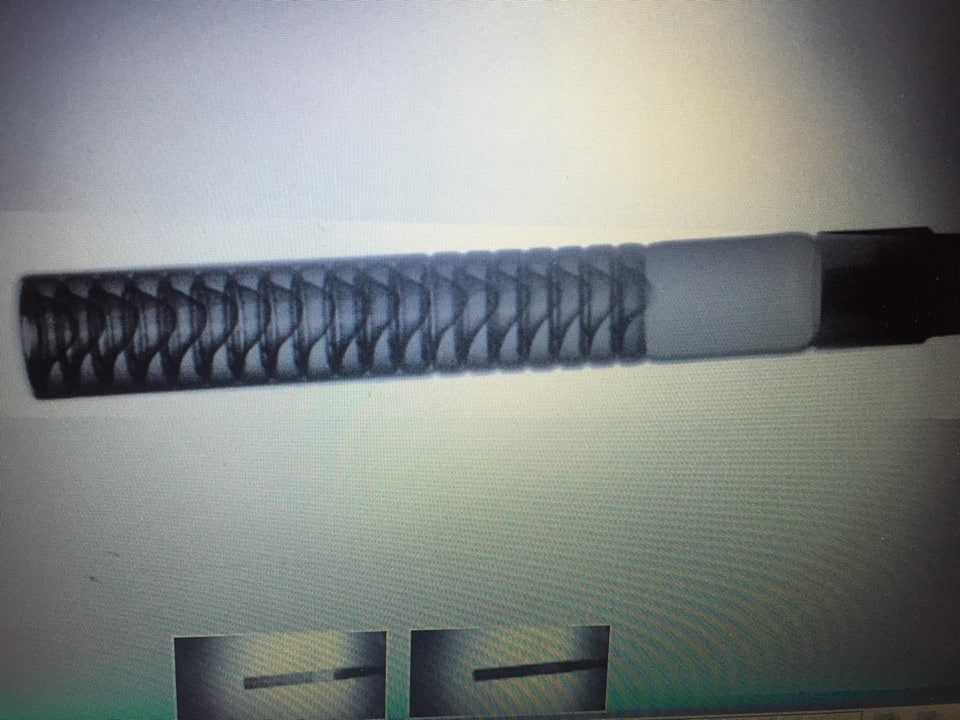 Just look at all those baffles… (Photo: Cody Firearms Museum at the Buffalo Bill Center of the West)

The Cody Firearms Museum has an extensive collection of historic arms and they recently got a special look at one of their original “Silencers.”

The pre-NFA vintage firearm suppressor brand named by its inventor, Hiram Percy Maxim, was x-rayed by the Cody Police Department while the agency was on hand at the Wyoming-based museum this month to verify that some ordnance at the center was inert.

The M1910 Maxim Silencer is attached to the threaded barrel of a Springfield 1903 in the Cody’s collection. 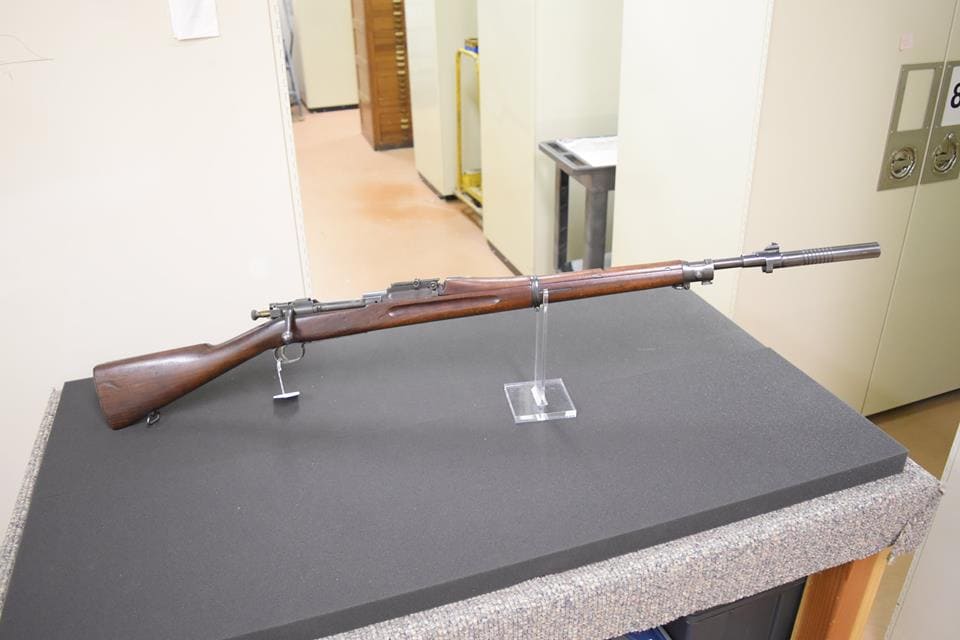 You see between 1908 and 1910, the Army’s Ordnance Bureau purchased 100 Maxim models in .30 caliber as well as another 100 from a chap named Mr. Robert A. Moore. Both of these were by default the M1910 Silencer in the Army’s parlance. 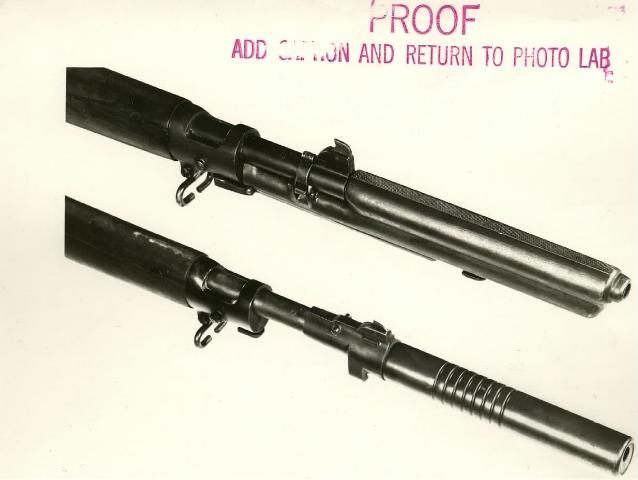 Tests of the Maxim at the School of Musketry found the Silencer gave the following advantages:

(1) The lesser recoil of the rifle with Silencer operated in two ways: It greatly facilitated instruction of recruits in rifle firing. It materially lessened the fatigue of the soldier in prolonged firing, such as would occur in modern battle, which is a distinct military advantage.
(2) The muffling of the sound of discharge and the great reduction in the total volume of sound which permits the voice to be heard at the firing point about the sound of a number of rifles in action, greatly facilitate the control of the firing line, and extends the influence of officers and non-commisoned officers. It was found where the tactical conditions required a quick opening of fire, a sudden cessation of the fire and several quick changes of objective – all of which are difficult with several rifles firing – that verbal commands could easily be heard, and that it was possible to give perfectly audible instructions when the Silencer was used.

While a few were acquired, most were disposed of through the Director of Civilian Marksmanship by 1925, (yup, today’s CMP!) with a few of both kind kept at Springfield Armory for reference.

Over the course of his career, Maxim was granted scores of patents for not only firearm suppressors but also products as diverse as a portable sandbox for indoor rifle shooting, automobile muffler systems, and even what he described as a “building silencer” to make the air circulating grills and plates on places like hospitals and hotels quieter.

Below are some of his suppressor patent drawings, see if you recognize anything close to the Cody X-ray. 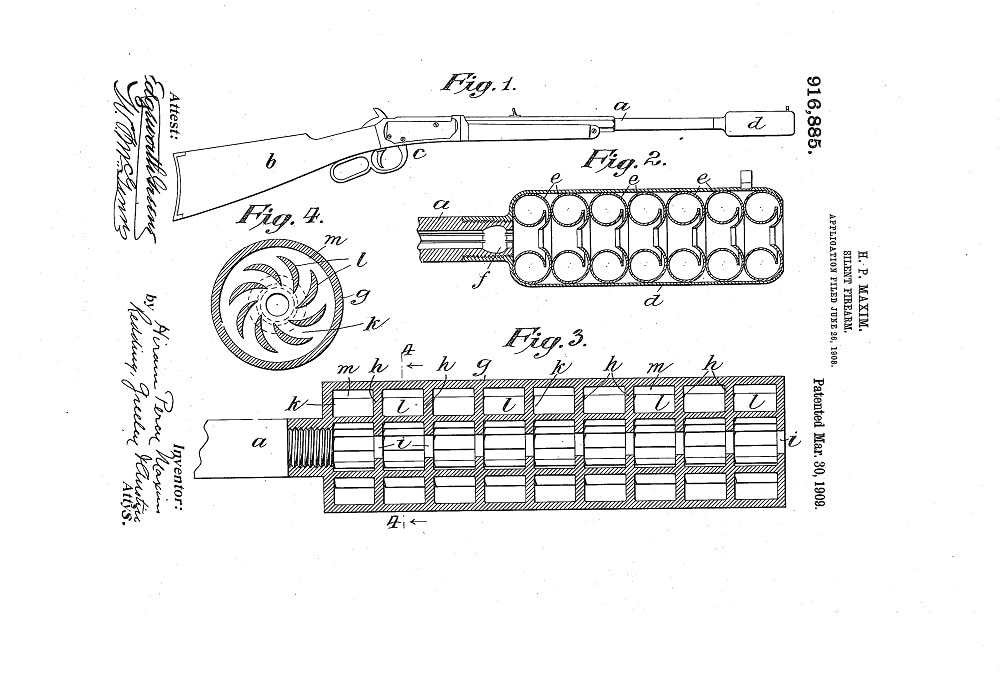 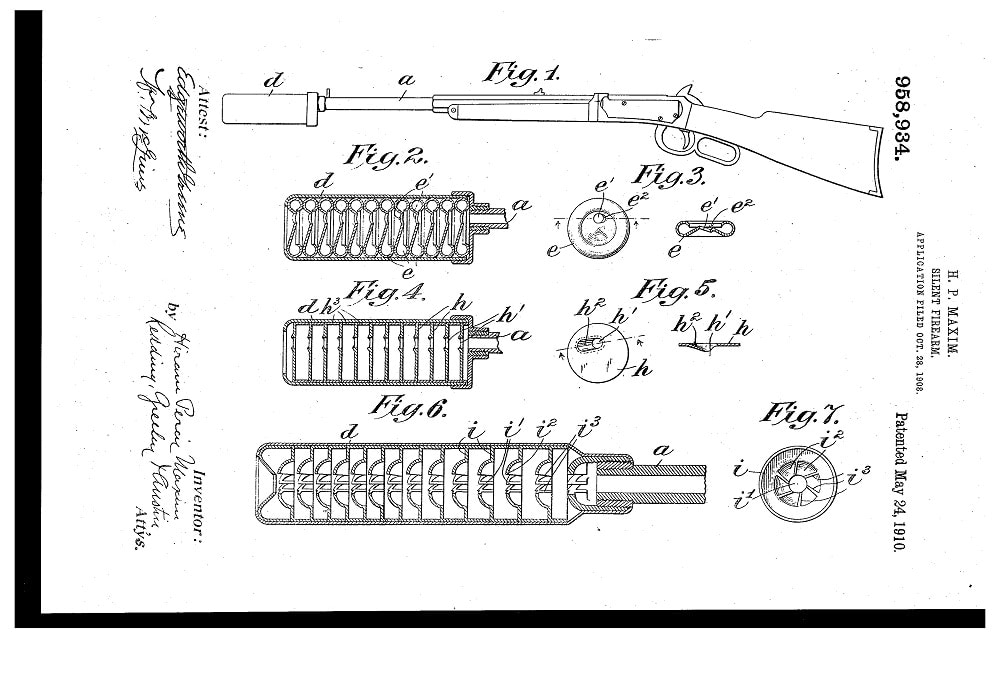 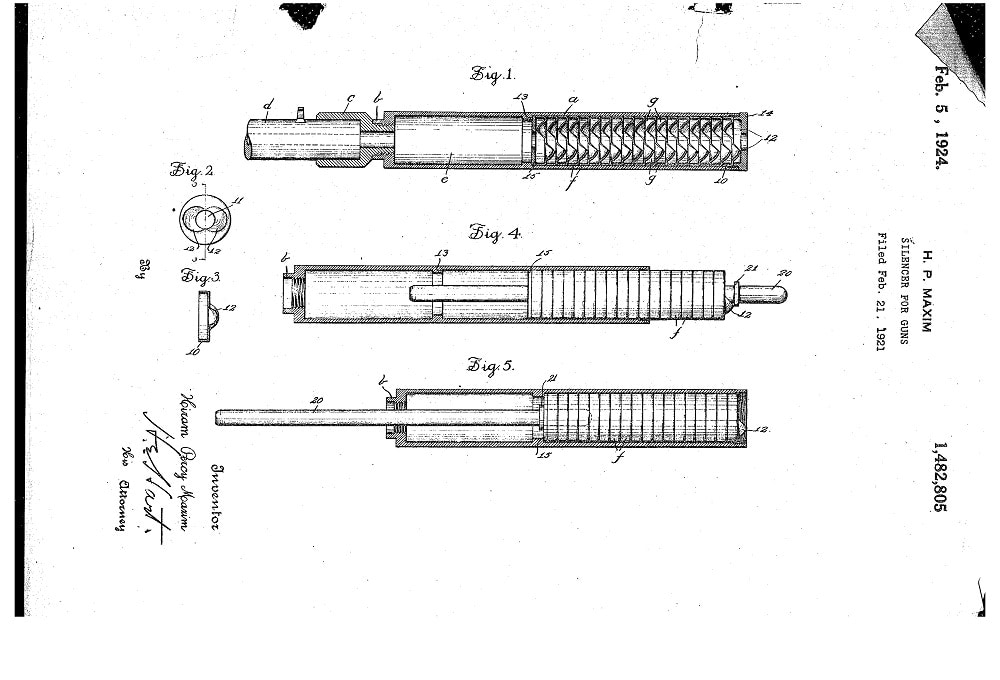