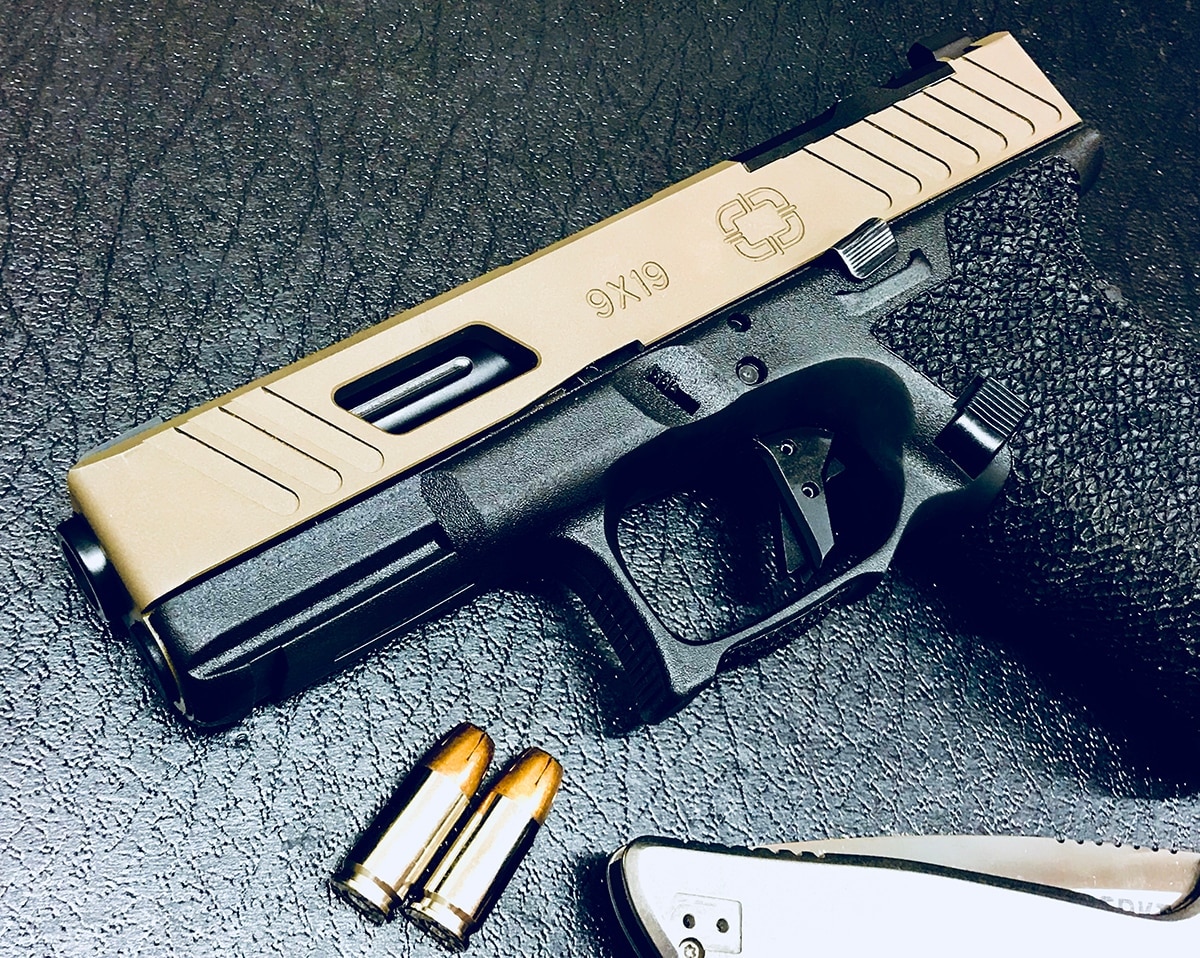 Shadow Systems, maker of Glock parts and accessories, debuted an all-new Combat Special Glock 19 Slide the company says will be available only through OpticsPlanet.

The black slides are slathered in a DLC coating, known for both its ruggedness and lubricity as well as its unique black color. The other half of the slides are finished in Shadow System’s PVD FDE coating, which is chemically bonded to provide a tougher more durable finish. The FDE color is nearly identical to the U.S. Army’s new modular handgun program pistol color.

The slides ship in either black or FDE. (Photo: Shadow Systems)

Providing a cover plate, Shadow Systems says that the G19 Combat Slide is designed to maximize handling on the Glock pistol. Shadow Systems teamed up with OpticsPlanet to bring the Combat Special Slide to consumers.

“We’re excited to be partnering with Optics Planet on this product. Their input into the design helped us create a slide that looks great but is built tough enough for serious work. We are looking forward to doing other products with the OpticsPlanet team in the future. General Manager of Shadow Systems Trevor Roe said in a news release.