The instant you meet Mike Cox, you’ll find he’s a no-nonsense guy who is an avid believer and supporter for our Second Amendment rights. He likes to say he is a perpetual student of the gun, especially handguns. We caught up with Cox on his working ranch in Driftwood, Texas, where, among other things, he teaches CCL classes.

He launched Driftwood CHL in 2000 out of concern that people lacked a fundamental understanding about their gun rights. He wants his students is to have a thorough awareness of the laws regarding the right to carry.

He began teaching relatives and friends, but the word soon spread, and he now runs a full classroom and very well-equipped range to take students all the way through the Texas CCL course. He estimates about 1,000 students attend his classes each year. He is also the Director of License to Carry for the Texas State Rifle Association in addition to being on their board of directors. 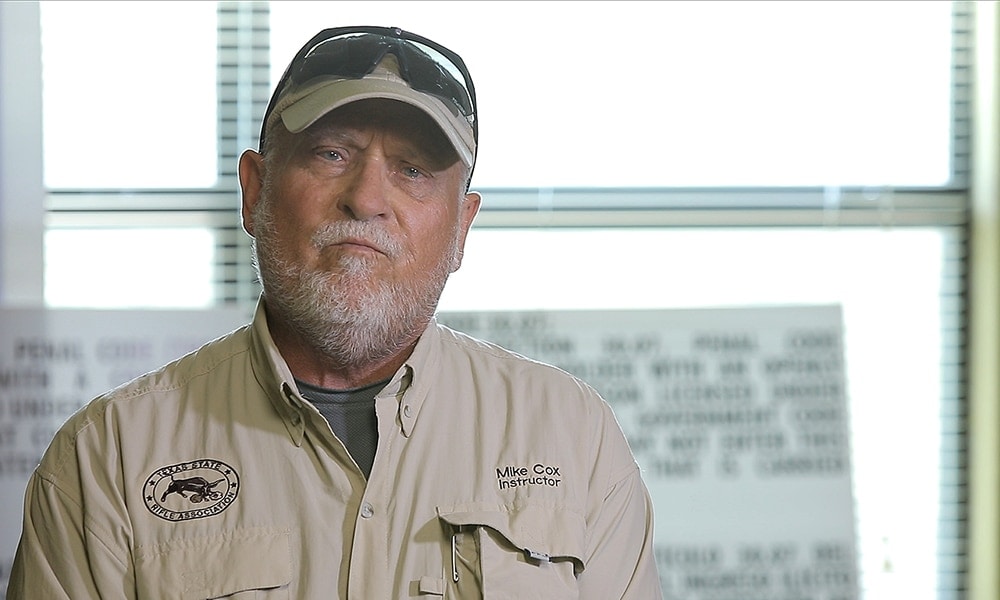 His every day carry of choice is the Sig Sauer P320C handgun chambered in 9mm. After hitting the U.S. market in January 2014, the P320C has become a popular modular system. Nothing comes close to the P320’s ability to change almost every major feature of the gun. That’s one of the reasons Cox has really taking a liking to it.

His said his hand size is slightly small, so he has customized the grip and gone with the compact model for carry. However, if he decided to move up to a full frame, the trigger group is easily removed and can be placed in the larger frame in about two minutes. He keeps a 17-round magazine in the weapon and carries an additional 21-round magazine. Even though Texas now allows open carry, Cox prefers to conceal his weapon as he feels seeing the side arm could invite unwanted attention and/or danger. 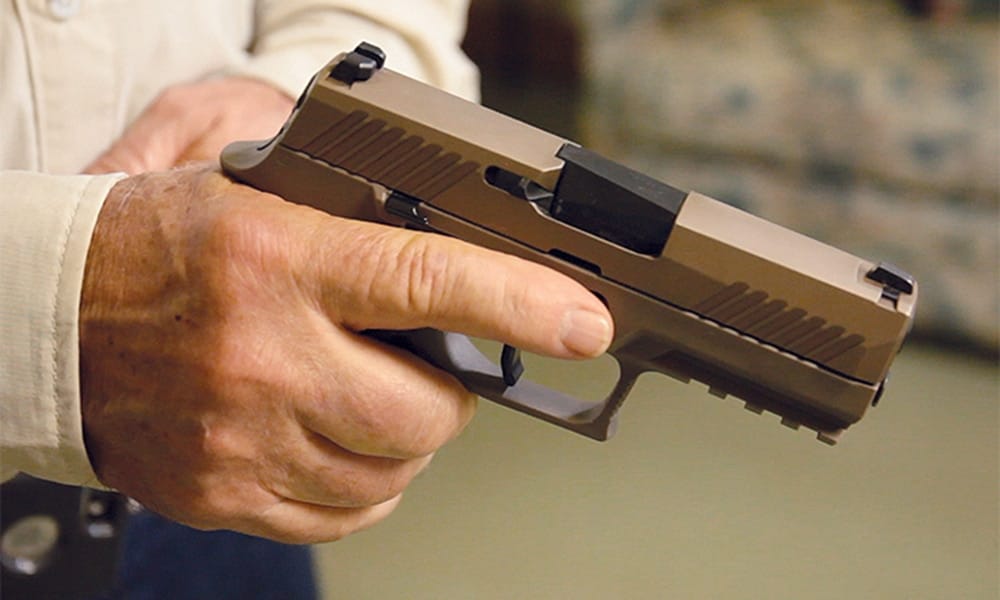 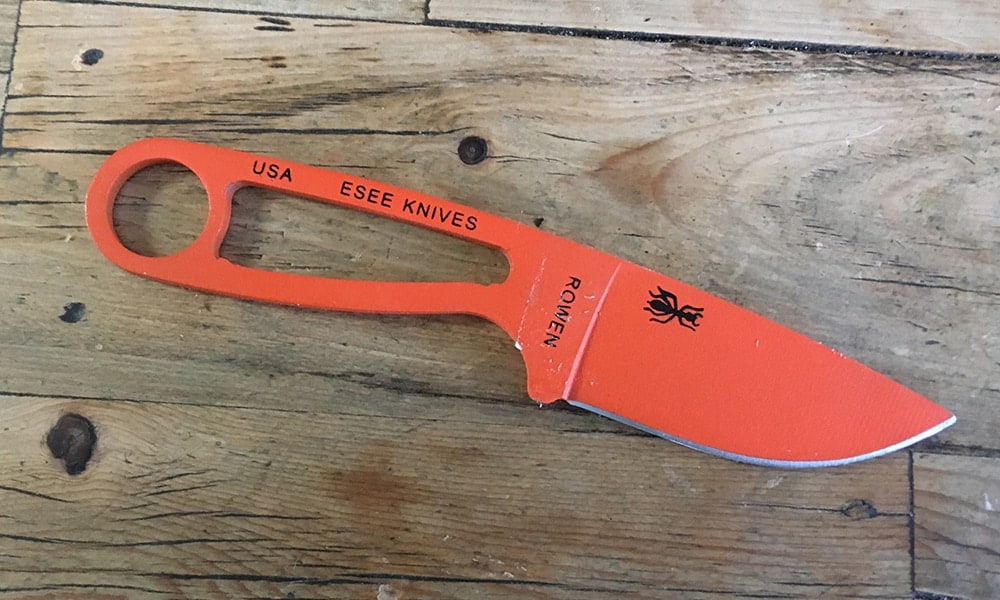 Cox chooses to secure his sidearm with a no restraint Kydex holster for its ability to quick draw. He also has apprehensions about the “universal” holsters and warns against them.

Cox is also a strong advocate for carrying a fixed blade knife, which he also conceals. In addition to being a very handy tool around the ranch, he explains how, in a scenario were the perpetrator may be attempting to gain access to his handgun, while his strong hand struggles to maintain control over keeping the weapon holstered, the free hand would have the ability to access the knife and inflict serious damage to the perp. The knife he carries is an ESEE Izula Knife model number 51455.

After taking the time to meet Cox and learn about his life experiences I gained great respect for this man and the priceless knowledge that he is willing to share. We need more just like him to carry on and teach younger folks a legacy for the right to defend ourselves, as well as, be a strong voice to our legislators and lawmakers to secure our Second Amendment rights.