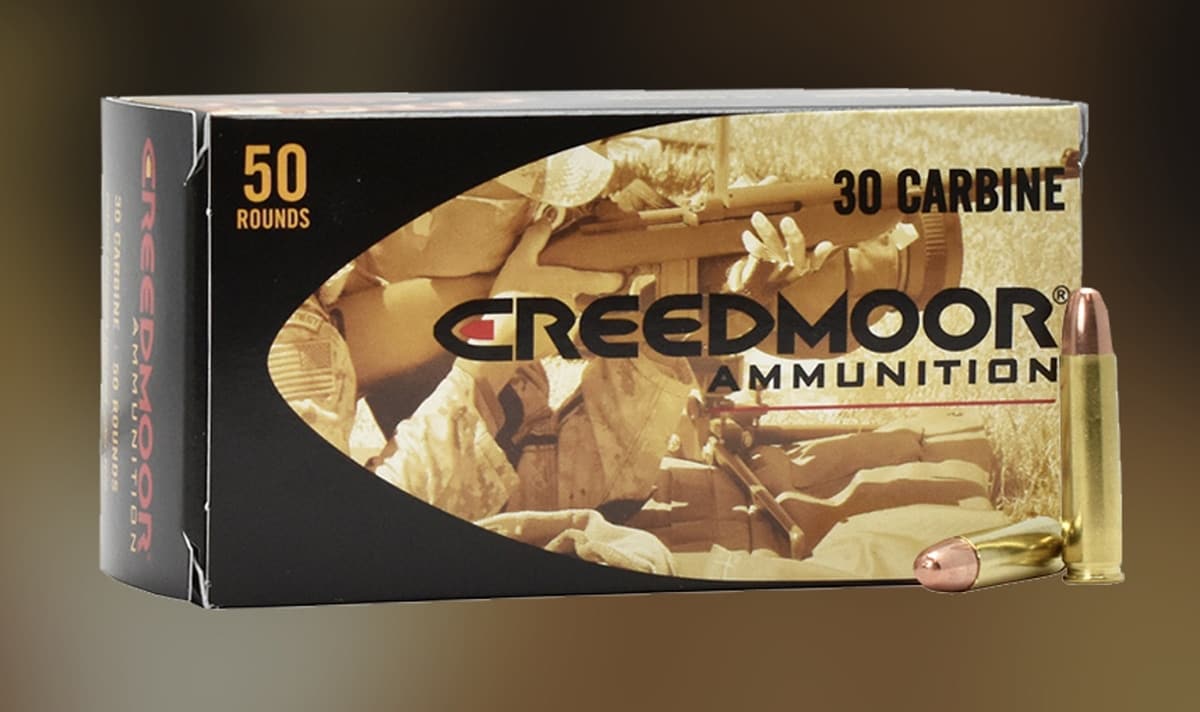 Made in the U.S., the new rifle ammo combines Starline Brass with Hornady 110-grain FMJ bullets. The .30 Carbine cartridge was used in the M1 Carbine originally launched in the 1940s. Chambered in rifles used by the U.S. military during World War II, the Korean War and Vietnam, the .30 Carbine saw some popularity in the civilian hunting realm. The round’s popularity has continued in the worlds of collecting and reenactments, necessitating ammunition to accommodate these segments of the gun industry.

“Introduced in the 1940s for the U.S. Military, the .30 Carbine Rifle Ammunition remains a good choice for hunting and self-defense,” Creedmoor Sports said in a news release.

Creedmoor Sports reports its .30 Carbine offering delivers a muzzle velocity of 1,601 feet-per-second at 100 yards with 626 foot-pounds of energy.

Available in 50 round boxes for $37.50, the .30 Carbine 110-grain Rifle Ammunition is available through Creedmoor Sports.