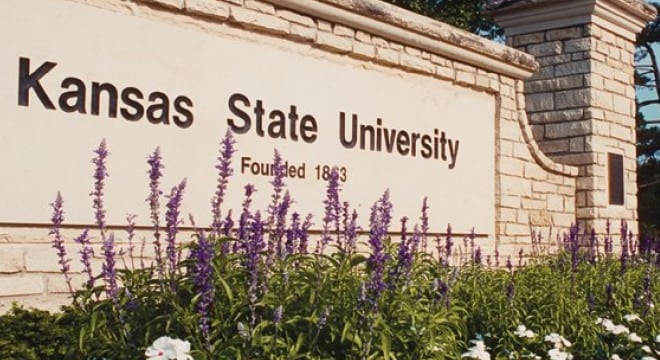 Kansas State University officials, as well as those from other schools in the state, said the first year of campus carry went off largely without an issue, and in some cases coincided with a drop in crime. (Photo: K-State)

With the first full year under the state’s new campus carry law over, universities in Kansas have little trouble to report.

Campus police with Kansas State University, the oldest public university in the state and home to more than 22,000 enrolled undergraduates, reported filing no criminal cases regarding handguns on campus in the past year, according to The K-State Collegian, the school’s paper. Two violations of the school’s weapon policy were logged but officials said one was handled by school administration and in the other, the reported individual could not be located.

“K-State’s policy has done a thorough job of being inclusive to both gun owners and those who don’t carry,” student body president Jordan Kiehl said. “There are also programs in the community certified to teach students how to use handguns safely.”

Campus carry came to the state last July after a provision in a 2013 concealed carry law governing public buildings kicked in allowing those with permits to have their handguns on school property. While some protested the move — which saw at least one public resignation by a professor and another show up for class clad in body armor — reactions overall were mixed.

At the University of Kansas, officials in March said crime on the Lawrence campus declined 13 percent from 2016 to 2017, citing increased law enforcement presence due to new officers hired in the wake of the campus carry law. At the same time, the school reported no weapons violations. The news was touted by the National Rifle Association.

It is not just Kansas that saw little grief from legal campus carry. With a full semester of the state’s new campus carry law in the rear view, colleges and universities in Arkansas have few incidents to report. Similarly, Texas in 2017 reported few problems after campus carry came to the Lone Star State while costs of implementing the new standard proved less than schools had forecasted.