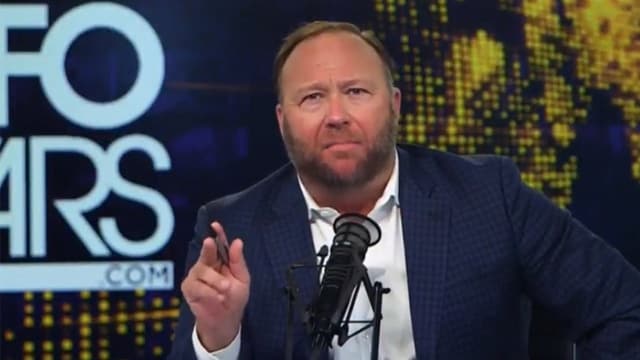 Family of another Sandy Hook school shooting victim sued Alex Jones for defamation as the conspiracy theorist hired lawyers who also represent a neo-Nazi in unrelated free speech case as his defense.

William Sherlach, whose wife Mary Scherlach was killed in the 2012 attack, has joined seven other families with claims against Jones. On his show InfoWars, Jones has spread falsehoods about the incident and the victims to support the narrative that the shooting was a hoax and government conspiracy to undermine gun rights.

The complaint filed Monday in a Bridgeport Superior Court in Connecticut has not yet appeared in the court’s online system, but the Connecticut Law Tribune reports that the document includes similar arguments as the lawsuit filed by the seven other plaintiffs. In fact, the families are using the same attorneys who plan to combine the cases.

“Even though overwhelming—and indisputable—evidence exists showing exactly what happened at Sandy Hook Elementary School on Dec. 14, 2012, certain individuals have persistently perpetuated a monstrous, unspeakable lie: that the Sandy Hook shooting was staged, and that the families who lost loved ones that day are actors who faked their relatives’ deaths,” the lawsuit says and adds Jones is “the chief amplifier” of those lies.

Late last month, attorneys with the Las Vegas-based Randazza Legal Group appeared on behalf of Jones and his companies. The group also represent Andrew Anglin, co-founder of the neo-Nazi website the Daily Stormer, who has been sued for harassment by a Montana woman after the site’s followers directed anti-Semitic slurs and threats toward her. Anglin is accused of using his website to target the woman in a “troll storm.”

Attorney Marc Randazza told The New York Times that he acknowledges expert legal opinions saying the Sandy Hook families have strong claims against Jones. “I think if you look at the allegations in the complaint, that’s an easy conclusion to make,” he said. “But as these cases progress sometimes things turn in the other direction.”

Randazza told The Times that his group will mount “a strong First Amendment defense” against the allegations and added that Jones has “a great deal of compassion for these parents.”

In the lawsuits, plaintiffs say they “have faced physical confrontations and harassment, death threats, and a sustained barrage of harassment and verbal assault on social media” as a result of Jones’ baseless conspiracies and his urging followers to explore the tragedy. The plaintiffs allege Jones launched the effort to boost traffic and in turn ad revenue and sales on his website.

In December 2012, a lone gunman murdered 20 first-graders and six educators at Sandy Hook Elementary School in Newtown, Connecticut. The incident was one of the worst mass shootings in recent history and launched a contentious debate about U.S. gun control.

Jones has been named in other defamation cases outside of Connecticut. Two other Sandy Hook families filed cases in Texas against Jones, and a Massachusetts man filed a defamation claim against Jones after he identified him as the gunman responsible for February’s school shooting in Parkland, Florida.