The firearms were handled by the San Francisco and are destined to be melted down to make shovels. In the above from ABC7, they show off a (we hope) homemade shotgun that seems to consist of a portion of 2×4 piece of lumber, some zip-ties and a length of capped pipe. 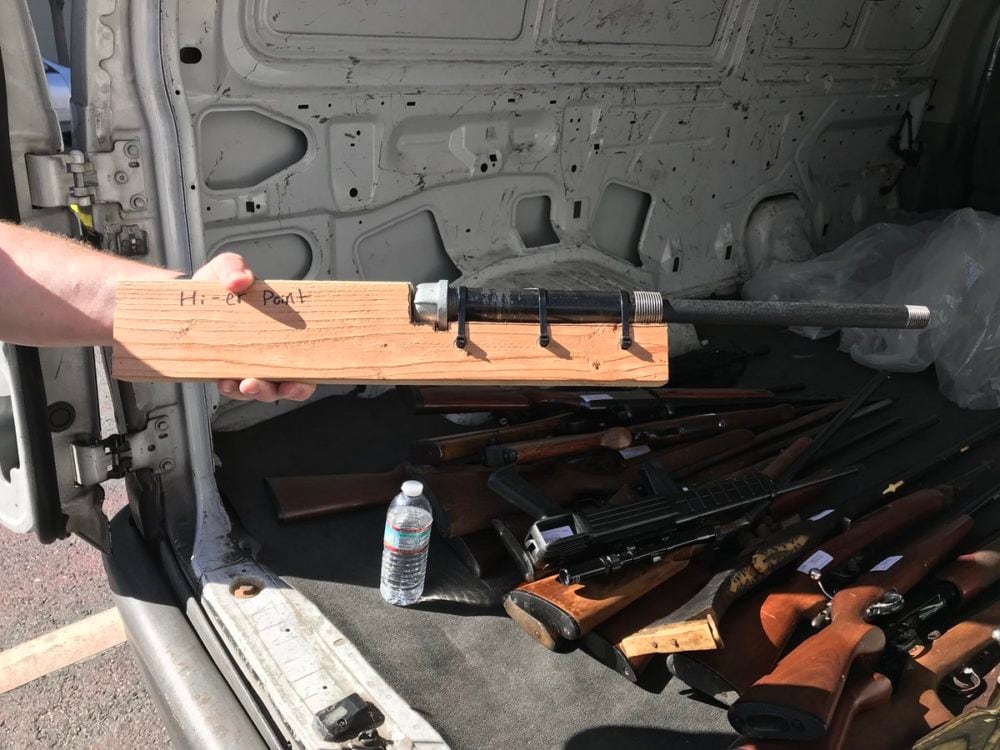 For reference, we believe this gun is completely unrelated to Hi-Point Firearms Also, check out what looks to be a tourist-quality jezail muzzleloader from the Middle East in the van, resting atop an M1 Carbine. (Photos: SFPD)

The homebrew shotgun resembles a 1995 piece of modern art entitled Hecho en Switzerland, which was reportedly crafted by artist Tom Sachs for pocket change then sold to a New York City buyback for $300, an act that became the stuff of gun culture legend.

According to the SFPD, the group bought 187 guns, including 57 pistols, 44 revolvers, 11 assault weapons and three shotguns. “The police department really encourages the public to encourage these types of events because one gun taken off the street could mean the prevention of one loss of life,” said SFPD Capt. Daryl Fong. 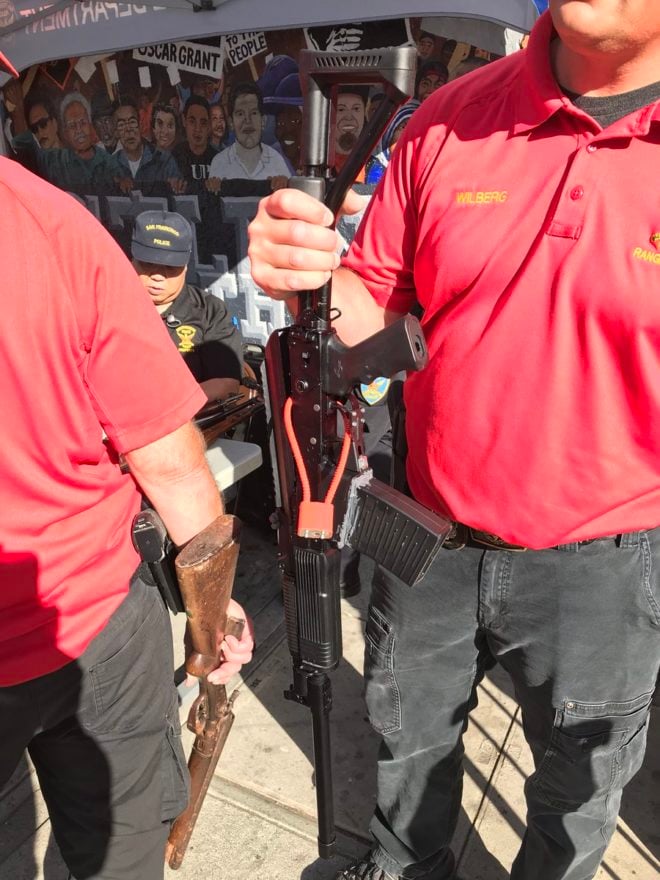 How about that rich patina on the left? 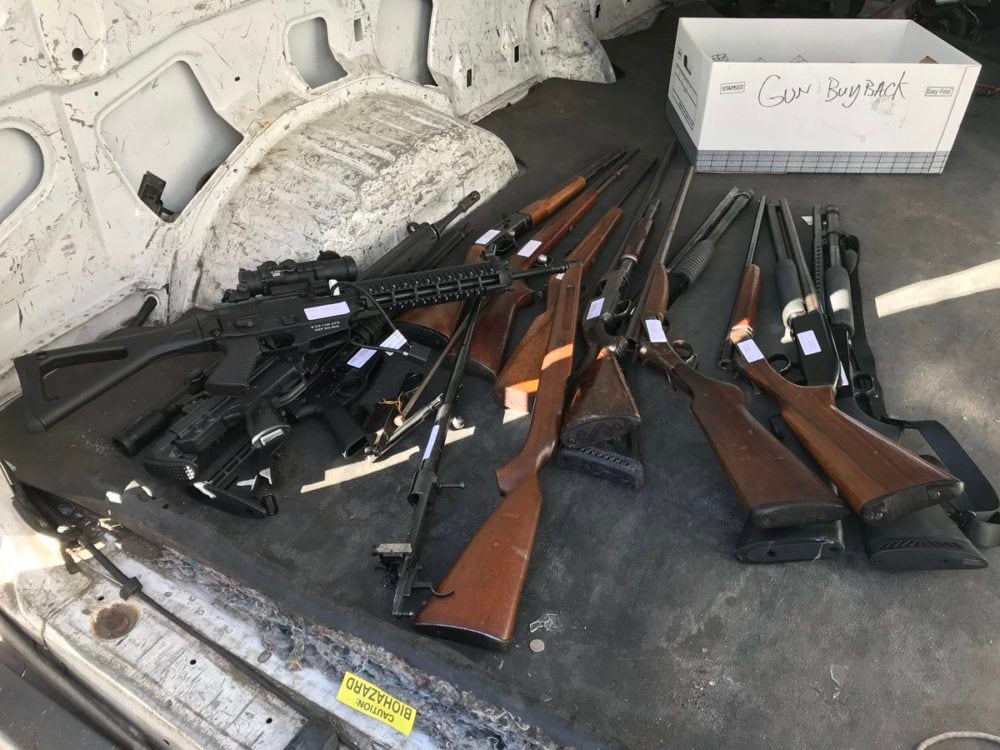 This looks like the worst table at the gun show 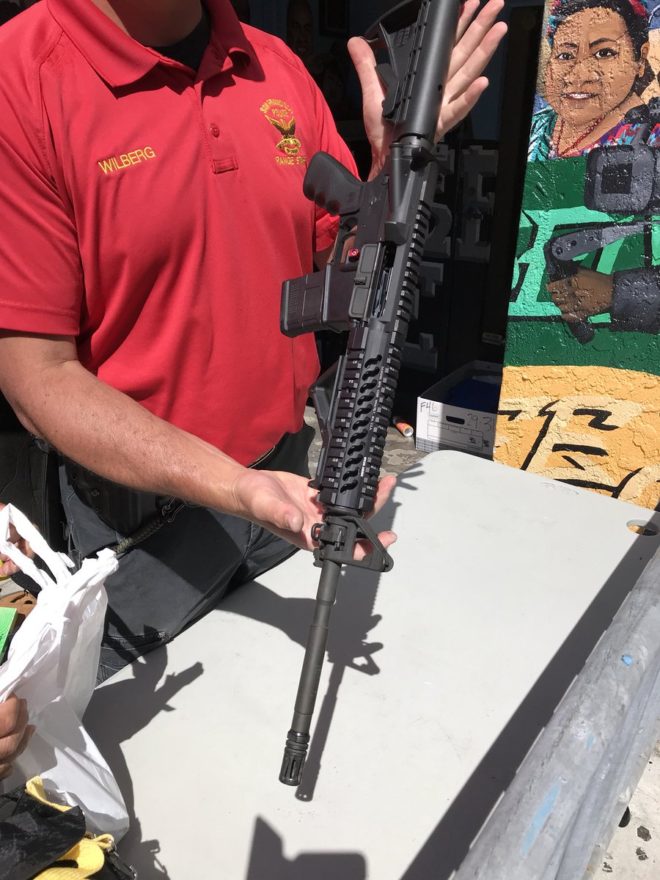 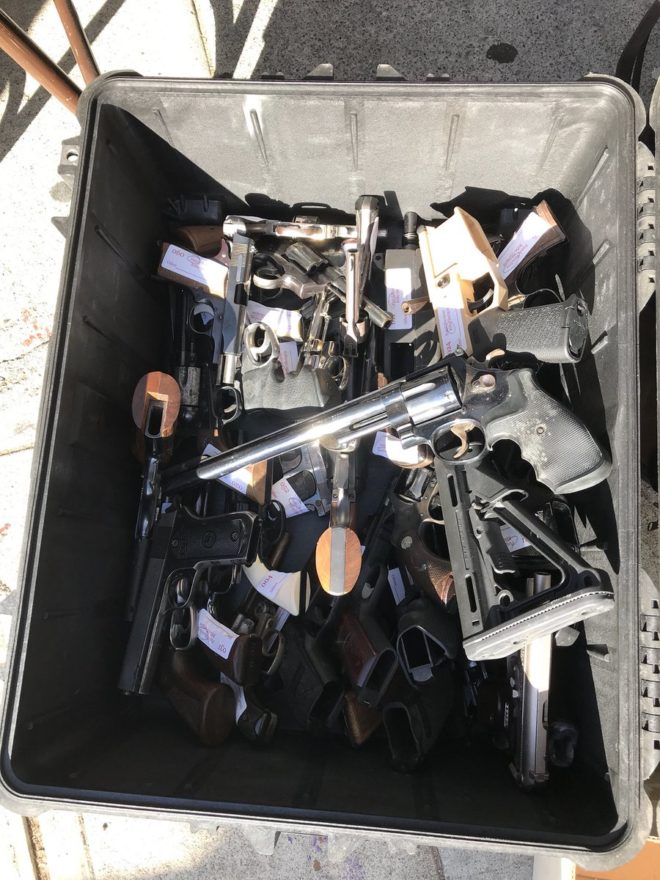 Remember, “Dirty” Harry called SF home, so you knew there had to be a hand cannon somewhere in the mix. Also, the pistol in the lower left corner looks to be a vintage Colt Model 1903 Pocket Hammer in .38 Auto, an almost forgotten classic that predated WWI in a caliber that came just before .38 Super. That’s gonna be one sad shovel. “As if millions of voices suddenly cried out in terror and were suddenly silenced…”

Although many question the effectiveness of such campaigns, even if the event got one just gun out of circulation, community organizers felt it was a success.