A joint operation between the Los Angeles Police Department and federal Bureau of Alcohol, Tobacco, Firearms and Explosives wrapped up a six-month investigation with the arrest this week of 10 suspects with ties to an East Los Angeles criminal street gang.

The investigation, began in January, targeted criminals selling so-called “ghost guns,” or homemade firearms produced without serial numbers or background checks. The operation seized or purchased through undercover buys 50 assorted firearms, one suppressor, a number of magazines that are regulated under California law, as well as three pounds of methamphetamine, vehicles, body armor and money.

“Search warrants at the end of the investigation resulted in the seizing of firearms manufacturing tools and materials used to build AR-style rifles and pistols from unfinished lower receiver kits,” said ATF Special Agent in Charge Bill McMullan. “This is a common trend ATF is seeing in SoCal amongst gangs. Criminals building their own guns since they are prohibited from buying guns legally.”

Besides a factory-produced AK47 style rifle and an SKS, officials say that the majority of the firearms recovered were homemade AR-15 type rifles in various configurations and two Polymer 80 style handguns. In many cases, the suspects were operating from and manufacturing the guns in Hollywood-area hotels. 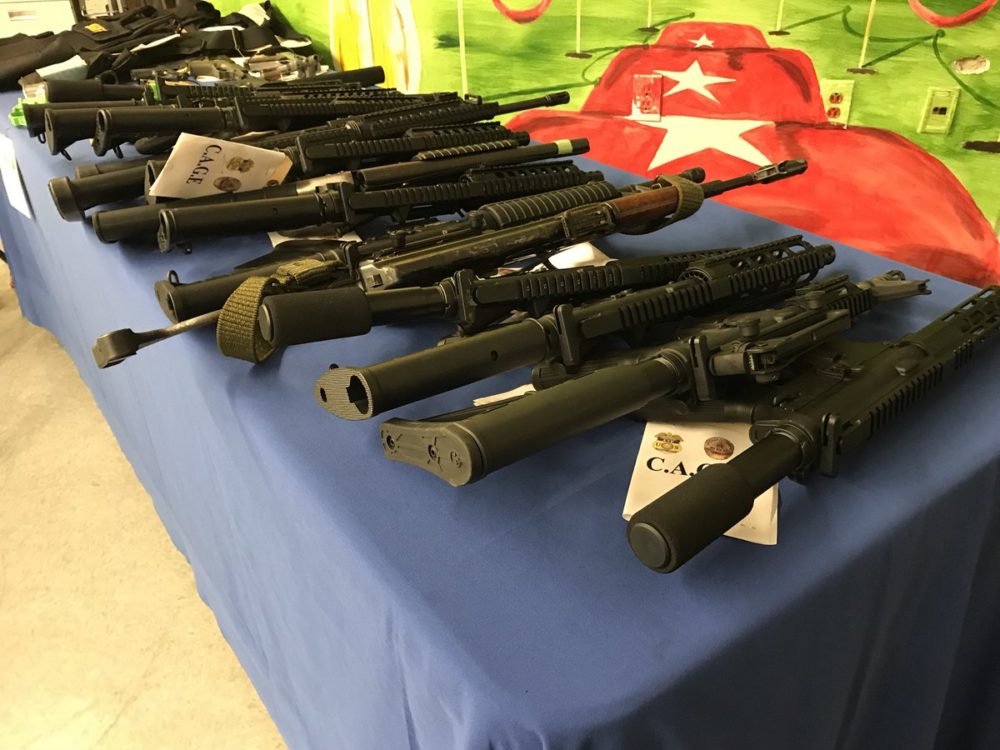 Officials say the bulk of the guns recovered were AR-15 style rifles made from unfinished lowers (Photos: LAPD) 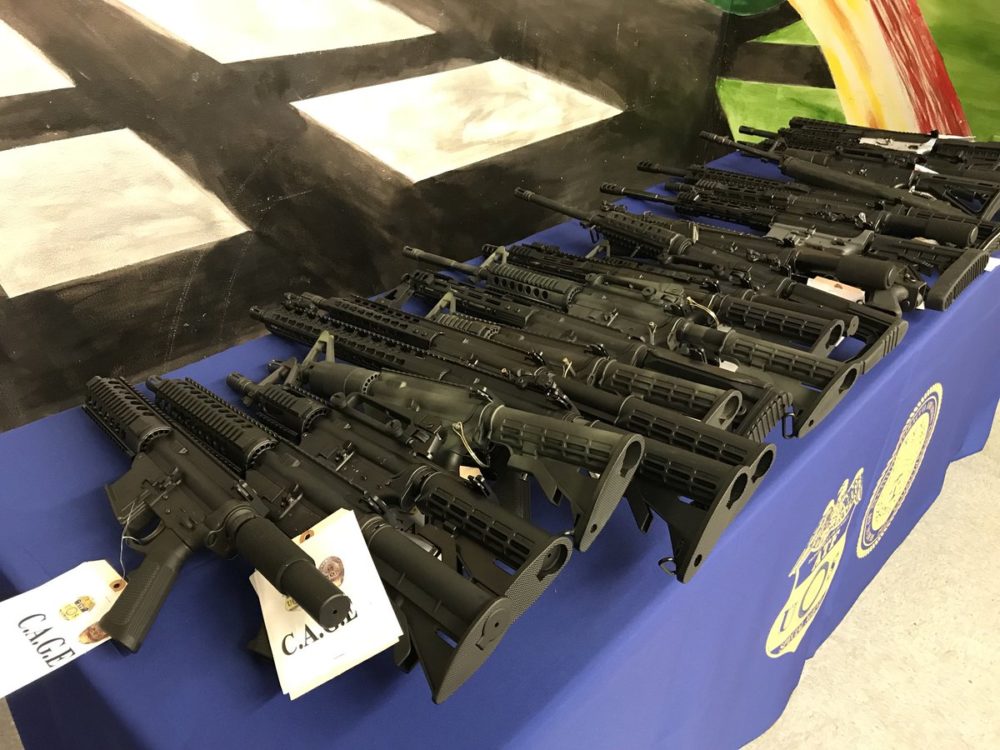 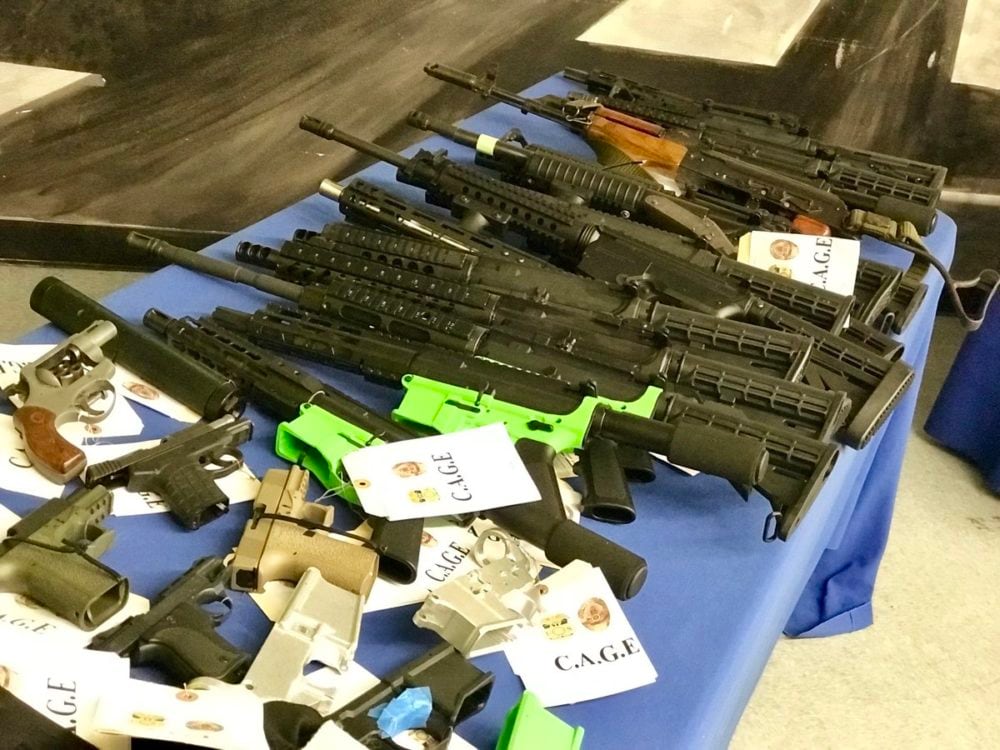 In addition, at least two handguns were made with un-serialized 80-percent frames.

Under legislation, signed into law in 2016 by Gov. Jerry Brown, legal builders of homemade firearms have to first obtain a serial number through the state Department of Justice to complete their built and abide by a myriad of California laws.

In conjunction with the announcement, officials referenced a current proposal being weighed in the state Senate aimed at regulating “firearm precursor parts” sold in California through a mixture of licensing, mandated reporting and background checks. The measure, AB 2383, would mandate background checks on many of the components needed to build or repair firearms and regulate those who sell them through a licensing scheme.

“People who’d normally be prohibited from purchasing a gun are able to purchase these right now,” said LAPD Lt. Steve Embrich at the joint press conference, holding an 80 percent complete AR-15 lower for effect. “We did want to point out that there currently state legislation that would ban the sale of ghost gun precursors, which would actually slow the sale of these parts.”

The 10 suspects were hit with a total of 47 charges by the Los Angeles District Attorney’s office ranging from conspiracy and possession of a silencer to the manufacture, transport, and sale of items deemed as “assault rifles” under state law. 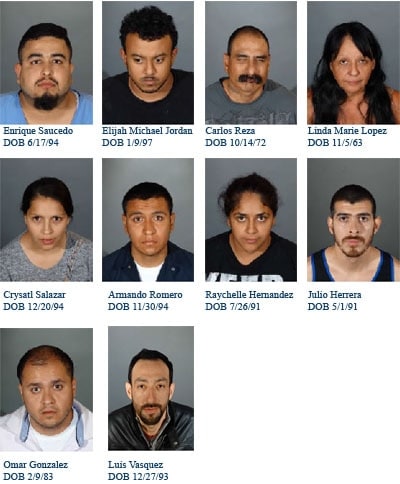