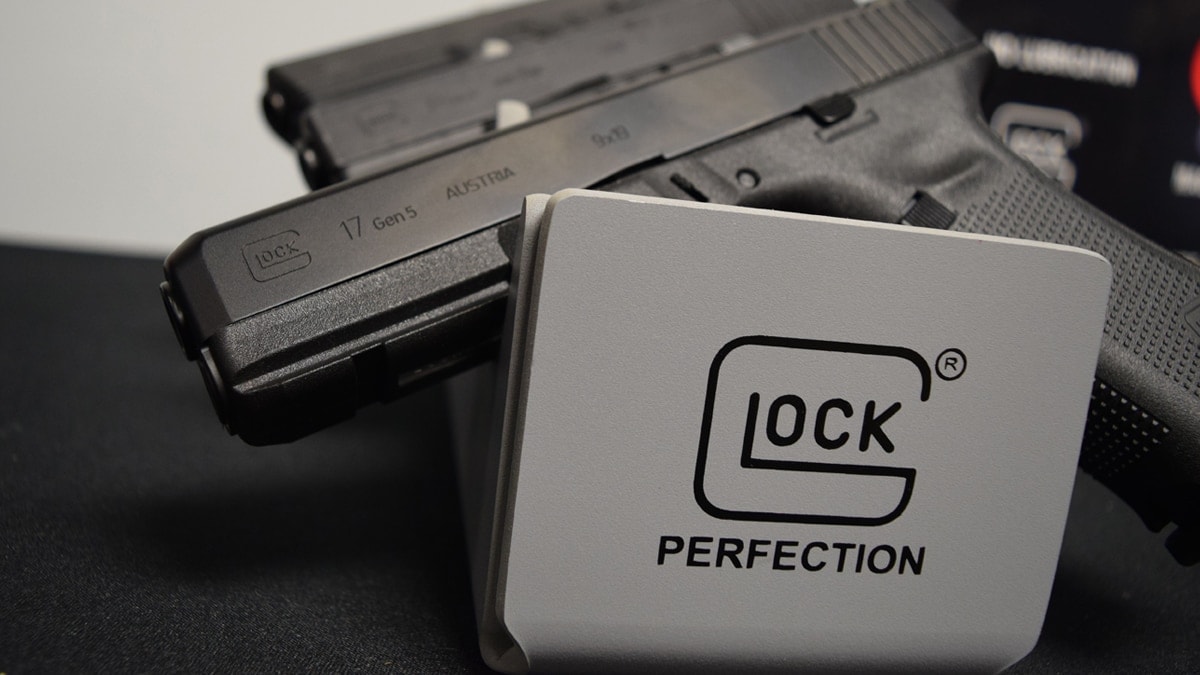 Some new Glock pistols propped up at a Glock facility in Smyrna, Georgia. (Photo: Daniel Terrill/Guns.com)

A federal judge agreed to dismiss multiple counts of fair practices violations brought against Glock by a New Jersey gun distributor, but denied the gun maker’s request to dismiss breach of contract claims.

U.S. District Judge Noel Hillman said Glock’s reasoning for terminating a contract with Lawmen Supply Company to provide law enforcement departments with pistols was “pretextual” and allowed the case to continue. In his opinion, Hillman called the contract’s language “ambiguous, and certainly lacking in clarity.”

For 25 years, Lawmen had been distributing Glock pistols to law enforcement agencies along the East Cost. The distributor had contracts with the state of Delaware, Maryland, and, near the time of filing the claim, with New Jersey.

Then, in December 2016, the two companies renewed an agreement making Lawmen a “Glock Only” distributor for law enforcement markets. The annual contract had been renewed every year since 2011, but Glock tried to terminate it in July 2017, claiming Lawmen violated the agreement by selling 340 Glock pistols in the commercial market.

The next month, Lawmen filed a complaint against Glock in federal court that included 12 claims including violations of business protection laws, but now all but two remain. Hillman denied Glock’s request to dismiss breach of contract and breach of the implied covenant of good faith and fair dealing claims.

However, in June 29 order, Hillman said Lawmen has 30 days to file an amended complaint to replead two claims. The company will have a chance to renew arguments that Glock violated the New Jersey Franchise Practices Act and to find overlap between the Uniform Commercial Code in New Jersey and Georgia, the home state of Glock’s U.S. operations.