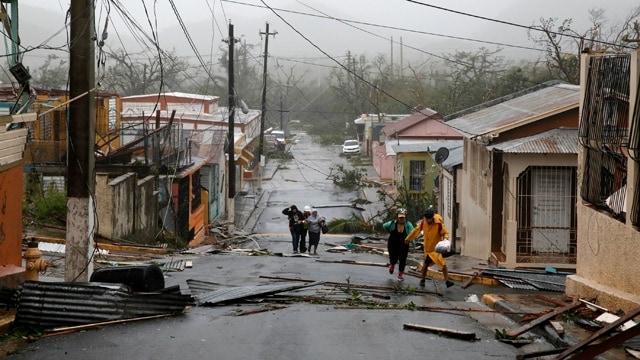 Licensed dealers have transferred more than 18,000 firearms since September 2017, a 37 percent increase over the same nine-month time period recorded the year before. In the first six months of 2018, dealers sold 13,352 firearms — mostly handguns — eclipsing the first half of 2017 by 52 percent.

“There isn’t an adequate number of police to protect the citizens. There just isn’t,” Jose Robles, a retired police officer who lives in a town just outside of San Juan, told Topic during an interview last month. “That was evident in the emergency following Hurricane Maria … [police] had to leave the people without security. They couldn’t do both; there wasn’t enough [of them]. That’s the truth.”

Navigating the island territory’s complex gun laws often requires an attorney’s guidance, though it appears more residents are willing to take on the challenge as police coverage grows thinner by the day, according to local media reports.

In December and January, 20 percent of the island’s 1,300 officers went on strike after officials didn’t pay overtime wages owed for storm recovery. Strained resources — a lingering side effect of Puerto Rico’s $74 billion debt crisis and widespread unemployment — spawned an exodus of 200,000 residents, including 800 police officers, to southern Florida. Nearly half of the island’s remaining 3.4 million residents live in poverty, according to data from the U.S. Census Bureau.

Haniel Pomales, a resident of Playa Punta Santiago, told the Daily Mail in September law enforcement abandoned him and others stranded in the resort town after Hurricane Maria tore it to shreds, leaving it vulnerable to looters and others looking to exploit scant police coverage.

“My brother’s friend is a cop, his advice was arm yourselves with whatever you can find and do what you need to do,” he said during an interview with the newspaper 10 days after the storm blew through. “If you had signal you could try calling the cops but they won’t come. He said that if we shoot someone we should just leave their body in the street and they will come and pick it up in the morning.”

Luz Collazo Pagan, a 55-year-old lawyer from Toa Baja — a town of 88,000 residents on the island’s northwestern coast —  showed a New York Times reporter the binder full of legal documents she said she uses to help her neighbors buy guns, as part of her family’s efforts to keep people safe after the storm.

The federal regulations were lifted from June 2015 through November 2016 following a court battle over the constitutionality of Puerto Rico’s gun laws. The temporary reprieve created an effective permitless carry in the territory until an appeals court ruled to restore existing regulations.

Despite its tough restrictions, the murder rate in Puerto Rico in 2016 averaged nearly three times higher than that of Miami-Dade County, Guns.com previously reported. It’s just one reason why not everyone blames Hurricane Maria or decreased police presence for ongoing violent crime, including Secretary of the Department of Public Safety Héctor Pesquera.

“Is it fair to say that more police presence would prevent murders? No,” he said during an interview with Topic. “When we had 17,000 officers in 2012, there were 1,600 murders that year.”

Some of the data supports Pesquera’s position. Murder rates appear down in 2018, according to police data, though its unclear what role power outages played in underreporting.