Guns.com stopped by the Concealed Carry Magazine office a few weeks ago to talk with the magazine’s Executive Editor Kevin Michalowski about his EDC setup. As editor of a gun mag, Michalowski has the incredible opportunity to get his hands on some of the best guns and gear the industry has to offer specific to concealed carry. Let’s take a look at what Michalowski carries and why. 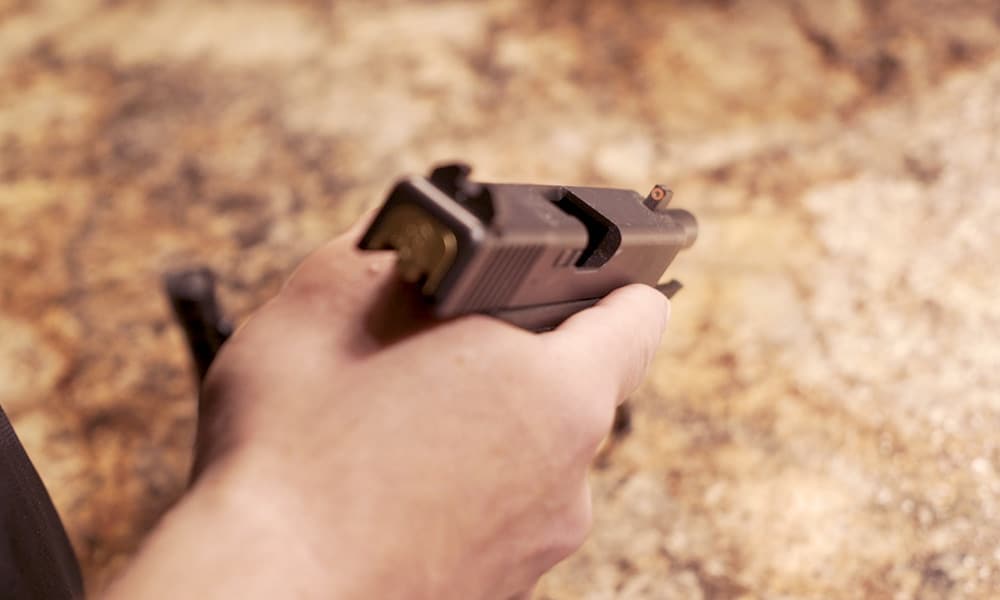 First up is the gun, Michalowski, who is a part-time law enforcement officer in the community he lives in, was mandated by his department to carry something that is substantially similar to the Glock 22 he carries while on duty. He settled on the Glock 19 because it’s very similar in size and packs a more user friendly ammunition.

Like many, Michalowski opted to swap out Glock’s factory sights for night sights, specifically the XS F8 Night Sights. “I wanted good solid night sights and these are big, strong, and really bright in the dark,” he said. 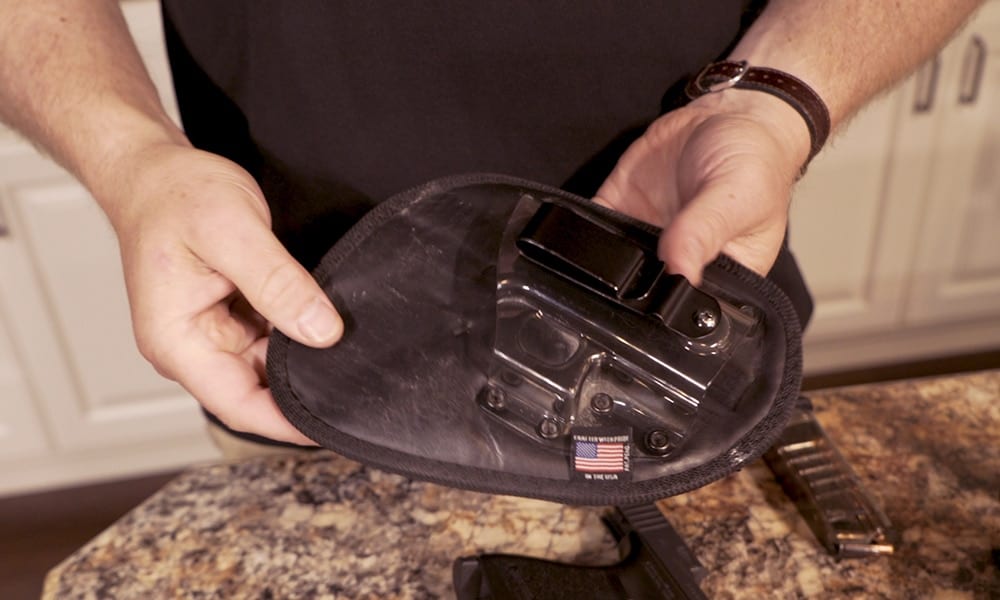 By looking at the wear marks you can tell this holster has been worn every day for a long time (Photo: Scott Gara/Guns.com)

Holsters are something Michalowski has a lot of experience with. “There is a holster box around here somewhere that is literally filled to capacity with holsters of all types,” he said. So the fact that he settled on the N82 Tactical Professional must mean that this holster is something special. For comfort it has a nice big backing on it that virtually assures that gun won’t make contact with skin. The holster secures the gun through the use of the polymer shell over the top, this also allows easy re-holstering of the firearm, though Michalowski would caution you to “reholster reluctantly.” It has a single belt loop on the side which allows the cant to be adjusted for different positions, especially helpful for getting in and out the car. You can tell by the wear marks on his holster that this has been his go to for years now. 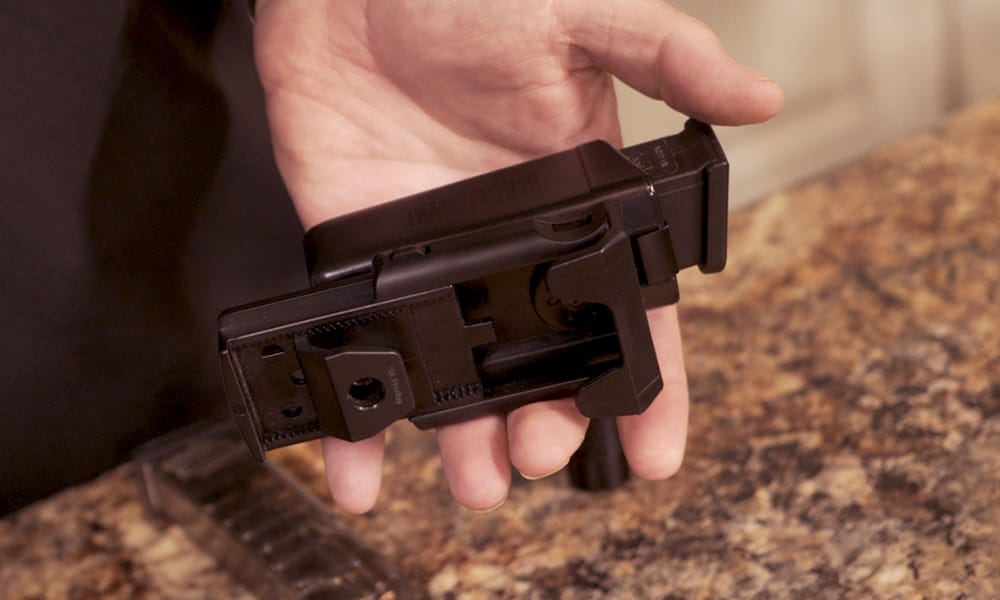 The Blackhawk! QuickMod Mag Case is versatile and easy to use (Photo: Scott Gara/Guns.com)

An extra magazine is carried in the Blackhawk! Quickmod Magazine Case, which is a little wider than Michalowski would like but it has additional benefits. It has a quick release with a two button push, allowing it to be modified to different belt sizes with ease. Each case can rotate 360 degrees, another added benefit for when riding in a car, as you can rotate the case flat for comfort. With just a small tug the magazine is easily accessible and ready to go. 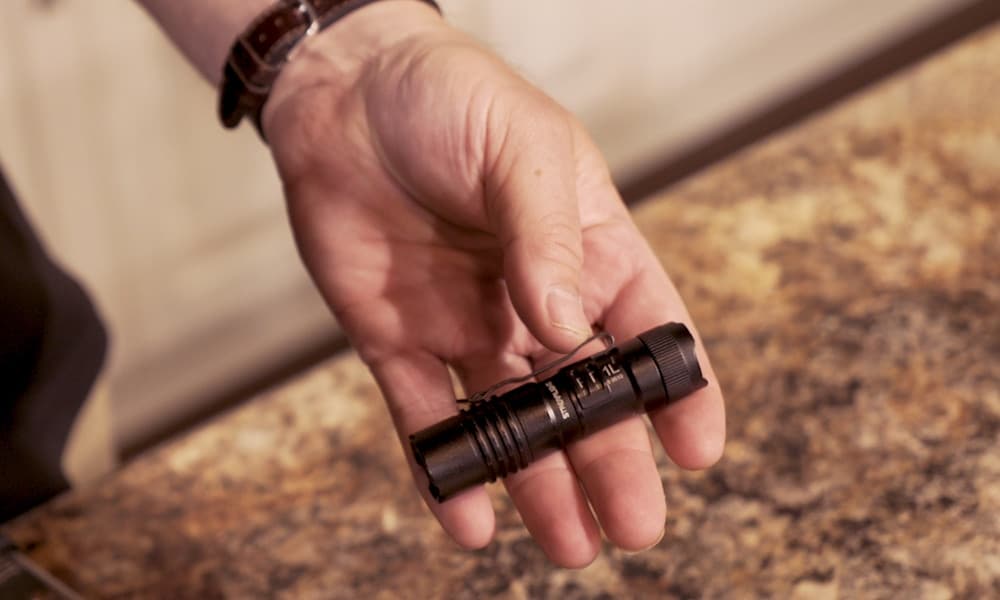 Even a small Streamlight will do to deter criminals in dark areas (Photo: Scott Gara/Guns.com)

Finally we get to the item Michalowski tells people is the most important element in self-defense, the flashlight. He sports a small Streamlight LED model, which works on a single 1-2-3 battery. Why does Michalowski consider the flashlight your go to force option?

“This lets you see what’s going on, bad guys typically operate in the dark, and all you need is a small flashlight to light it up and let them know that you know they’re there. Then they don’t have the element of surprise and will typically go somewhere else,” he said. The flashlight often times gives a user the non-lethal option to get away safely before a situation arises in which deadly force is necessary, which should always be sought after first.

Training is something that he focuses a lot in while writing for Concealed Carry Magazine and the USCCA. If you’re not going to train with it you’re not going to be proficient with it in the time of need. To learn more about the concealed carry training offered by the USCCA by visiting their website.

What do you think of Michalowski’s EDC kit? Let us know in the comments below.