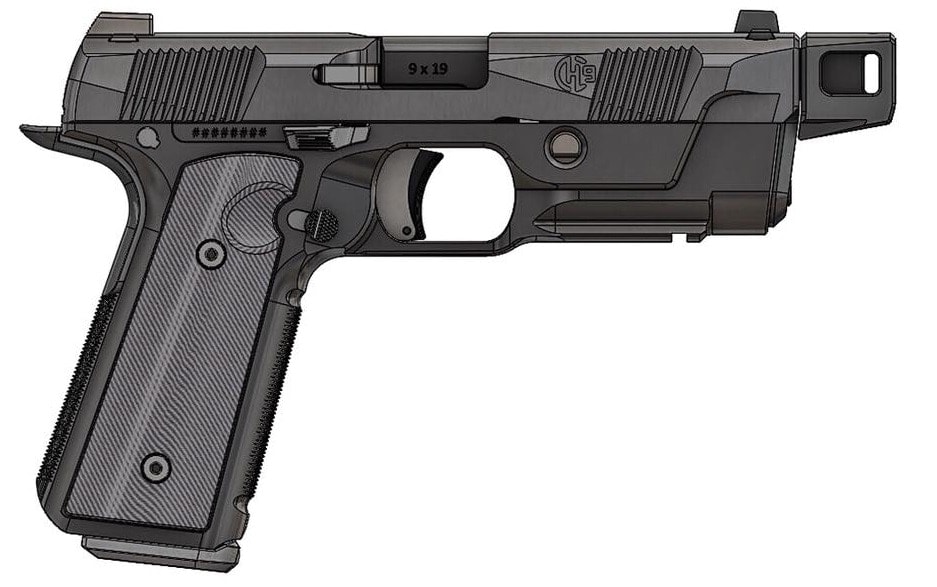 “Compensators have been proven over decades of testing and use to provide quicker follow-up shots accomplished by redirecting the gasses escaping the muzzle which decreases the amount of force returning straight back to the shooter,” says Hudson. “The bottom line is they work.”

The company burst on the scenes in 2017 with their unconventional hybrid striker-fired pistol with a 1911-style trigger after more than three years of R&D. Hudson then followed up this year with the redesigned H9A which is about a half-pound lighter.