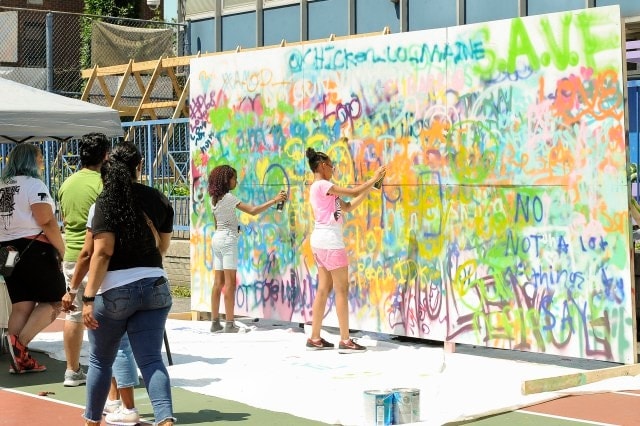 The event, which according to Vance’s office used “art as a resource to heal trauma resulting from gun violence,” put local volunteers in touch with the Harlem community and included activities ranging from mural painting and t-shirt design to music and spoken word performances. The festival also gave Vance a chance to debut his office’s three new Gun Control Advocacy Fellows, brought on to help stump for stronger gun laws over the summer.

“Gun violence does not only harm victims and their families; the resulting trauma sends shockwaves throughout their entire communities,” said Vance, a Democrat who founded Prosecutor Against Illegal Guns two years ago. “This weekend’s Art of Healing festival serves as an important reminder that our work as prosecutors extends beyond the courtroom and that, often, delivering justice for victims means meeting with them in their own neighborhoods.”

In addition to the festival, Vance’s office also worked with the New York Police Department to hold a gun buyback at an area church in Central Harlem. Those who turned in handguns and “assault rifles” could receive up to $200 in prepaid cards while individuals who took advantage of the no-questions-asked program to turn in airguns, shotguns, and other rifles could get $25. A photo provided by the NYPD showed an SKS rifle along with several air guns and a percussion single-shot pistol among the haul. 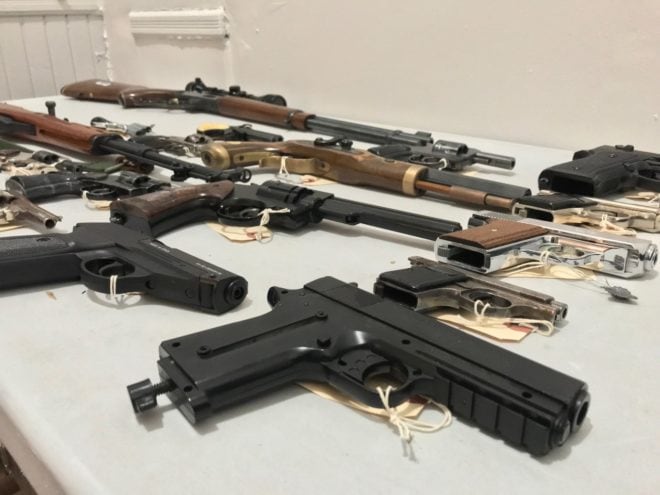