Why parents are opting for tactical diaper bags 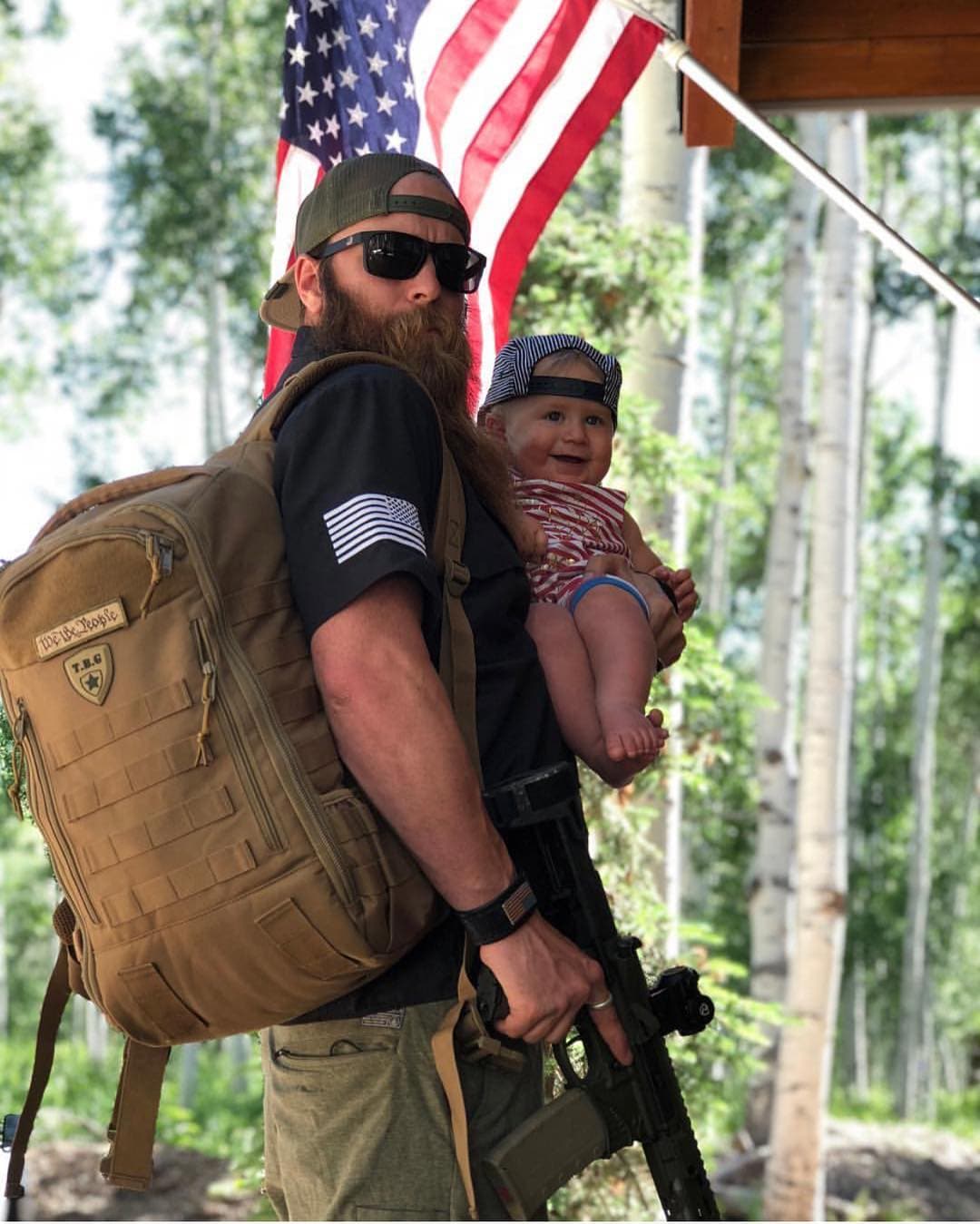 The operator look, complete with tactically styled bags, has been in vogue for awhile now but it seems that tactical inspiration is creeping into the world of parenting. In specific, that tactical aesthetic can now be found in the realm of diaper bags, but just like anything niche, one has to wonder is a tactical diaper bag necessary for gun owners?

Tactical diaper bags are designed just as they sound, with that ever popular tactical look. A tactical diaper bag functions as any standard diaper bag does. It’s goal is to give parents a means to organize and tote all important baby related necessities. From diapers to wipes to bottles and extra pacifiers, the tactical diaper bag meets all the expectations parents come to expect from a diaper bag but with the added attribute of offering a more stylistic approach.

As more fathers lean in on the parenting process, a trend spearheaded by the millennial generation, dads in particular are gravitating towards options that are less gender specific. High Speed Daddy founder Craig Risoli told Guns.com that as the father of three kids and as an Infantryman in the U.S. Army he wasn’t as keen on toting a flowery diaper bag design. Often opting for a generic tactical backpack when venturing out with his kids, Risoli said he realized there was a market not yet fulfilled. It was here that his life as a father and as a military man collided, and the High Speed Daddy brand was born. Risoli said that while tactical diaper bags may not be completely necessary for every gun owner or parent, they do offer a unique options for those who want a highly functional yet discrete means to pack…baby gear, that is.

“(Tactical diaper bags) are different – plain and simple. They look like a normal backpack – with a tactical aesthetic,” Risoli said. “It makes fathers feel more comfortable ‘keeping their manhood’ yet gives mothers a different option on the typical diaper bag.” 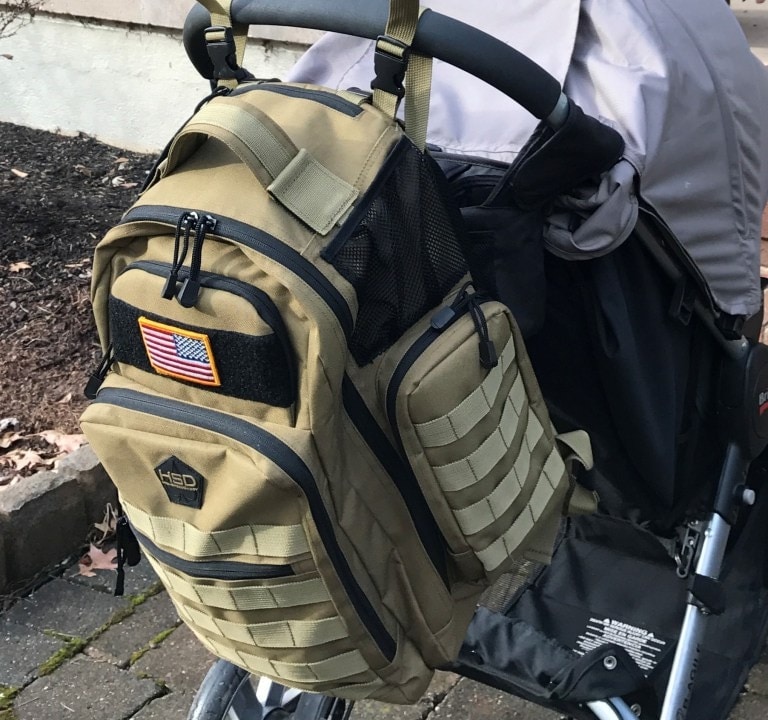 For Beav Brodie, owner and founder of Tactical Baby Gear, the tactical dad bag goes beyond just the aesthetics. While Brodie told Guns.com in an email that the operator look certainly wins some parents over, the biggest selling point of tactical diaper bags hits at the core of military gear in general — functionality.

“The look aside, the design of our bags makes them so much more utilitarian than the classic diaper bag. Rather than just one giant pocket that everything gets lost in, we applied the same principles used in making military gear to make our bags. Because of that, they’re far more durable than typical bags and way more organized,” Brodie explained. “Tactical bags have to allow the user to get every piece of equipment they need at a moment’s notice in high-stress situations. Our diaper bags are built the same way.”

Tactical diaper bags have come at a time when parents are more engaged than ever — especially fathers. A BabyCenter survey in 2016 found that millennial dads are actively involved in care giving. From tackling bedtime routines to phoning in doctor’s appointments and handing school drop-offs/pick-ups, the latest generation of fathers is out and about with their kids more now than ever. With this influx of involved dads, Brodie says the need for gear that accommodates this clientele is important.

“It might be weird to view it this way, but being a dad is really cool right now. It always has been, but more and more guys are wearing their fatherhood like a badge. They want to be that dad who is on the playground with their kids, patching up scraped knees and really investing their free time in their children,” Brodie said. “Having a really cool diaper bag shows everyone you mean business as a dad. And it’s not just about the look. It’s about having a diaper bag that can withstand a day in the life of today’s focused and committed father. That’s what we provide.”

While diaper bags abound at major retailers, there’s something specific about tactical diaper bags that keeps customers coming back.

“Something that sets our bags apart is that after your kids are out of diapers parents can still use these bags as normal backpacks because of the durability of the materials and because of the discrete factor,” Risoli with High Speed Daddy told Guns.com. “Whether it’s for hiking, school books, as an overnight bag, work/computer bag, at the gun range, etc.”

Risoli added that while the functionality is key to these style bags, ultimately for a lot of parents the tactical diaper bag idea circles back to that operator look and feel. “There’s a cool factor, a bit of uniqueness, in having one of these bags over the normal bag — it’s different.”