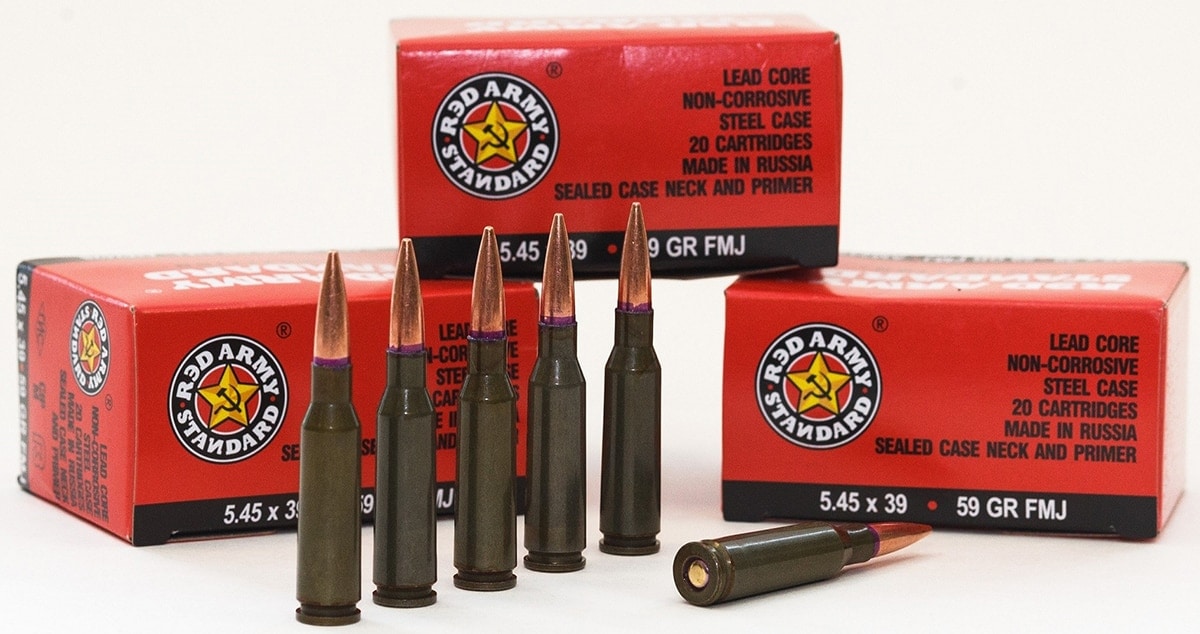 Century Arms releases new additions into its Red Army Standard Ammunition lineup, adding a Hollow Point Boat Tail version of its 7.62×39 as well as resurrecting the 5.45×39 FMJ for AK-47 fans.

The latest 7.62×39 Hollow Point Boat Tail, or HPBT, like the 5.45×39 FMJ is manufactured in Russia at the same factory as the Red Army Standard 7.62×39 FMJBT and .223 Rem FMJBT. Available for the first time in the U.S. for commercial sales, the 7.62×39 HPBT boasts a 124-grain HPBT bullet with bimetal jacket paired with lead core. The round features non-corrosive primers as well as a lacquered steel case for smoother feeding and extraction.

The 5.45×39 FMJ makes its reappearance after a year out of the U.S. limelight. The round touts a 59-grain FMJ bullet with sealed non-corrosive primer and a sealed neck. Century Arms says the company continues to expand the Red Army Standard lineup to give AK enthusiasts more options.

“We are continuously working on expanding the Red Army Standard Ammunition line to offer a wide variety of desirable calibers and we are very excited to offer these new additions to the consumer market,” William Sucher VP of Business Development said in a press release. “Right now, Red Army Standard Ammunition is imported only in limited quantities as we are focused on maintaining the highest levels of quality while we increase production.”