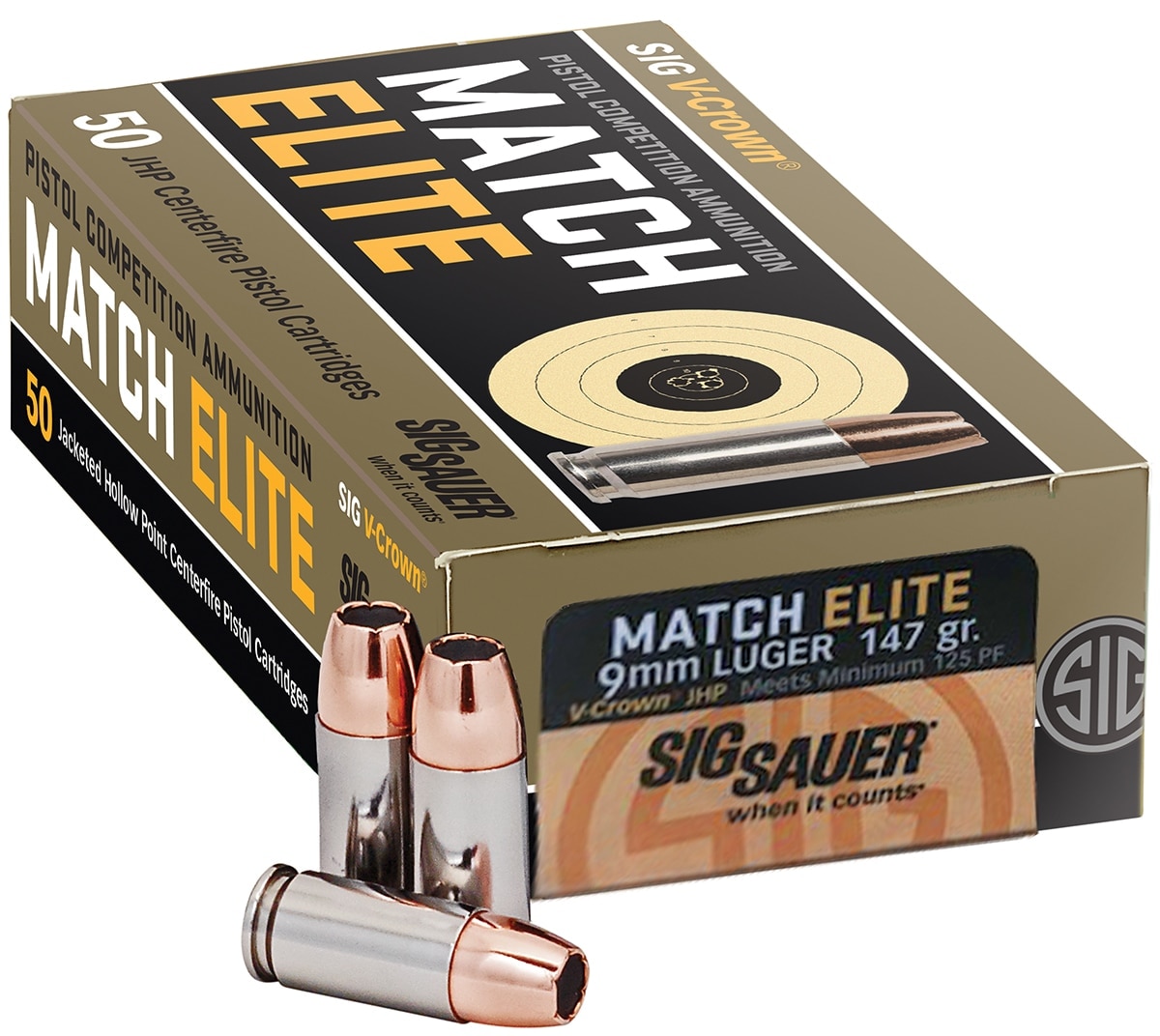 Criner added that the new pistol ammunition was created with input from renowned competition shooters Max Michel and Lena Miculek.

“This is the most accurate competition load I have ever shot,” said Max Michel, Jr., Captain of Team Sig. “The Sig Sauer Match Elite consistently delivers groupings of less than two inches at 25 yards versus four inches on average with other ammunition, making it the ideal choice for professional and everyday shooters who want to improve their performance.”

The Match Elite is only available online through Sig Sauer and is priced at $24.50 for 50 rounds. Cases of 10 boxes are also available.