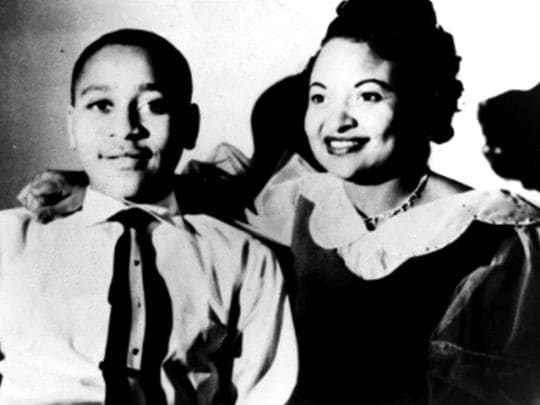 This undated family photograph taken in Chicago, shows Mamie Till Mobley and her son, Emmett Till, whose lynching in 1955 became a catalyst for the civil rights movement. (Photo: AP)

The Department of Justice quietly re-opened an investigation into the 1955 death of Emmett Till earlier this year, citing “new information in the case.”

While officials declined to elaborate further in a statement Thursday to USA Today, the department first revealed its decision in a February report to Congress detailing investigations of racially-motivated homicides prior to 1980.

Till’s savage murder in Money, Mississippi more than 60 years ago remains a turning point in the early Civil Rights movement. On the evening of Aug. 28, 1955, two white men abducted the 14-year-old black boy at gunpoint from his relative’s home after a local shopkeeper — Carolyn Donham, 21 — accused the teen of grabbing her and wolf-whistling at her three days earlier.

Donham’s husband and another man beat and shot Till to death before weighing his body down in the Tallahatchie River with a 75-pound cotton gin fan. An all-white jury acquitted the men four months later, though images of the teenager’s swollen and battered face — taken at his funeral in Chicago at the insistence of his mother, Mamie — rallied African Americans across the country.

“Mamie Till’s decision to allow African-American media outlets to display her son’s battered body was one of the critical events that galvanized African-Americans to fight to end America’s racial dictatorship through the Civil Rights movement,” said Alvin Tillery, a political science professor and director of the Center for the Study of Diversity and Democracy at Northwestern University, during an interview with USA Today.

The DOJ’s investigation comes one year after Timothy B. Tyson’s The Blood of Emmett Till detailed a decade-old conversation with Donham in which she admits lying about Till’s flirtations. It’s unclear if she will face any charges as a result of the book’s contents.