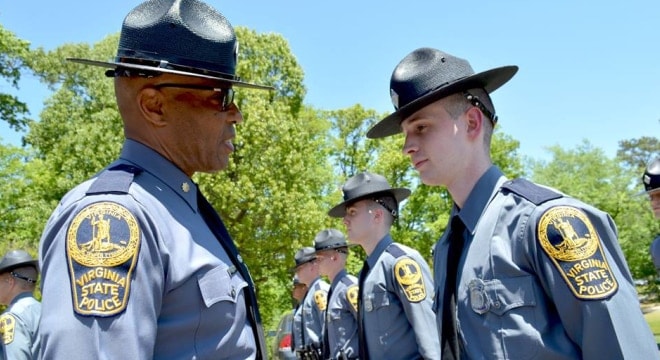 The Virginia State Police, established in 1932, is composed of three bureaus, with over 2,100 sworn troopers and special agents. (Photo: VSP)

Troopers and special agents working for the Virginia State Police will soon have a Sig P320 at their side.

Sig Sauer announced that the VSP had selected their increasingly popular modular, striker-fired handgun as their next official duty sidearm. As such, it keeps alive a lengthy tradition of the agency using Sigs — being currently equipped with various model P229s chambered in .357 Sig and having previously issued P228s as far back as the early 1990s. 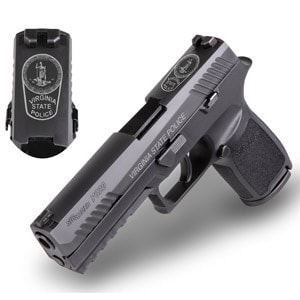 “Due to the modularity of the P320 the Virginia State Police now have the ability to easily customize their standard issue firearm for grip preference, without ever compromising the superior Sig Sauer accuracy, reliability, and safety features they have come to rely on,” said Tom Jankiewicz, Sig’s executive vice president for law enforcement sales.

Still a relatively new kid on the handgun market, the P320 was introduced four years ago but since then has since garnered a steady following of law enforcement departments while variants have been adopted by every branch of the U.S. military as the M17 and M18. Due to its modular design, it can be configured in full-size, carry, compact and subcompact models in either 9mm, .357 Sig, .40 S&W or .45 ACP.

Recently, state police in Texas and Oklahoma have chosen the platform as have municipal departments such as Tampa and Chicago have approved of the gun for carry.

According to Sig, the VSP will begin instruction and training on their P320 pistols and officially put them in the field with troopers sometime in 2019.

Speaking to the company’s current New Hampshire operations and the importance that is placed on crafting firearms not only for the commercial market but for use by first responder and the military, Sig released the below video last week.