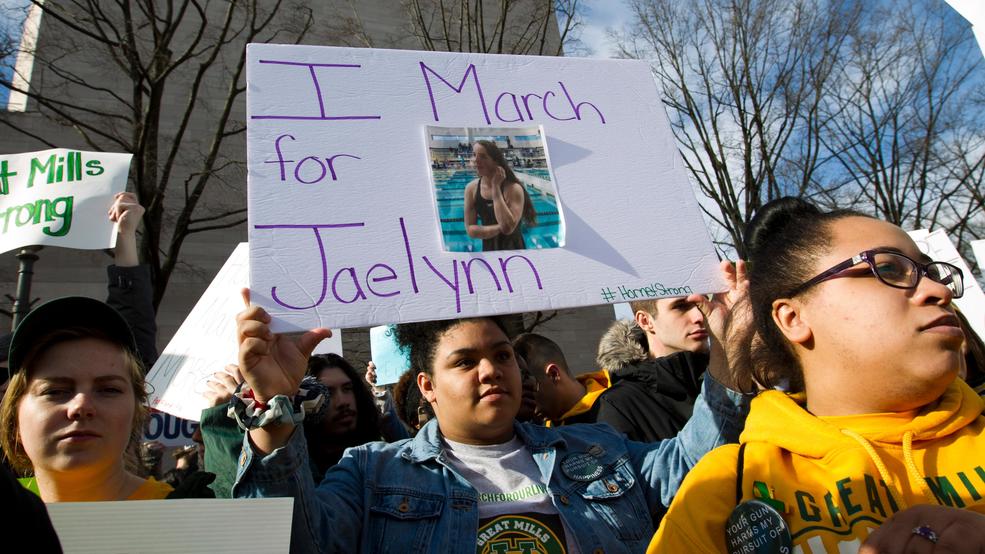 Survivors of a school shooting in southern Maryland will host a gun control rally in the state’s capital city of Annapolis later this month, according to a report from the Associated Press.

Students from Great Mills High School, where 16-year-old Jaelynn Willey was shot and killed by her ex-boyfriend in March, will collaborate with other teenagers across the state at a July 21 demonstration for strengthening gun laws.

Selene San Felice, a reporter at the Capital Gazette newspaper in Annapolis, will speak at the rally, according to reports. Five of San Felice’s colleagues died June 28 when a disgruntled reader stormed the newsroom armed with a shotgun and smoke grenades.

Willey, the second oldest of nine children and a competitive swimmer, died at University of Maryland Prince George’s Hospital Center three days after sustaining a gunshot wound to the head while walking to class March 24. Willey’s ex-boyfriend, 17-year-old Austin Wyatt Rollins, turned the gun on himself after the fatal attack.

“My daughter was hurt by a boy who shot her in the head and took everything from our life,” said Melissa Willey, Jaelynn’s mother, hours after the family took her off life-support. “It will be different forever.”

Students organizing the rally told the Associated Press they want Gov. Larry Hogan to punish those who fail to lock up their guns, among other issues. Notably, Rollins shot Willey with a handgun stolen from his father, according to law enforcement.