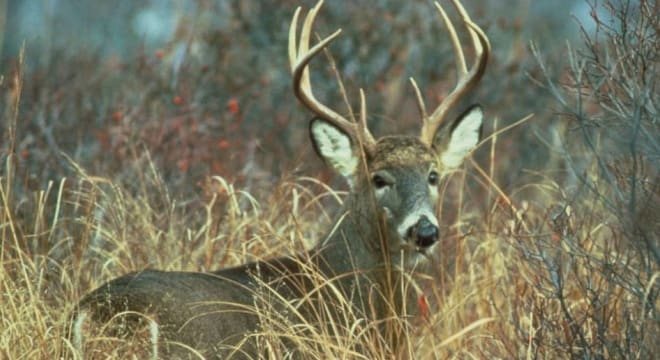 A popular bill to allow more opportunities to sportsmen in the state to take deer on both private and public lands was signed into law last week.

The measure, SB 198, picked up just a handful of “no” votes from lawmakers as it passed through the legislature and, veto-proof, was signed by Gov. John Carney, D, without comment on July 11. The move, which scrubs the 1915-vintage prohibition on Sunday deer hunting from state law, was billed as one that could expand the ranks of sportsmen in the state.

“Hunters are the fabric of many of Delaware’s families and communities, and they play a critical role in conservation for our state; however, outdated laws prevent them from the simple, beneficial activity of going out and hunting deer on Sundays,” said state Sen. Bruce Ennis, D, in a statement released through the Congressional Sportsmen’s Caucus. “I sponsored Senate Bill 198 so that we can update that law for the benefit of our families and our environment.”

Largely banned in the state for a century, in 2016 lawmakers passed an exception that allowed for just five Sundays per season on private and some public lands during which hunters could go after deer. However, with the size of Delaware’s herds expanding, more could be done to keep the population in check. According to the state Division of Fish & Wildlife, the harvest for whitetail in the state for last season — over 15,300 deer — set an all-time record. The bill signed this week drops the current limits to Sunday hunting and allows conservation officials to manage it based on resources. Further, the expansion allowing hunters to control deer under depredation programs.

“Prohibitions on Sunday hunting are old blue laws left on the books in just a handful of states,” said the National Rifle Association in a statement, arguing they deny sportsmen access to the outdoor resources paid for through Pittman-Robertson funds levied on sales of guns and ammo.

“Many hunters are prevented from introducing their children or friends to hunting because they are competing against organized sports and other activities on Saturday, which is currently their only opportunity to hunt outside of the work or school week,” said the gun rights group. “Countless hunters stop hunting because of the lack of opportunity, both in time and accessible land.”

Nationwide, numbers of hunters are falling. A recent five-year survey by the U.S. Fish and Wildlife Service reported the number of hunters drop from 12.5 million in 2006 to 11.4 million in 2016 although the general population rose by more than 30 million in the same period.