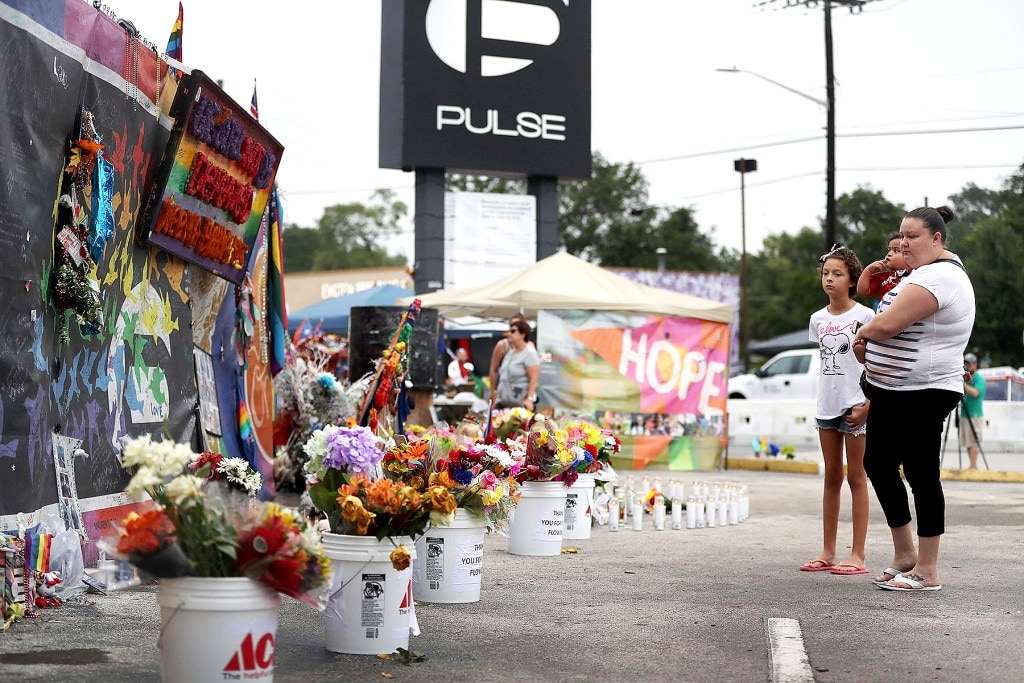 People visit the memorial to the victims of the mass shooting setup around the Pulse gay nightclub one year after the shooting on June 12, 2017 in Orlando, Florida. Omar Mateen killed 49 people at the club a little after 2 a.m. on June 12, 2016. (Photo: Joe Raedle/Getty Images)

Relatives of three Orlando shooting victims asked a federal appeals court this month to revive a lawsuit against the social media companies they claim helped radicalize gunman Omar Mateen before the 2016 attack.

A federal judge in Michigan dismissed the suit in March — the same day an Orlando jury acquitted Mateen’s widow on charges of aiding and abetting and obstruction of justice — noting there’s no evidence any of the ISIS propaganda found on Facebook, Twitter and YouTube directly influenced Mateen to murder 49 people at Pulse nightclub on June 12, 2016.

“The only conduct involved with the attacks that is described with any particularity is Mateen’s,” U.S. District Judge David Lawson concluded in a March 30 opinion, pointing out that none of the companies nor ISIS itself participated in the shooting.

“Without Defendants Twitter, Facebook, and Google (YouTube), the explosive growth of ISIS over the last few years into the most feared terrorist group in the world would not have been possible,” Keith Altman, counsel for the victims’s families, wrote in court documents. “Plaintiffs’ claims are based not upon the content of ISIS’ social media postings, but upon Defendants provision of the infrastructure which provides material support to ISIS.”

As of December 2014, more than 70,000 Twitter accounts showed active ties to ISIS, with 90 ranking as “official,” according to court documents.  Mateen allegedly “self-radicalized” via this internet-based propaganda and pledged allegiance to the Islamic State during an hours-long standoff with police.

The FBI previously investigated Mateen in 2013 after coworkers reported his inflammatory comments, but were never able to make solid connections to any terrorist groups.