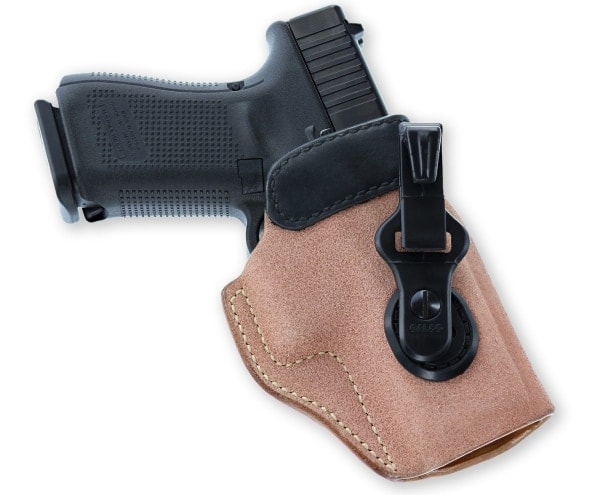 Galco redesigned its Scout holster to offer more variety in terms of carry through the UniClip or Ultimate Stealth clips. (Photo: Galco Gunleather)

Galco Gunleather overhauled its Scout IWB holster, announcing that the 2018 version will feature some upgrades to make concealment even better. 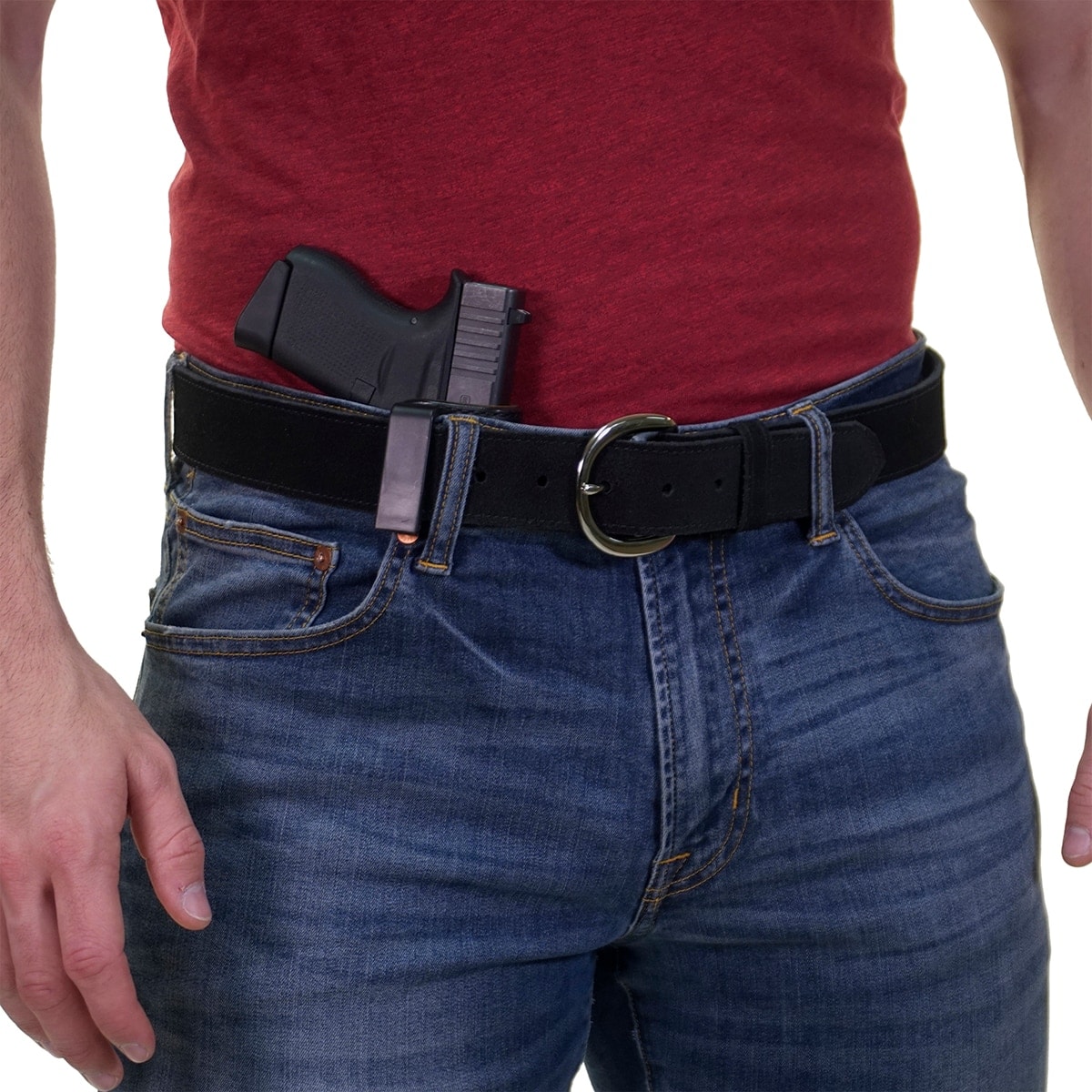 The holster is capable of being placed strongside,in a crossdraw position or AIWB. (Photo: Galco Gunleather)

The ambidextrous open-top holster is designed so that the rough side of its leather is facing out allowing for more stability while concealed in the waistband. The mouth of the holster boasts a reinforced design, granting an easier re-holstering of gun in the the rig.

The Scout makes its debut with a natural finish with black mouth band and models fitting most popular concealed carry handguns. The inside-the-waistband holster retails for $83.