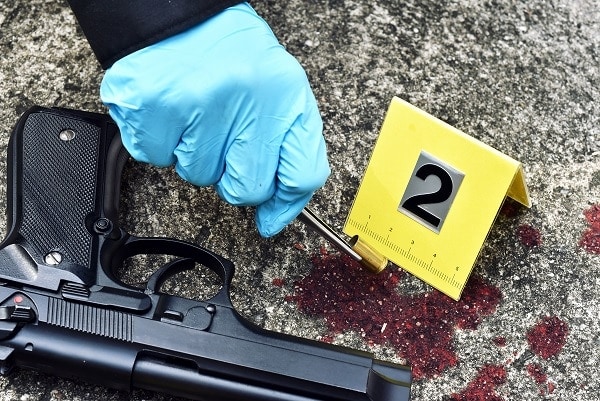 Federal investigators based in Philadelphia analyze 65,000 shell casings annually, according to a new report from NBC10.

Agents with the Bureau of Alcohol, Tobacco, Firearms and Explosives began collaborating with the city’s police department two years ago, collecting and examining every bullet and shell casing discovered at crime scenes.

ATF Assistant Special Agent in Charge Robert Cekeda said the city’s previous methods proved inefficient, but with the resources of the agency’s National Crime Gun Intelligence Center at the ready, investigators apprehend more violent criminals than ever before.

“It allows us to take all of our collaborative efforts and to identify, investigate, and incarcerate the trigger-pullers,” he said.

In decades past, police only tested ballistics for trial, Cekeda said, leaving thousands of shell casings piling up in evidence lockers. With new technology from the ATF, however, investigators tied a 2015 shooting in the city’s Kensington neighborhood to a string of violent robberies attributed to a single suspect — now serving 178 years in prison.

Kansas City, Phoenix, Milwaukee, Los Angeles and Washington, D.C. manage similar programs — the three latter of which received approximately $1 million in federal funds in 2016 to expand the initiative. The ATF first launched the CGIC in Denver in 2013, where a team of local, state and federal investigators used timely ballistics testing to link over 170 shootings and recommend targeted inspections of gun dealers “identified as sources of crime guns.”

Assistant Attorney General Karol V. Mason, who worked in the Office of Justice Programs in 2016, said the agency remains committed to aiding “local partners …. to drive down crime and maintain public safety for the long run.”

“These new resources will expand community capability to investigate and prosecute gun offenses and support data sharing and other technological solutions to serious violence challenges,” she said.