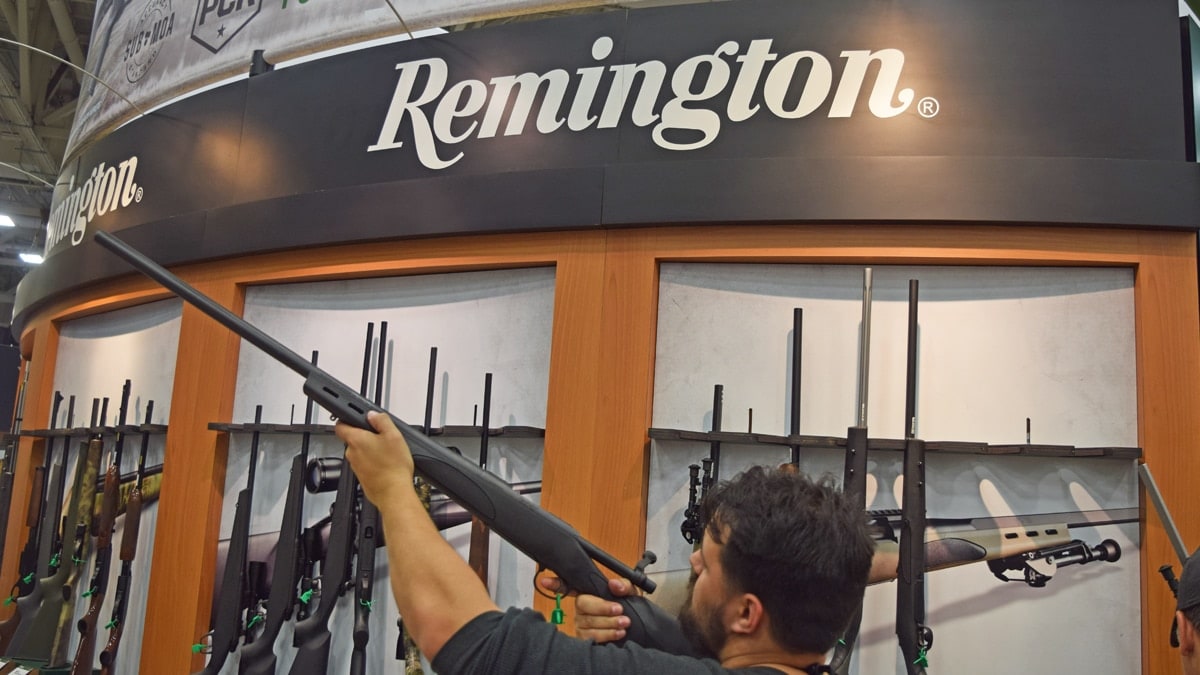 A fan checking out a Remington rifle at the company’s booth during the 2018 NRA convention in Dallas. (Photo: Daniel Terrill/Guns.com)

Remington turned down a purchase offer from one of the largest Native American tribes in the country, according to a report from the New York Times published this week.

The Navajo Nation — encompassing 350,000 members across 27,000 square miles in Arizona, New Mexico and Utah — offered the iconic gun maker between $475 million and $525 million in cash in a draft letter obtained by the New York Times in May.

The tribe’s plan for the company, however, included discontinuing the sale of modern sporting rifles, ramping up contracts with law enforcement and military and using profits to invest in “smart gun” technology. The Native American Incentive Act would give the tribe a leg-up in obtaining lucrative government contracts, according to the newspaper.

The only guns left for public consumption would be rifles and shotguns for hunters, according to the tribe’s lawyer, Drew Ryce. Plans also existed for production to move onto the reservation, providing jobs for its members. The Navajo Nation employment rate exceeds 70 percent, Ryce said.

“Navajo is a community of veterans and people of the land,” Ryce told the newspaper in an email Monday. “We are indifferent to the AR-15 and happy to leave that business behind.”

Remington emerged from Chapter 11 bankruptcy proceedings in May and now belongs to Franklin Templeton and JP Morgan Chase — both former creditors of the company.

A banker representing the Navajo Nation in the deal, Christopher Wu, told the New York Times the company just wasn’t ready to consider any offers so soon after its restructuring.

“The conversation was cordial,” he said. “He conveyed an official message from the board thanking us for our interest in pursuing a strategic transaction. He let us know that the company at this time is not prepared to engage with third parties and they required time after their reorganization to assess their business.”