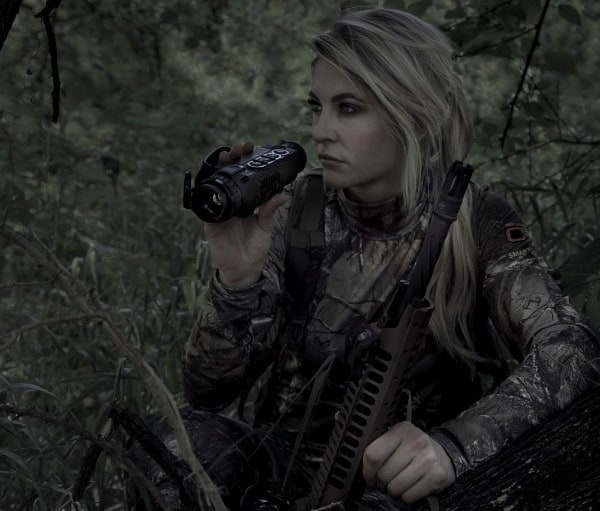 The full-featured thermal monocular continues the Helion series featuring all the attributes hunters have come to love out of the series to include audio and video recording as well as eight color display modes. The Helion XQ28F boasts variable magnification in addition to a rugged glass-nylon composite construction and IPX7 protection.

Powered by an 8-hour rechargeable battery, the Helion XQ28F provides Wi-Fi compatibility, granting users the ability to use Pulsar’s StreamVision app alongside the device. The app allows the unit’s display to be viewed on users’ smartphone and tablet devices using them as a remote control for the Helion. The StreamVision App also takes technology a bit further permitting users to stream video, transfer data and update the Helion’s software efficiently and easily.

The Helion XQ28F thermal monocular is available through Pulsar with a MSRP of $2,419.