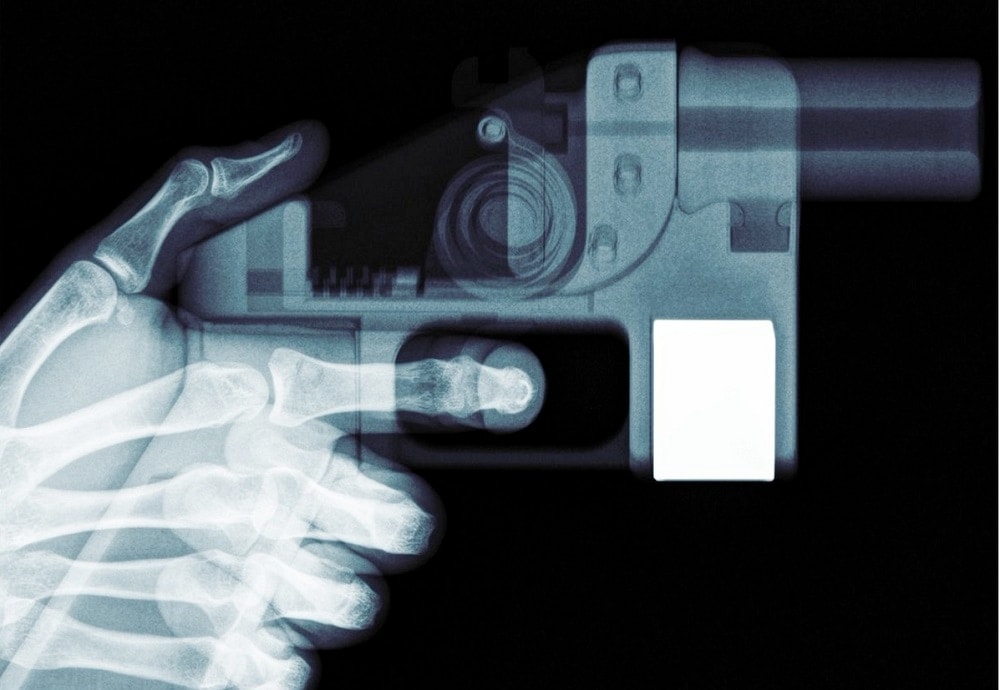 An x-ray of the (mostly) plastic Liberator .380 ACP pistol which sparked the 3-D printed gun debate in 2013. (Photo: DefDist)

With downloadable gun plans grabbing national headlines, Democrats and gun control groups are pushing for more regulation — which is a sure sign that they don’t understand 2018.

On Capitol Hill, Senate Minority Leader Chuck Schumer, D-NY, last weekend blasted a pending move by President Trump’s State Department to greenlight a Texas-based pro-gun group’s ability to post plans online for “non-automatic firearms up to .50-caliber,” such as the popular AR-15 and other semi-autos.

“Why in God’s name is this administration allowing this to happen when it never was allowed before?” said Schumer. “We’re asking them to immediately rescind such action, and if they don’t, we will try to pass legislation preventing that. It makes no sense.”

However, Israel concedes in his piece that the current regulations on such guns still stand regardless of any pending move by the State Department. The Undetectable Firearms Act, signed into law by President Ronald Reagan in 1988, requires each gun made or sold in the country to have 3.7-ounces of metal content and is set to run through at least 2023. 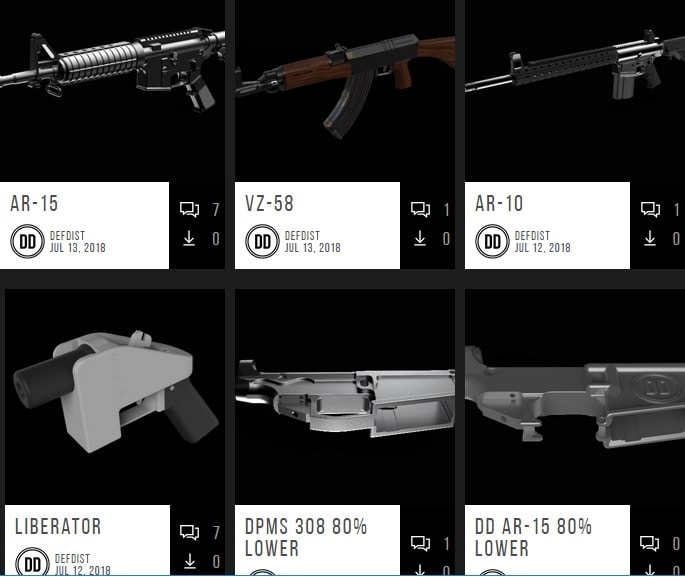 DEFCAD is set to make more than just the Liberator available in August. (Photo: Screenshot)

The Texas group at the heart of the controversy is Cody Wilson’s Defense Distributed, which is set to relaunch their DEFCAD project next month after a settlement negotiated with the State Department in a long-running lawsuit. Essentially, State argued it did not challenge the First Amendment right of Wilson to distribute the 3-D gun files domestically, only that it took an exception to the unfettered international distribution of what they argued was information that could be used by others to produce guns overseas, citing a violation of the International Traffic in Arms Regulations.

That objection is set to fall by the wayside as a result of the proposed settlement and DEFCAD, public and free to use, is ready to host CAD files for AR-15s, AR-10s, Czech Vz.58s, M1911 handguns and even popular guns such as the Ruger 10-22 and Beretta M9.

With the clock counting down to DEFCAD once again going live some five years after the federal government moved to shutter it, Everytown has mounted an online campaign to pressure Secretary of State Michael Pompeo to back out of the settlement, which both sides agreed to in June. The anti-gun group contends that allowing DefDist to move forward would “enable terrorists, convicted felons, and domestic abusers to simply download files online and print their own illegal and untraceable guns,” and that, “It’s unconscionable to allow criminals to print untraceable guns on demand.”

What Everytown does not acknowledge is the fact that many of the past downloaders for Wilson’s single-shot Liberator pistol when it went live for the first time in 2013 were overseas in countries such as Spain, Brazil, Germany and the UK, and were quickly shared and torrented worldwide. More to the point, Wilson’s group is not unique as a number of sites since then, such as FossCAD and GrabCAD, have long made 3-D gun files available to millions over the past several years. Code, once created and shared so extensively, is almost impossible to destroy. Going back even further, low-tech open source firearms plans and patent drawings have been circulating freely for centuries.

Still, with the federal government backing away from DefDist, Wilson sees the practice of downloadable gun files as moving into the mainstream. “I currently have no national legal barriers to continue or expand DEFCAD,” he wrote in an email to TechCrunch. “This legal victory is the formal beginning to the era of downloadable guns. Guns are as downloadable as music. There will be streaming services for semi-automatics.”