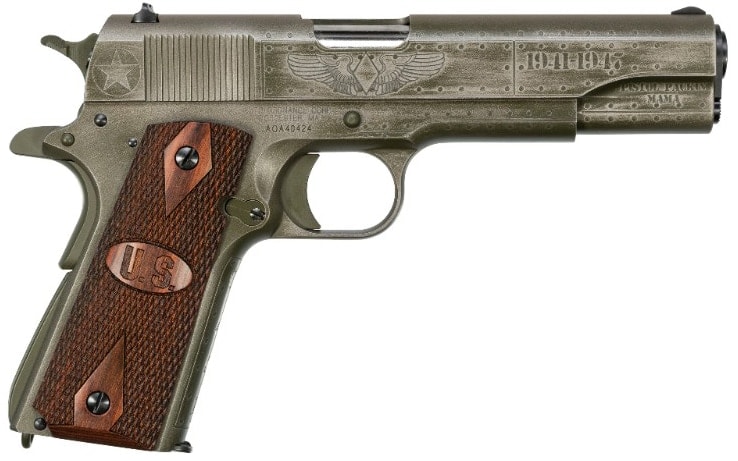 The Fly Girls pistol is a continuation of the company’s custom 1911 series commemorating the sacrifices of the men and women who supported America during World War II. The Fly Girls edition pays tribute to the Women Airforce Service Pilots.

More than 1,000 women acted as pilots during the war, manning aircraft and supporting their male counterparts. The WASPs were pioneers in aviation and faced challenges head-on, with 38 women giving the ultimate sacrifice by war’s end.

The Fly Girls pistol honors the WASPs with an engraved and Cerakote finished handgun featuring the diamond-shaped badge of the Women’s Air Corps — designed after the Greek goddess Athena’s shield. The 1911 also features the dates of the WASP service, 1941-1947, and the slogan “Pistol Packin’ Mama.” 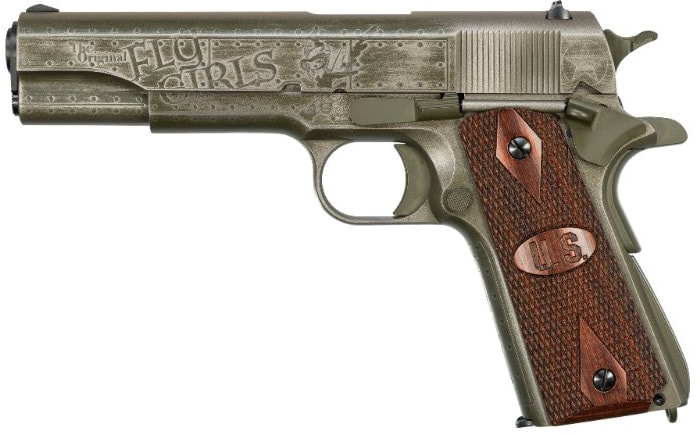 On the left side of the 1911, the title “Original Fly Girls” is engraved alongside the cartoon gremlin “Fifinella,” the WASP mascot a design by Walt Disney.

“As part of Auto-Ordnance’s ongoing series of custom 1911s paying tribute to the men and women who supported America’s drive towards victory in World War II, we are proud to introduce the “Fly Girls” 1911,” the company said in a news release. “Auto-Ordnance is proud to honor the dedication and sacrifice of the WASPs with this beautiful engraved and Cerakote finished custom 1911 pistol!” 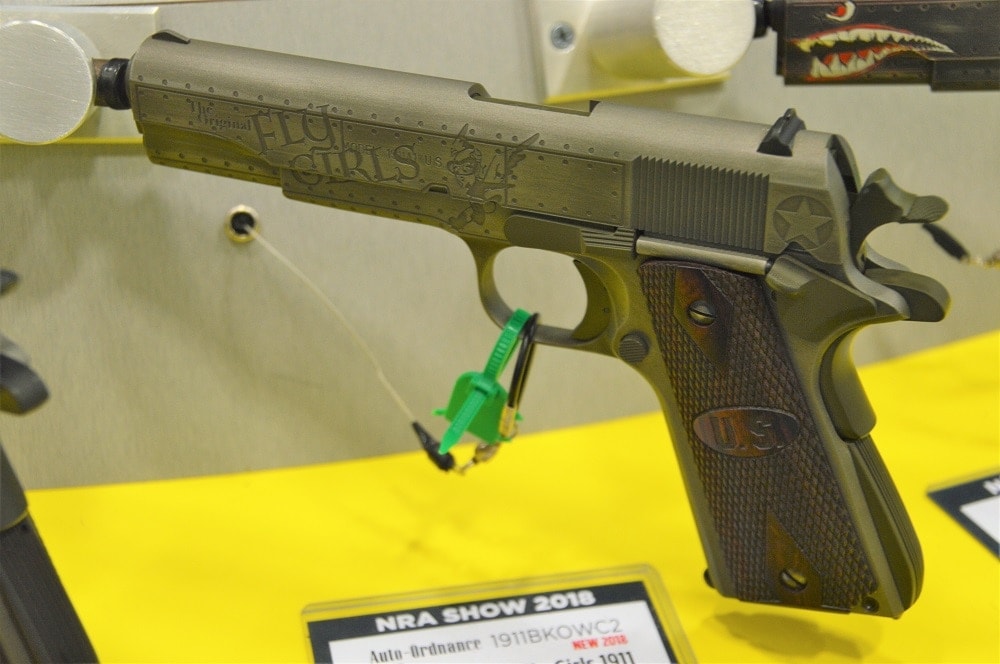 The Fly Girls commemorative 1911 is available through local dealers with a price tag of $1,091.