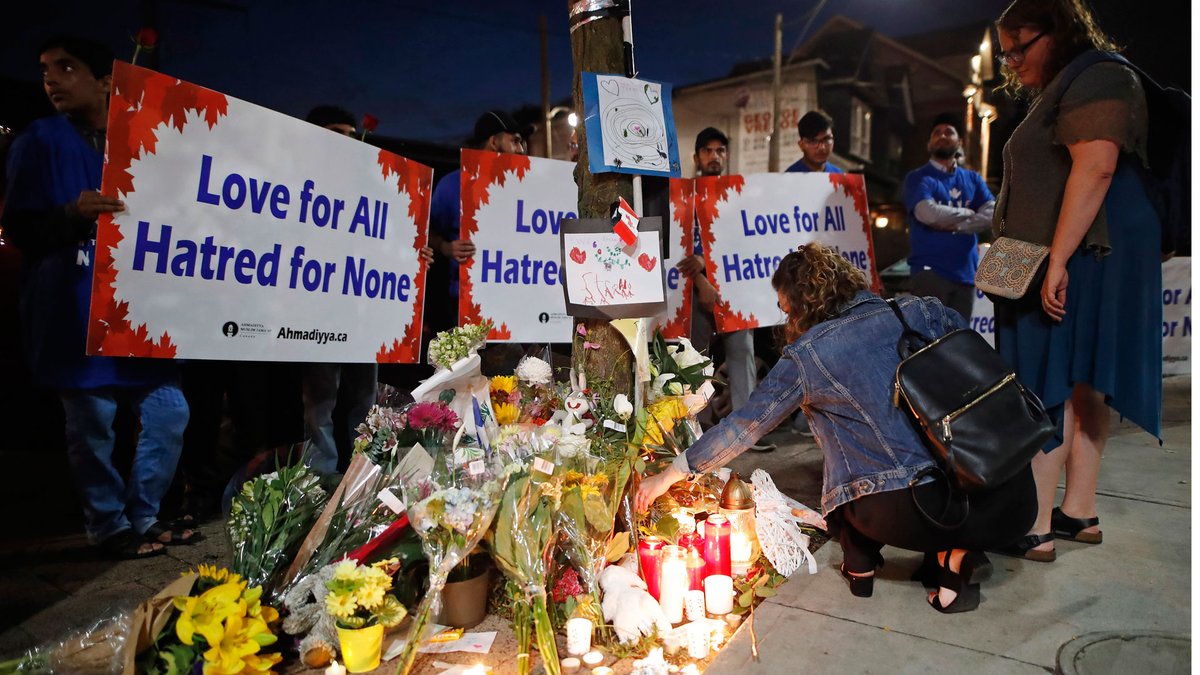 People place flowers and candles at a makeshift memorial remembering the victims of a shooting on Sunday evening on Danforth, Ave. in Toronto on Monday, July 23, 2018. (Photo: Mark Blinch/The Canadian Press)

Canadian officials confirmed two people died and 13 more were injured over the weekend when a gunman opened fire on a busy street in Toronto’s Greektown district.

Police responded to Danforth Avenue just after 10 p.m. Sunday and chased the shooter, identified as  29-year-old Faisal Hussain, to nearby Bowden Street, where a gunfight ensued. The Ontario Special Investigations Unit confirmed Hussain’s body was found lying 300 feet away from the scene.

A 10-year-old girl and 18-year-old Reese Fallon were both killed, according to police. Eight women and seven men, ranging in ages 10 to 59, were wounded during the shooting, according to a report from the BBC.

Police have yet to release a motive, but in a statement to various media outlets, Hussain’s family said he struggled mental illness, including depression and pyschosis for most of his life.

“We are utterly devastated by the incomprehensible news that our son was responsible for the senseless violence and loss of life that took place on the Danforth,” the family said a statement shared with Canadian media outlets. “The interventions of professionals were unsuccessful. Medications and therapy were unable to treat him. While we did our best to seek help for him throughout his life of struggle and pain, we could never imagine that this would be his devastating and destructive end.”

Prime Minister Justin Trudeau tweeted his condolences early Monday as other local leaders publicly questioned the city’s gun laws. “My thoughts are with everyone affected by the terrible tragedy on the Danforth last night in Toronto, and may the injured make a full recovery,” Trudeau said. “The people of Toronto are strong, resilient and brave – and we’ll be there to support you through this difficult time.”

A GoFundMe campaign for the shooting victims has so far raised more than $16,000.