See what this custom gun builder uses for his EDC (VIDEO)

In October of 2015 Freedom Defense Tactical (FDT) opened its doors. The shop is owned and operated by Christian veterans. Manny “Graf” Grafia is the business’ primary operator and is accompanied in ownership by business partner Leo “Z” Zelada.

FDT sells all sorts of tactical gear, ammo, apparel. and of course, guns. They also offer the Texas LTC—License To Carry handgun class, basic familiarization courses, a youth, ladies, and seniors course. They also teach transition courses and they have a Reflexive & Reactive Shooting League. Graf has seen is popularity boom in recently, both with locals and travelers afar, due to the unique guns he can create. He is trained armorer with a flair for the unusual. Whatever you might have in mind, he’ll figure out a way to build it. 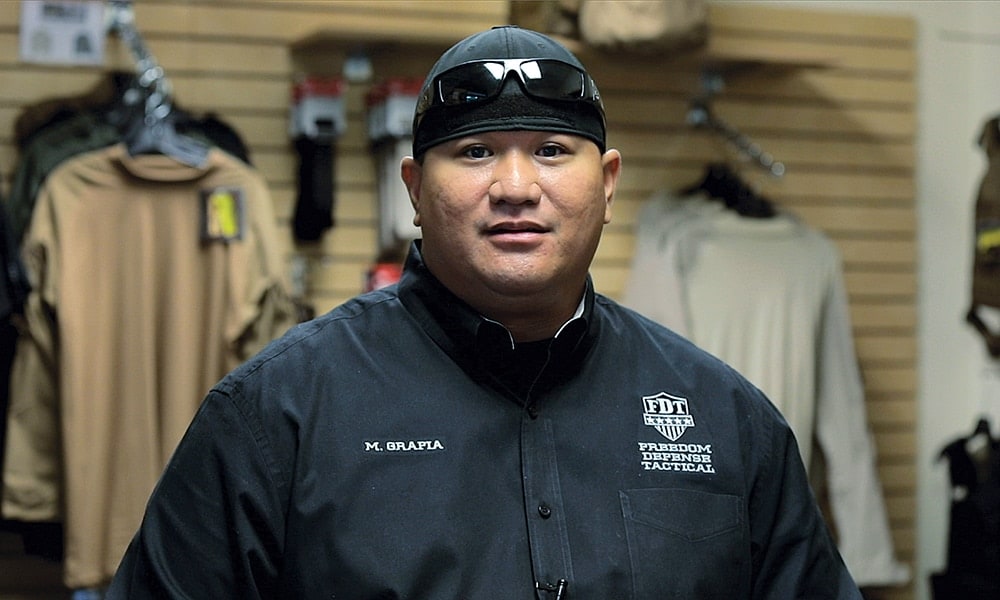 Graf’s choice for his every day carry is the Glock 43. The Glock 43 is a relatively new design and for many owners it has replaced the Glock 19 as a preferred conceal carry due to its slightly smaller frame size.

He touts the relatively good shot pattern of the Glock 43, especially considering it is in the sub compact class. He has customized his G43 a bit, outfitting his with a Silencerco threaded match barrel. He also upgraded to a Zev Technologies trigger as he prefers a smoother pull and faster reset.

Texas is an open carry state but Graf prefers to maintain carrying his weapon concealed. He feels in an active shooter situation he does not want to make himself a target and also feels the element of surprise would give him a distinct advantage. 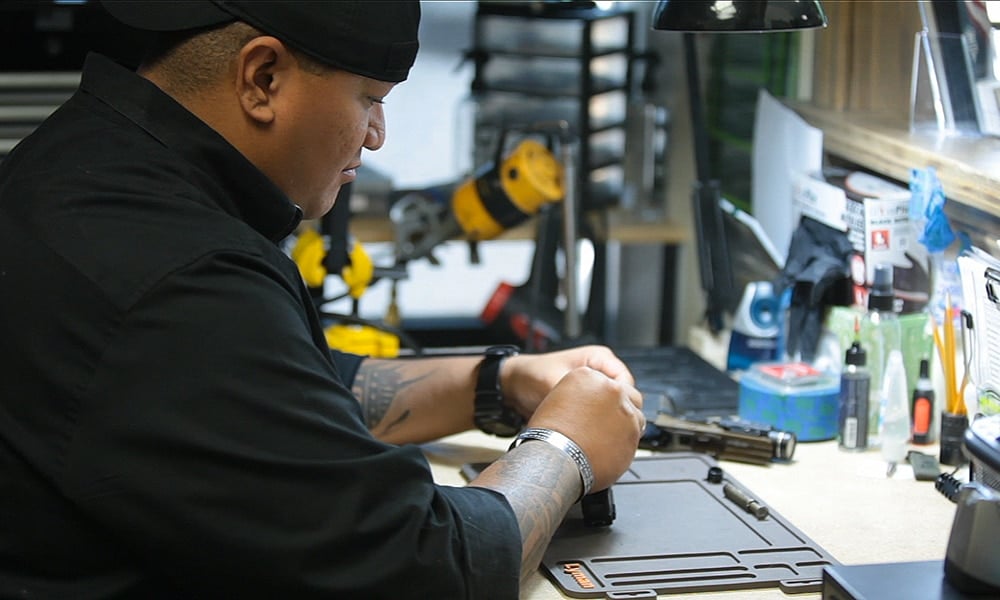 For his holster he utilizes a Kydex “pancake style” holster. Graf purchases the Kydex material in sheets and custom makes the holsters in house. Since the temperatures in Texas get extremely hot he cuts the material to create a high sweat band on the holster to prevent the gun from being next his skin decreasing the chance for rust. He heats up the Kydex and uses a vacuum press or thermal foam press to form fit it to the particular gun. He also fits it to the customers body increasing comfort while maintaining a low profile. To aid in retention but keeping a fast draw in mind, he slightly tightens the material around the ejection port and trigger well. His ammo of choice is Hornady Critical Defense, hollow point or G2 Research jacketed hollow point segmented round.

After spending some time with Graf you’ll find it very clear that he loves what he is doing. And it shows in the quality and detail of his work. I’ve been to many gun shops in my life, and I find some to seem somewhat pretentious. Not here, you won’t meet a nicer guy, even if you just want to shoot nothing but the breeze he’s more than happy to do so. 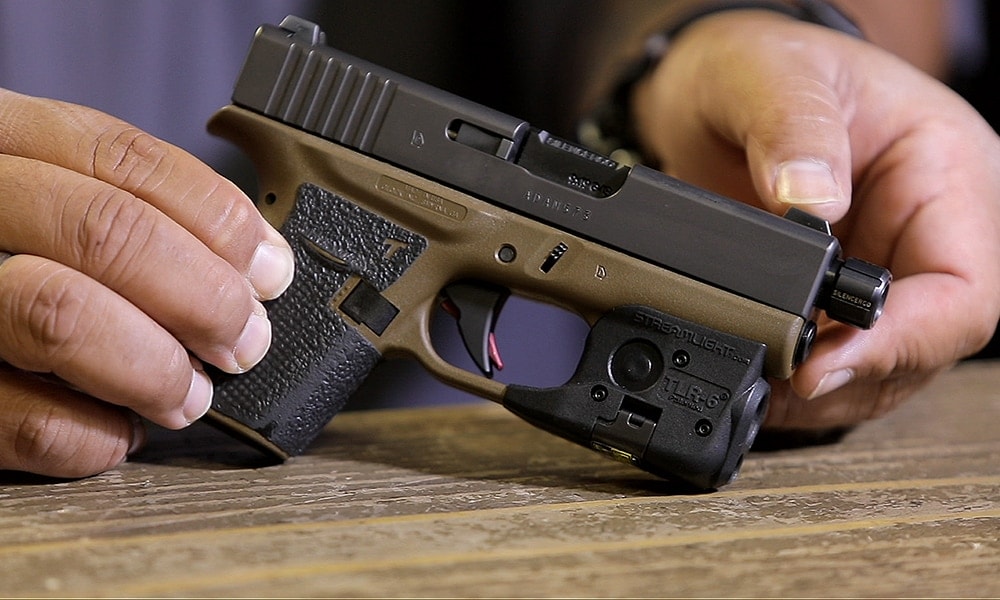 Graf served multiple years in both the military and law enforcement before beginning this venture with business partner and brother in arms, Leo Zelada. He is a single father of two elementary aged sons, Makoa, 9 and Kaleo 7, whom coupled with his Christian faith, is the basis and foundation of everything he does. Graf is responsible for primary operations, retail sales and training sectors of the business.

Z also served in the military and upon separation from the U.S. Army attended Culinary School in California before his wife Sam enlisted in Active Duty in the U.S. Army. Z and his wife, Sam, have a daughter, Evie, 7, and newborn son, Jackson. Z was the primary financier of the operation and was the one that encouraged his business partner Graf to establish FDT.