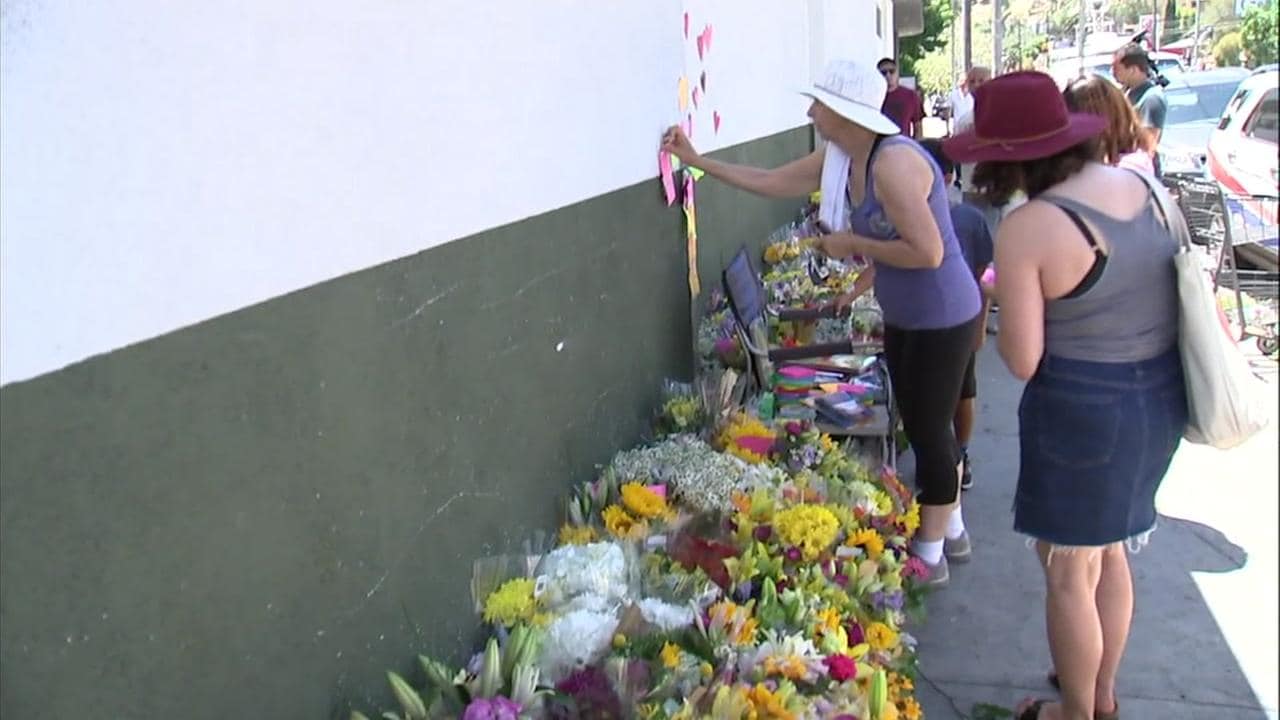 Hundreds of notes and flowers have been left at the Trader Joe’s in Silver Lake as a tribute to the store manager who was killed in a hostage standoff and shooting on Saturday. (Photo: KABC)

Trader Joe’s will keep its location in Silver Lake, California closed until further notice after police shot and killed a manager over the weekend.

Officials for the grocery chain released a statement Sunday calling the incident “terrifying and unimaginable” and “the saddest day in Trader Joe’s history.”

“Our Silver Lake store will remain closed until further notice to give our crew members time to process yesterday’s events,” the company said. “We will continue to do whatever we can to support them.”

“The destructive and tragic consequences one person can inflict are at the forefront of our minds tonight, as is the valor and dedication of our men and women who strived to protect so many innocent people,” said LAPD Chief Michel Moore via Twitter. “Our thoughts, prayers and hearts are with all effected by this senseless incident.”

Moore confirmed Tuesday officers killed Corado during a shootout with the gunman. “I know it’s every officer’s worst nightmare to harm an innocent bystander during a violent engagement,” he said. “Both officers are devastated … that a person died in their efforts to stop Atkins. This is a heartbreaking reminder of the split second decisions officers must make everyday.”

Atkins’s crime spree began hours earlier, Moore said, when he shot his grandmother, Mary Elizabeth Madison, multiple times during a heated argument at their home in South Los Angeles. He then kidnapped a woman believed to be his girlfriend and drove her around in his grandmother’s Toyota Camry before police caught up with him in Hollywood. Atkins fled, firing out the back window with law enforcement in pursuit. He crashed the vehicle into a light post outside of Trader Joe’s, where he sought refuge for three hours before surrendering.

“She has a long journey ahead but everything is looking good,” he said. “We would like to send our deepest condolences to everyone that was affected by this horrible tragedy.”

Editor’s Note: The article was updated at 9:01 a.m. EST to reflect LAPD confirmed officers shot and killed Melyda Corado. The original story was filed before investigators released this information.